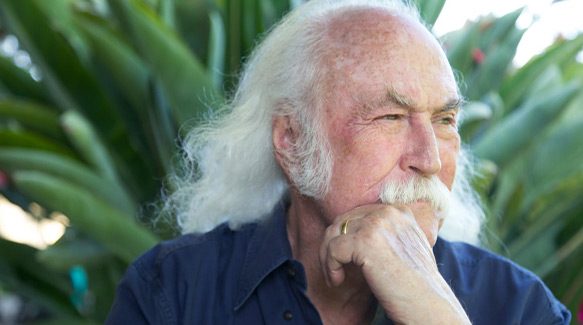 Great singer-songwriters are unique in their own way.  Some gain a voice with the times, others have a voice that is timeless. Son of an Academy Award winning cinematographer Floyd Crosby and Poet/Singer Aliph, David Crosby was given the gift of his first guitar at the age of sixteen. Carved by the times, troubadours transformed Greenwich Village into a gathering place, giving birth to The Byrds, and eventually Crosby, Stills, Nash, & Young. Five decades later, a lot of life has passed for David Crosby. Within it all is a discography that includes some of Rock-n-Roll history’s greatest projects, and now David Crosby adds to his length resume with his latest solo album Lighthouse. Coming two years following Croz, it marks the fifth overall solo studio album for the seventy-five year old Crosby when released back on October 21st, 2016.

Released on October 21st via GroundUP Music, Lighthouse is nine songs in total brought together like cinematic poetry with acoustic guitar accompaniment. Lush textures resonate throughout each song as a commentary from a man of maturity. In addition, politics, love, society, and purpose resonate throughout the album. For all these reasons, the voice is still pure Crosby, who has always been a songwriter with a message and a duty to point the finger towards truth.

Opening with a love song to his wife of forty years, “Things We Do For Love” is a testament to the possibilities of real love and its existence.  While Crosby’s voice is ethereal and in a sense disconcerting, it is still very pure. Then there is “The Us Below” which kicks up the tempo with trademark inventive musicianship. Open and airy, a universal introspection on the state of being sets into the music. Gracefully flowing along to “Drive Out to the Desert,” Crosby hits that sweet spot of the storytelling. This is guided meditation, complete with a taste of eastern stylistic flavor on the guitar, offering the listener a feeling of peace.

Flickering back to a protest song, “Look In Their Eyes” may seem familiar with lush harmonies and layered melodies. A deeper listen shows an adeptly crafted song that can be applied to any place of conflict in the world. Beautifully melodic, there is “Somebody Other Than You” which is contrasting in style and theme, bringing to mind the genius of  Crosby, Stills, Nash and Young’s “Guinevere.” Leading toward the final stretch, “The City” adheres to no strict contours and before the elegant piano of “Paint You A Picture.” Then there is “What Makes It So,” with a voice of confrontation that calls to mind past genius, but not a stifling echo of what was. Finally, “By the Light of Common Day” closes out the effort, telling the story of a life well lived.

Having lived life fully, somehow every brush stroke is here for Crosby. Unlike many aging musicians, Crosby still delivers with a purity that fans have grown to love. For a man who is now one of the patriarchs of Folk Rock, the sweet harmonies and purposeful guitar work prove that some artists never lose their sound in spite of detours off the path. CrypticRock gives Lighthouse 5 out of 5 stars. 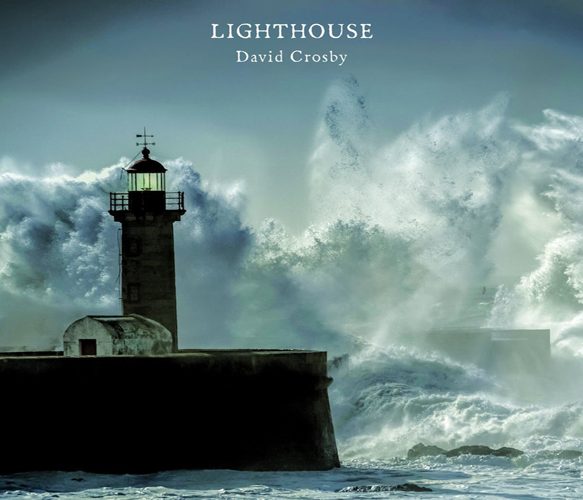