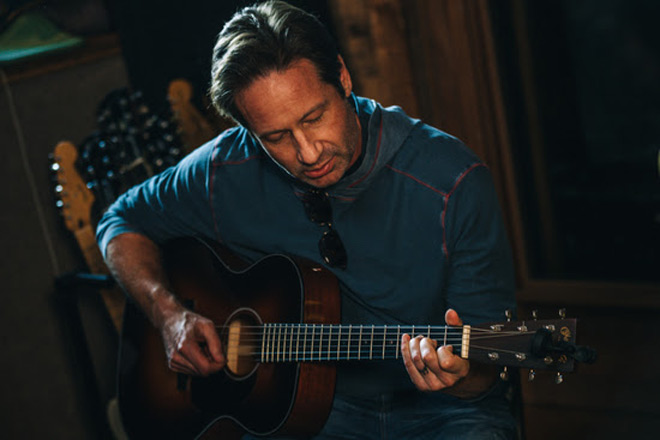 Sometimes really talented individuals find themselves making art in another medium from where they initially began. Such is the case with David Duchovny, a guy who picked up guitar in his downtime, who is now set to digitally release Every Third Thought via King Baby/GMG on Friday, February 9, 2018 with physical CD and vinyl releases to follow.

Contrary to his first release, 2015’s Hell or High Water, with its Folk vibe, this latest album offers up a more Rock feeling, tripping in with simplistic, artistic choices lyrically blending the two. As a songwriter, Duchovny has stayed true to himself; a truly refreshing characteristic for a modern musician. The album was recorded at Atomic Sound in Brooklyn, New York, and one of the most refreshing aspects listeners might hear is the essence of bands like the Byrds in Duchovny’s music.

The twelve songs included on this latest release are a satisfying blend of Indie Rock that pulls in influences from the best of 1960s and 1970s Rock. Rolling in with “Half Life,” the songwriter shines with interesting lyricism hooked into a simple, straightforward song structure; this is not rocket-science but it is toe-tapping Rock for sure. Working from there into the title track, “Every Third Thought,” it is apparent that Duchovny is a talent regardless of what creative outlet he is working in. With a more haunting vibe than the previous track, this cut has a message; reflecting back, the rearview mirror is always broken. Definitely cool musically, this song has Soul.

“Maybe I Can’t” eases into that softer side of the artist, taking a step back. Lyrically, this song could have had more depth, and musically it is too stripped with no soul; there are some positives here but it feels rather self-indulgent for listeners. A third of the way through, “Stranger in the Sacred Heart” brings back a more interesting instrumentation with violin to support the vocals. Emotionally building, creating energy and heightened expectation as the song grows, there is some great guitar work here, creating a track that is a single in itself.

Shifting back into that Folk feel, “‘Mo” is a stellar piece of songwriting. A flash of troubadour in this simple unadorned message, the lyrics say it all: less can be more and often that is best. This is the wheelhouse where Duchovny shines! Sticking with that success, “Someone Else’s Girl” is musical storytelling at its finest, angst and ache but all about the what if. The best parts of Every Third Thought are the cuts that find a voice that is authentic, this being one.

Heading back towards heavier Rock, “When the Whistle Blows” could have been grittier, thus offering up a more satisfying track. “Spiral” shifts back to that great stuff that Duchovny lays out for listeners; with some stellar guitar work this song sings, highlighting a withdrawn vocal delivery that is a trip. Mixing the tempo up with “Roman Coin,” this may be one of the best written songs lyrically and, from start to finish, the story works.

Embracing the Indie Folk Rock voice, “Jericho” oozes emotions both beautiful and poignant. At the end of the album, listeners get a painting for the ears: the metaphor driven “Last First Time” is stunning songwriting, enough said. This is the stuff that creates careers in music, for certain! Putting a punctuation mark on David Duchovny’s Every Third Thought, “Marble Sun” is the perfect last thought for listeners to have when it comes to the sophomore release from this actor and musician. Achingly beautiful it begs for another visit, and listeners will comply!

A meandering journey that embraces Folk, Rock, and stellar storytelling, Duchovny’s second offering is a wonderful experience for fans and new listeners alike. With lovely guitar work, an attention to detail, and, sure, a few slight misses, Every Third Thought deserves punctuation for its wonderfully oozing heart and humble soul. Some men can do it all! For these reasons, CrypticRock gives Every Third Thought 4 out of 5 stars. 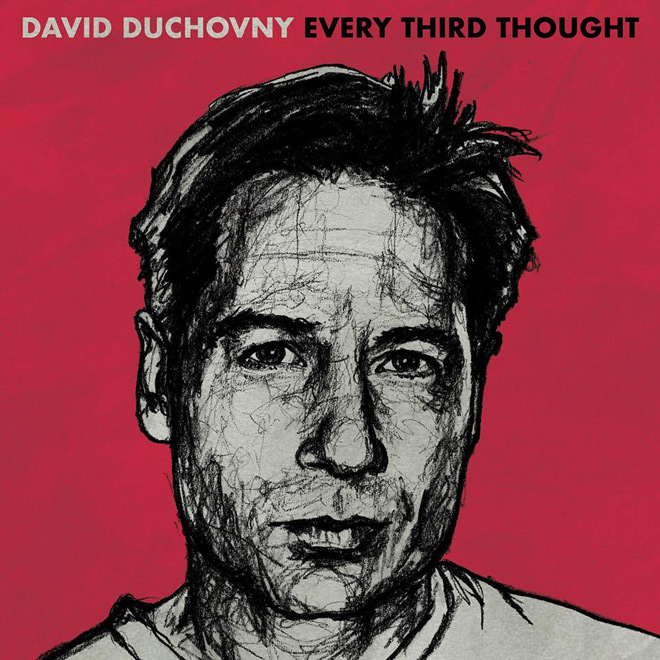