Dawn of the Planet of the Apes (Movie review)

In 2011 director Rupert Wyatt and writers Rick Jaffa and Amanda Silver took on the task of rebooting the American classic series Planet of the Apes with a new film called Rise of the Planet of the Apes.  Well written and executed by all involved, the film received significant praise for stunting visual effects, a powerful story, and ability to pay homage to the original series with one eye toward the future.  Now in 2014, Jaffa and Silver are joined by Mark Bomback and director Matt Reeves (Cloverfield 2008) to stun audiences once again with the next chapter in the evolution of the ape in Dawn of the Planet of the Apes hitting theaters at the peak of summer blockbuster season on July 11th. 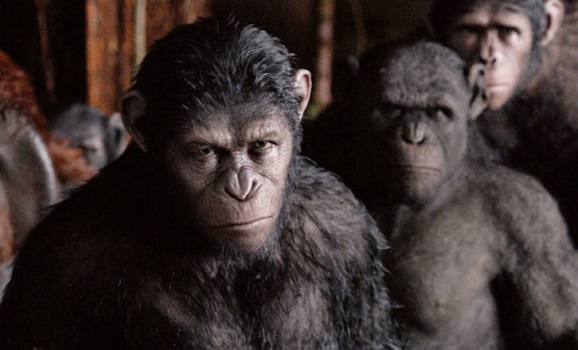 The story picked up after the outbreak provoked by Gen-Sys in Rise of the Planet of the Apes.   Ten years have passed and apes of all kinds have flourished into an impressive army, as well as a doting and loving family. Caesar himself has a teenage son and one on the way. Their development is beyond extraordinary, each family with their own private chambers, built into the trees and mountains. They have become more vocal, although sign language is still the dominance of communication, a key factor when the soldiers go hunting. The human race is believed to be extinguished, although it is soon proven false.

Caesar’s son, who goes by the name Blue Eyes (after his grandmother, who was nicknamed Bright Eyes), and his friend come across a male human in the woods. The situation quickly escalates, the human pulling a gun and shooting without thinking. His friend bleeding on the ground, Blue Eyes calls out for help, and it only takes seconds for his father and the hundreds accompanying him to reach them. The human, whose small party has reached them by this point, stand in fear, unsure of the sight before them. Clearly, they are apes, but obviously very special and Caesar demands they leave and never come back. 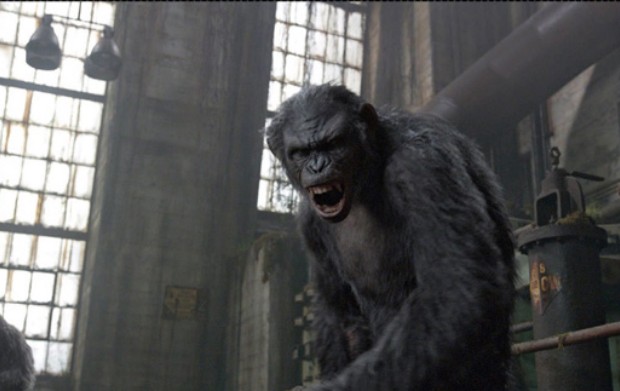 Up in the mountains, Koba, Caesar’s scarred friend, is furious and demands for further action. For good measure, the apes march to human territory and forewarn to stay away, hoping to keep peace, an already fragile moment. Koba, who was a lab project for most of his life, is clearly unsatisfied, and begins to challenge Caesar both mentally and physically. Determined to conquer the human race, he begins his plot to start a war, at any cost.  On the brink of all out war both parties risk everything they have so hard to building feared of losing it all. 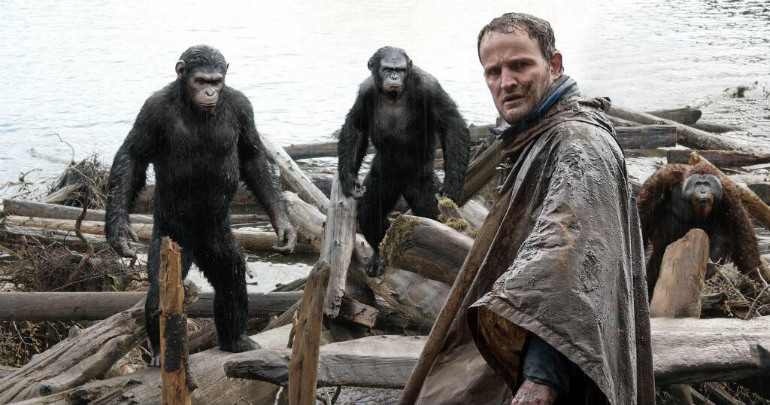 Dawn of the Planet of the Apes is brilliant on many levels, from beginning to end. Fittingly, the first and last scenes are the identically through the eyes of the legendary Caesar. There’s plenty of action to keep audiences on the edge of thir seat, and even story-line and dialogue that is smart and tense enough to keep the mind thinking. Taking things to the next level after Rise of the Planet of the Apes this film opens a whole new world to this series, which originally began in 1968. The apes are still attentive to their natured ways, just as they are today, but their evolvement was clear. The facial expressions drifted back and forth from your typical ape, to human emotion. Reeves could not have directed this story any better, displaying two species just trying to survive, and how one individual with so much hate can strategically change everything, much like the real world we live in today. Featuring a excellent cast of  Andy Serkis as Caesar, Toby Kebbell as Koba, Jason Clarke as Malcolm, Gary Oldman as Dreyfus, and Keri Russell as Ellie Dawn of the Planet of the Apes is one of the best films of the summer.  CrypticRock give this movie 5 out of 5 stars. 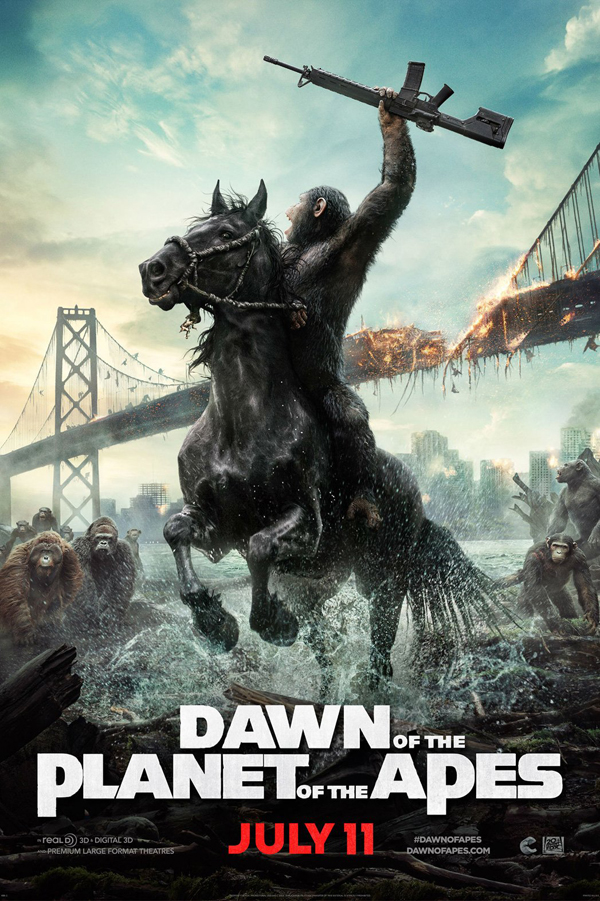