What if all the sinkholes in the world were actually gateways to Hell or some other equally terrifying place? An interesting idea, Writer Gregory Gieras (Big Ass Spider 2013, A Fine Step 2014) and Director Joel Novoa (God’s Slave 2013, ID2: Shadwell Army 2016) bring this to life in their latest film, Day of Reckoning. Initially a Syfy originals, shown as part of the channel’s 31 Days of Halloween back in October of 2016, the Epic Pictures film hit VOD and digital release across North America as of January 31, 2017. 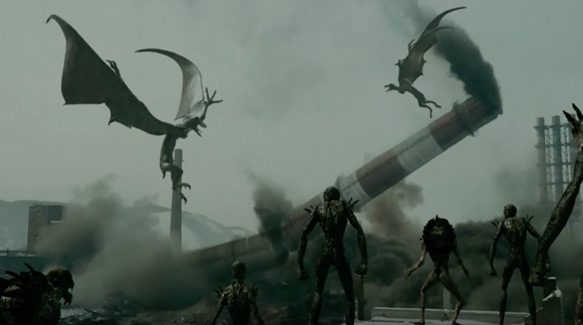 The story goes, fifteen years ago, demon-like creatures explode through sinkholes and annihilate a large percentage of mankind. Now known as “The Day of Reckoning” by those who survived, no one ever discovered why, or how, they attacked. While humans fight back and retreat for unknown reasons, the day remains in people’s memories, until now. Now there is a solar eclipse, which re-opens the doorway, and the once dormant creatures begin flooding the Earth.

Sick of his parents arguing, Tyler ran off with his girlfriend, Maddy (Hana Hayes: The Grinder series, To the Bone 2017). After several near misses with the creatures Laura and David manage to find Tyler and drive he and Maddy to a safe house organized by Laura’s colleague, Milton (Randy Vasquez: Shameless series, Roadies series). 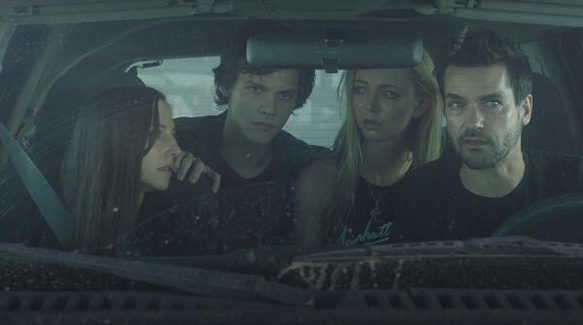 By virtue of Tyler, they lose their window of opportunity and are once again forced to find someplace to hide until it is all over. Along the way they meet a military man, Garrett (Nick Gomez: The Walking Dead series, Dexter series), Ted (The 100 series, Ray Donovan series), and Ted’s wife, Stella (Barbara Crampton: Re-Animator 1985, We are Still Here 2015). As soon as the group finds a safe place, it is quickly invaded by creatures. However, they discover that salt will kill them, and use that as a means to fight back.

During the course of the eclipse, and the new “Day of Reckoning,” each person’s true personality comes out, and with it, a few nasty, unexpected surprises. Likewise, Laura and David rediscover each other and their relationship, while Tyler and Maddy grow closer, determined not to be the next who dies. But, will it be enough to save them?

For SyFy channel’s every Sharknado, they also offer some more intense Horror flicks like 2016’s The Crooked Man. However, Day of Reckoning falls a bit flat in comparison to previous films. While the creatures are innovative, the CGI in relation to them and other special effects is terrible. So bad, it detracts from the rest of the film. They are not blended at all, and are similar to what one would expect a teenager to design on a laptop for school. 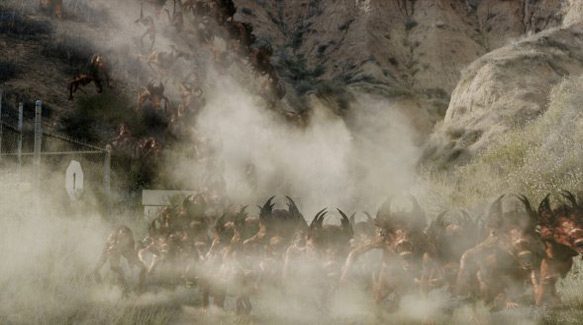 The cinematography by Petr Cikhart (God’s Slave 2013, The Amazing Race series), lacks pizzazz, and the acting wavers between decent and dodgy. In addition, there is far too much emphasis on the tempestuous relationship between Laura and David. Almost an unnecessary amount of anger exists between them after being apart for at least fifteen years.

Aside from that, there are a number of plot holes the viewer cannot brush aside in order to enjoy the film. How can the creatures decimate the earth’s population, yet a homemade salt bomb kills them? Would it not make sense that the average person knew about it, as well as the military? Further, the ending is anticlimactic and unrealistic. All in all, Day of Reckoning is best suited to a rainy day with time to waste. Not at all unentertaining, unfortunately, for the most part, it misses the mark. For this reason, CrypticRock gives Day of Reckoning 2.5 out of 5 stars. 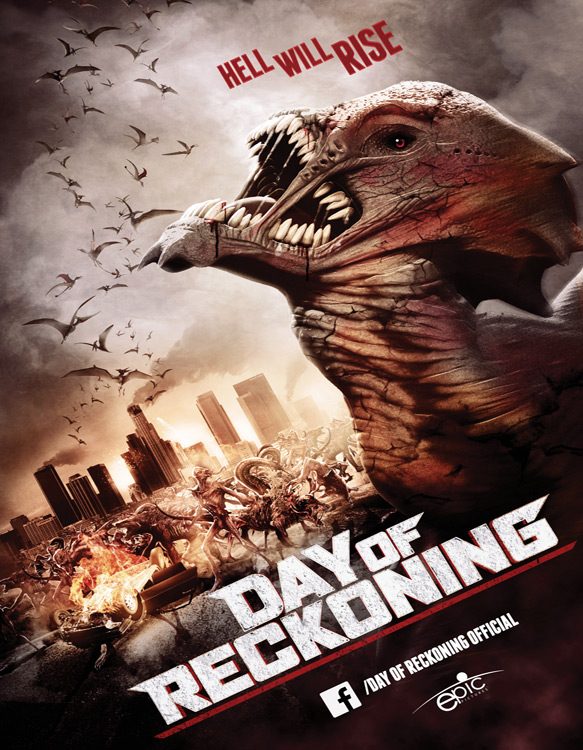