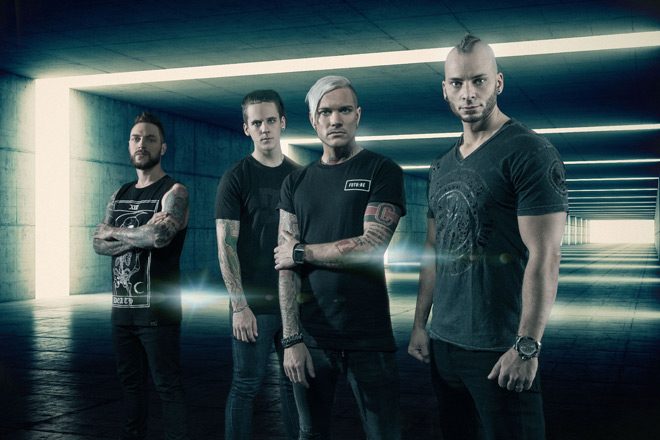 Worlds truly do collide on Dead by April’s new album, Worlds Collide, which was released on April 7th via Spinefarm/Universal Music. Hailing from Gothenburg, Sweden, this unique Metalcore band got their start back in 2007. Building an audience, their first, eponymous album was released two years later, and it was followed by 2011’s Incomparable, which debuted at No. 2 on the Swedish Albums Chart and went on to reach Gold status. Then ,in 2014, they unleashed the music genre bending Let the World Know, a standout Metal hybrid album. Since then, it has been three long years since fans have heard any new music from the band. Beginning work on Worlds Collide back in 2015, fans brace themselves for impact.

No strangers to a stage, over the past decade, Dead by April have shared stages with the likes of Purified in Blood, My Passion, Atheena, Beyond All Recognition, and many, many more. The band is also well-acquainted with lineup changes, of which there have been many, but standing tall, their current lineup consists of Pontus Hjelm (Clean Vocals/Guitar/Keys), Christoffer Andersson (Dirty Vocals), Marcus Wesslén (Bass), and Marcus Rosell (Drums).

What some would say is an overdue follow-up to Let the World Know, Worlds Collide is an album about love, loss, and overcoming. Perhaps reflective of their own struggles, the album marks the first collaboration with international Producer Ben Grosse, who is known for his work with other phenomenal Hard Rock/Heavy Metal acts such as Marilyn Manson, Slipknot, and Disturbed. Eager to keep their sound unique and moving forward, the band and Grosse put a fresh spin on the creative process in the studio, and placed more power and emotion behind their clean vocals, performed by founding member Hjelm. Through adding electronic tones, heavy guitars, and alternating clean/dirty vocals to the mix, Dead by April created a new direction for their already unique sound.

With the introduction laid out, the album kicks off with “Crying Over You,” a heartbreaking story of someone who feels like they were on top and then lost it all. The majority of the vocals here are handled by Hjelm with accents of screaming and dirty vocals offered by Andersson. It is followed by the heavier “I Can’t Breathe,” which is full of apologies while expressing the desire to make amends and repair mistakes made in the past. Then, amping up the intensity, throaty screaming marks the beginning of “Playing With Fire,” a song about being trapped and suffering in the flames, yet understanding the consequences that have brought you to this point.

From here it is a plethora of addictive tunes including album lead single “Warrior,” “Breaking Point,” and “Can You See The Red.” Complete with memorable choruses, the lyric’s uplifting and relatable feel are impossible not to sing along with. While holding strength in each track, “This Is My Life” is the album’s clear standout and a dramatic change of pace at that. Utilizing only Andersson’s screaming vocals, the song starts with a slow keyboard tone before immediately dropping into ultra-fast, pounding instrumentals and striking lyrics. In total, it is a song that pulls the audience through the struggle, but triumphantly grabs control and ends with immense strength.

Deviating even further from the bulk of the album, “For Every Step” is a unique finale. In addition, Dead by April brought Swedish Actor/Vocalist Tommy Körberg into the studio to collaborate with them. Known for playing many lead roles in Swedish productions of other musicals, Körberg’s deep, haunting vocals showcase his enviable first attempt at the Metal genre, bringing a gentle end to this intriguing collection of songs.

What it all boils down to, Dead by April are a Metalcore group who weave an electronic vibe over heavy sonics, creating a unique sound that is truly their own. While the overall tone of the album is an enjoyable one, Worlds Collide suffers slightly from a repetitive concept and simple, yet catchy hooks that leave some depth to be desired. That in mind, it is an easy listen with quick-to-memorize lyrics that can inspire a newfound love for Dead by April and a fitting follow-up to Let the World Know. For these reasons, CrypticRock gives Dead by April’s Worlds Collide 3.5 out of 5 stars. 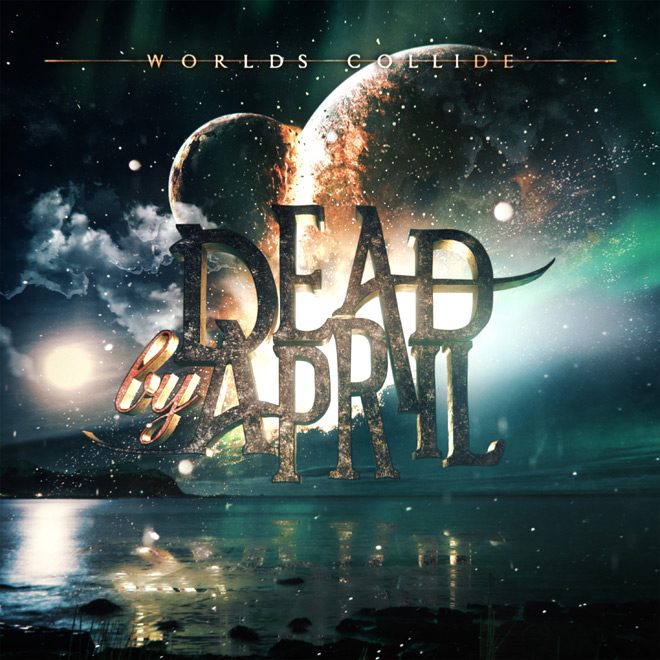