For those afflicted by it, Sleep Paralysis – also known as Old Hag Syndrome – is terrifying and leaves a lasting impression. Winner of Best Thriller Feature Film Award at 2016’s Shriekfest Horror Film Festival, Dead Awake tells the story of a young woman’s fight to solve the Sleep Paralysis syndrome only to discover an ancient evil is behind it. Written by Jeffrey Reddick (Final Destination series, Return to Cabin by the Lake 2001) and directed by Phillip Guzman (2:22 2008, Desdemona: A Love Story 2009), following its run at festivals in 2016, Dead Awake hit theaters and VOD as of May 12, 2017 via FilmRise. 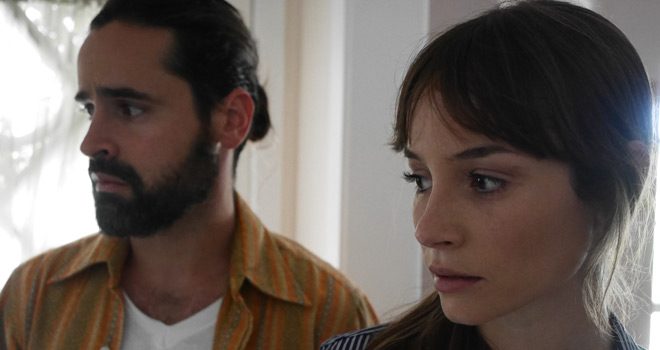 Beth Bowman (Jocelin Donahue: The House of the Devil 2009, Insidious: Chapter 2 2013) is a recovering alcoholic with sleeping issues – each time she falls asleep she awakes paralyzed and feels a dark presence around her. These episodes increase in intensity and reach the point Beth is exhausted and mentally fragile.

Beth’s relationship with her artist boyfriend, Evan (Jesse Bradford: The West Wing series, Flags of our Fathers 2006), is one of the things that keeps her sane, but her relationship with her Social Worker Sister Kate (also played by Donahue), is strained. On Beth and Kate’s birthday, Beth throws them a party. Initially reluctant, Kate manages to encourage Beth to have a good time. However, later that same night, Beth mysteriously dies in her sleep. 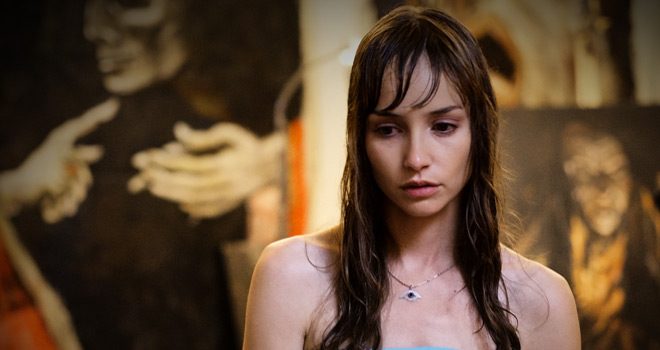 A distraught Kate is determined to find the cause of Beth’s death, and begins her own investigation with some help from Evan, whom since Beth died has been painting an old creepy woman. Kate visits Beth’s psychiatrist, Dr. Sykes (Lori Petty: A League of Their Own 1992, Tank Girl 1995), who had been treating Beth, of course believing the phenomena to be psychologically based. While visiting Dr. Sykes, Kate discovers their mutual friend, Linda (Brea Grant: Heroes series, Dexter series), suffers from the same affliction. Unfortunately for Linda, she dies in the same manner as Beth. Worse, still not satisfied with two deaths, more of their friends die, which throws rational explanations out the window.

All hope appears to be lost until Kate meets another Doctor Beth had contact with – Dr. Hassan Davies (Jesse Borrego: Blood In, Blood Out 1993, Con Air 1997), he presents her with significant evidence that Sleep Paralysis is in fact linked to the supernatural. When Kate begins to experience Sleep Paralysis, it speeds up her race against time not to share her sister’s fate and solve the mystery once and for all. 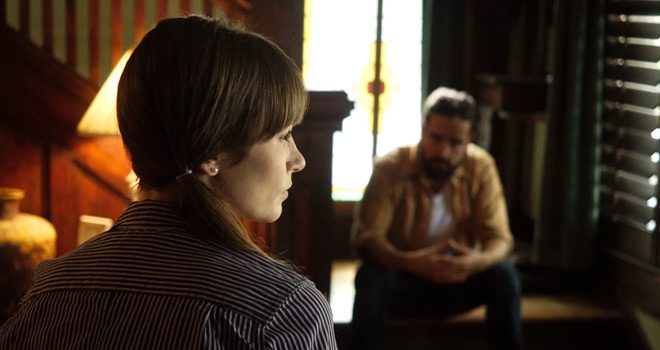 Overall, Dead Awake is a well-acted, sound, and intriguing story. There are definitely elements similar to Reddick’s successful Final Destination films, and it likewise works here. There is also compelling scenes which are made up of the “think you’re awake but you are actually still asleep” used well in films like 2007’s 1408 and 2010’s Insidious. One huge positive is the use of an underused creature – The Old Hag – and tying it with sleep paralysis. Many people are afflicted by the syndrome and Dead Awake attaches a whole new level of terror to it.

Additionally, it is wonderful to see Laurie Petty and Jesse Bradford doing more feature films again, and Donahue does an amazing job in dual roles. All this is matched with the cinematography of Dominique Martinez (The Night is Young 2015, After the Reality 2016), which is seamless. Dead Awake is a fun, creepy, fast-paced movie which is a must watch for Horror fans and a welcome contribution to the genre. CrypticRock gives Dead Awake 5 out of 5 stars. 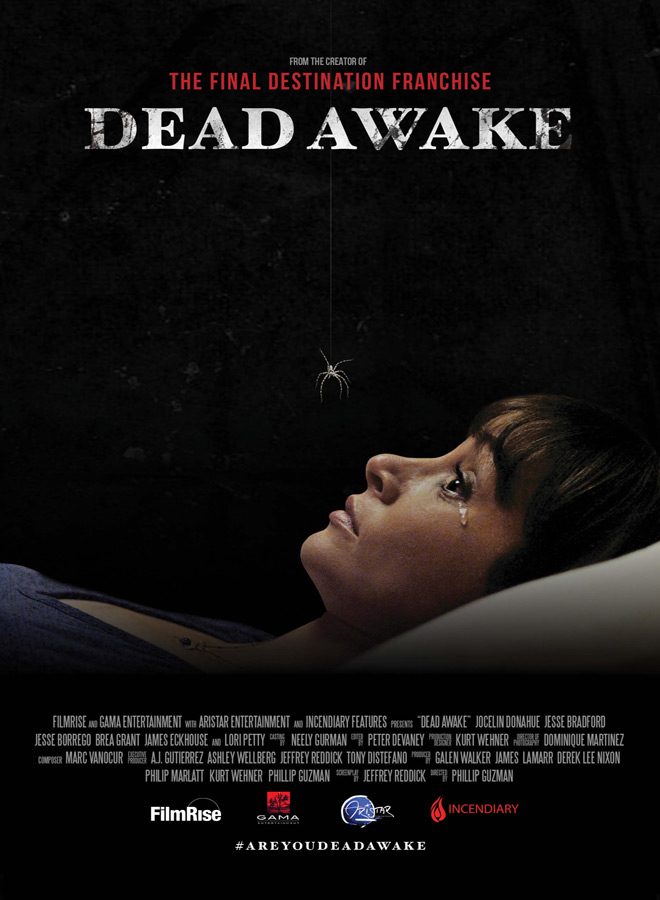