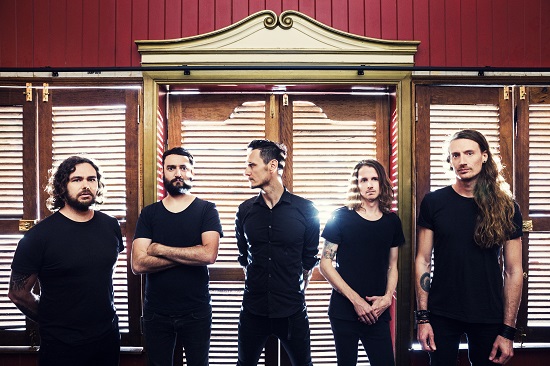 While some would say that their music moved either forward or back – it would be more accurate that their style shifts sideways onto different paths. For example, 2013’s Catalyst Fire had perhaps a more Electronic Rock sound than 2010’s This is The Warning. Now in 2015 they return with their third overall studio record entitled Aesthesis via The End Records. A testament to the band’s talent for keeping their music fresh and exciting. some may argue Aethesis has more of a Hard Rock sound that – in the undercurrent of their music – is reminiscent of a few bands such as Soundgarden and Tool. With the recent addition of guitarist Luke Palmer to the mix, the quintet’s sound in Aesthesis is a noticeable evolution in their music in both theme and sound.

The album opens with the acoustic guitar of “In Plain Sight,” which explosively switches gears into a Hard Rock style. Kim Benzie’s vocals, backed by Clint Vincent and Palmer on guitars, set the stage for the theme of the album. The next track, “While You Wait,” is an exciting song with energetic music, and lyrics that challenge social perceptions, raise awareness, and is a call for being proactive. With thought-provoking lyrics found on songs such as these, Dead Letter Circus engages the mind as well as the senses and perceptions.

The energy continues to pick up on “The Burning Number” while calling forth emotions and challenging paranoia and corruption. Then on “Show Me” the momentum shifts and has more of an Electronic music style to it. It seems as if William’s drums are struggling to wrestle control and pick things back up, only to be stifled by the guitars, which is reflected in Benzie’s vocal range throughout the song. “YANA” also starts off slow, but this piece is very well-composed, displaying the band’s technical expertise.  Ending on a somber note, the melancholy tone of “Silence” returns the band back to the Electronic music style of which they are fond.

In “The Lie We Live,” the guitar riffs, along with Benzie’s vocals, create a sense of longing and regret. Furthermore on “X, the momentum of the album seems to hover on that precipice, as if waiting for something to kickstart it again. What is interesting about this track is that the lyrics feed directly into the next song title. This is when Williams on drums and Hill on bass picks the tempo back up with “Change the Concept,” also containing amazing guitar work by Vincent and Palmer.In fact, this song is revitalizing and one of the most exciting pieces off Aethesis. Finally the journey winds down with “Born, Part 2,” ending matters in the style for which the band is known – a hard, Prog-Electronic Rock style. Williams sets the pace, Hill keeps the sound together with his bass, while Vincent and Palmer set the tone as Benzie captivate the listener with his talented vocal range. The curiosity to the title aside, this song continues with the theme of the Aesthesis, creating a sense of an aftermath as the adrenaline begins to wear off.

With ten tracks at a total of 41:59 minutes, Dead Letter Circus’ Aesthesis is an exciting album in which the band displays their mutable musical talent. This album contains a range of complex music along with a broad range of emotion and energy as it takes the listener through a journey of awakenings and inspiration. The lyrics to every song are truly relevant to the theme and contain a poetic literary quality. There is a definite message in each song that desires to reach out and connect with the listener. When lined up with their previous albums, one can see a story unfold of life experiences with this band. Nevertheless, Dead Letter Circus continues to impress with their dedication and desire to engage through their music, making Aesthesis a highly recommended listen. CrypticRock gives this album 4.5 out of 5. 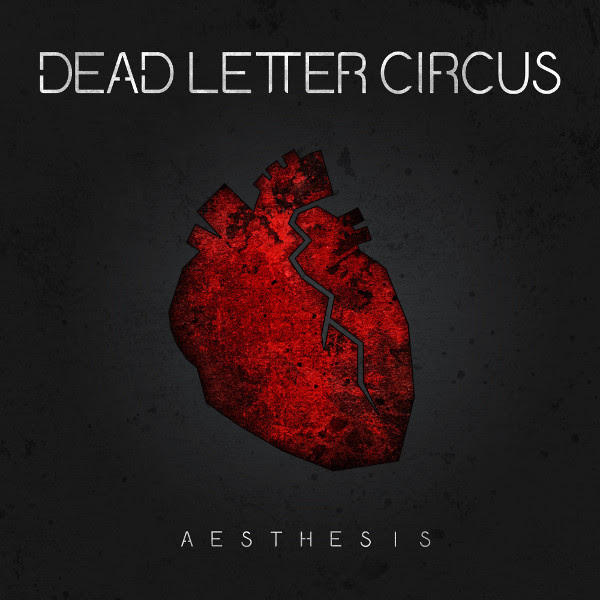