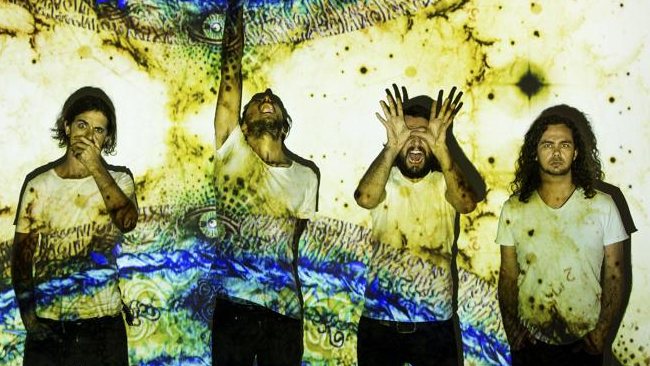 Rock music is a genre that must be constantly evolving and pushing the boundaries of established expectations as a means of finding success. One such group who fits this description well is Australia’s Dead Letter Circus; a progressive rock/metal band that has enjoyed relative success in their home country and released albums that have a knack for standing out. One would expect that a group with instrumental and vocal prowess would continue to push their sound in a technical direction, however with their second full length album, The Catalyst Fire, Dead Letter Circus have expanded into the direction of finesse. Whereas previous releases draw comparisons to Karnivool or Tool; The Catalyst Fire is more reminiscent of a blend between Saosin, Incubus, and (yes, even) U2. The album features an eclectic blend of soaring guitars, synth, complex rhythms, and powerful vocals. One aspect of the group that they intentionally re-emphasized the lyrical content taken from their first album This is the Warning (2010). This theme is described by the band as a “document of awakening” in terms of the recognition of social constructs; methods of control. The Catalyst Fire is lyrically intended to be a representation of the active attempt to break free from such a system and forge an individual path. Dead Letter Circus have over the course of their career released material in a fairly consistent vein, but their newest release takes their climactic compositions, electronic textures, and effects-ridden guitars to new heights.

As most records should start out, The Catalyst Fire opens with the epic and grooving “The Cure”. The song is announced with synth-colored guitars and heavy fuzz bass; an instant signal to the listener that this album will indeed be quite different from what had been previously done. The up-beat accented and airy drum pattern throughout the intro and chorus of the song presents itself in a deceptively intricate half time feel that really provides a great push and pull effect between the other musical elements. Vocalist Kim Benzie presents a fantastic display of range and has a delivery that really enhances the song. The following tracks “Alone Awake” and “Burning Man” are a continuation of the strong opening to the album, but another early high point is the fourth track and first single, “Lodestar”. This song is pulsating with energy right from the start and the upbeat drums with the tight rhythm guitars complimented by the powerful vocal part create a fantastic display of edge and pop sensibility. In fact, the next track “I Am” contains what could be considered the catchiest and strongest chorus on the album and Dead Letter Circus really give the listener the impression that their songwriting has matured.

It’s interesting to note how the album as a whole has a very cohesive sound in terms of the prevalence of delay-heavy guitars and subtle but effective synth parts that create a futuristic sounding aesthetic that really provides depth to the mix and songs in general, something that previous releases were lacking in some respect. An example of this new sound that the band is pushing towards is the song “The Veil”, which for the most part is void of guitars and rock instrumentation. Instead it opts to feature pounding drums with a heavy bass synth and affected guitars, with the vocal part taking center stage in this somewhat stripped down track. Another great thing about this album is the overall strength in the songs from beginning to end. For the most part, albums that feature great songs on the front end typically taper off in the second half, but Dead Letter Circus do a good job of not only spreading out songs but presenting a collection of material that takes the listener through a musical, lyrical, and emotional journey. Tracks like “Insider” and “Lost Without Leaders” are great songs and also keep the listener interested in the back half of the record. The second to last song “Stand Apart” is reminiscent of older Dead Letter Circus songs but guised in crisp production and swirling electronic soundscapes. The final track “Kachina” is a song that is stylistically diverse in the sense that it starts of pretty soft dynamically and crescendos to one of the heavier moments on the album. This kind of track is the perfect punctuation mark to what is a very strong and ambitious rock album.

As is expected, when bands push the envelope in terms of their sound or style there is typically backlash from die-hard supporters and critics. However, when it comes to The Catalyst Fire, it is readily apparent that this is the type of album that will not only silence the critics and naysayers but also attract new followers. The cross pollination of catchy rock and musical precision presents Dead Letter Circus with the unique opportunity to make commercially viable music with real integrity and depth. Bands within the genre who seek to find a happy medium between these two commonly conflicting musical avenues should look to Dead Letter Circus for inspiration. All in all, this album is a very strong effort, and Cryptic Rock gives it 5 out of 5 stars! 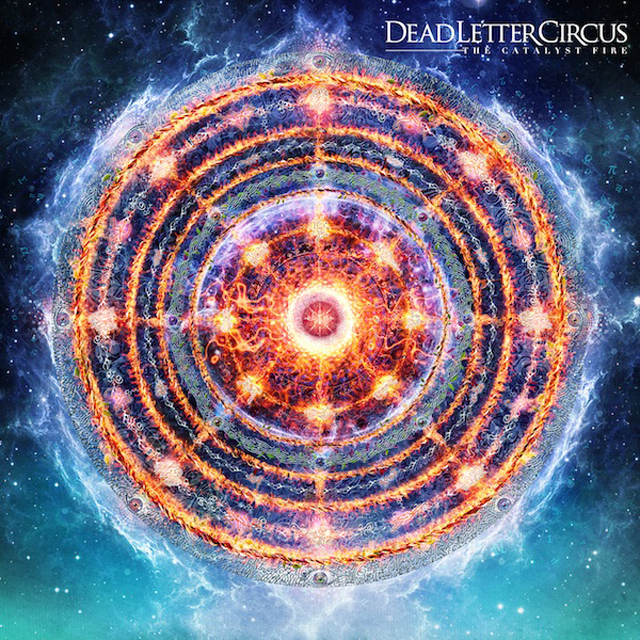