Colonial Herzog (Orjan Gamst: Dead Snow 2009, Hellfjord 2012) and his army of undead murderous solders are back in Dead Snow 2: Red vs Dead released on January 19, 2014 in Sundance by Well Go USA Entertainment.  Written by Stig Frode Henriksen (Hjerteratt 2013, Kill Buijo 2 2013), Vegar Hoel (Precious Movie Kids 2014, Mammas Mann 2015), who also stars as Martin, and Tommy Wirkola (Kurt Josef Wagle and the Legend of the Fjord 2010, Hansel and Gretel: Witch Hunters 2013) who also directed, Dead Snow 2: Red vs Dead picks up where 2009’s original left off.  The lone survivor Martin, of the zombie Nazis, barely escaped with his life.  Martin gets away from the Colonial losing his arm and barely surviving a terrible car accident.  Martin wakes in hospital to find his missing arm has been replaced by someone else’s arm, in fact its Colonial Herzog’s and it has its own deadly intentions. 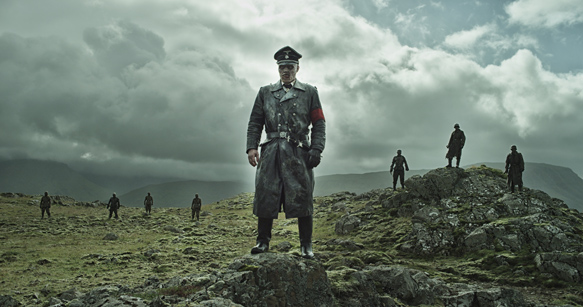 The police believe that all the evidence points to Martin killing his friends and girlfriend, which he vehemently denies.  After killing the nearby hospital staff and a young American boy Bobby (Carl-Magnus Adner), Martin goes on the run to try and stop the zombie Nazis once and for all.  The matter falls onto the desk of a Policeman (Christian Rubeck: Rottenetter 2009, Hansel & Gretel Witch Hunters 2013) in a nearby town, Talvic; a usually quiet town.  Martin visits a World War II museum enlisting the help of American nerds and Zombie Squad Daniel (Martin Starr: Knocked Up 2007, This is the End 2013), Monica (Jocelyn Deboer: CollegeHumor Originals 2014, Moustaches Make Food Taste Better 2014) and Blake (Ingrid: Sketchy 2014, Judy Greer is the Best Friend), who urges Martin to find out all he can about the Zombies, who do not appear to be your usual run of the mill brain eating variety. 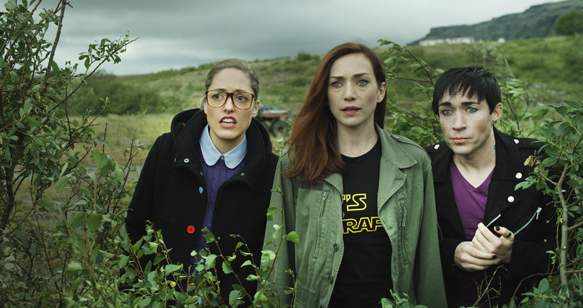 These Nazi’s, under the guidance of Colonial Herzog, are on a cursed mission. Martin heads to a Nazi museum and discovers that Colonel Herzog and his men were charged by Hitler with murdering the entire village of Talvic. The night they arrived during the war they were slaughtered. Now, they will not rest until they have completed their mission. Colonel Herzog does not have enough men and creates his own army of the undead. Martin enlists the Zombie Squad and a few select dead people for his own mission to stop the zombie Nazi’s once and for all. Martin’s zombie arm proves to be both a blessing and a curse, but, never underestimate the underdog. With ties to the past, intermarrying with the present, Dead Snow 2: Red vs Dead shows a different version of historical events. 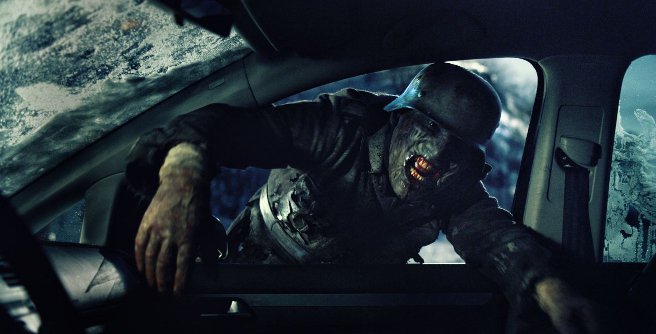 Will Martin be able to save Talvic and its inhabitants? The final battle is nothing short of a blood splattering spectacular joy ride. The Police have no choice but to see and accept the truth. Well acted with believable characters and beautiful scenery, Dead Snow 2: Red vs Dead is packed full of blood, gore, action and a good sprinkling of comedy. Dead Snow 2: Red vs Dead is just as entertaining as the first and those who have not seen the original film, this movie explains it all, but Dead Snow is also a must watch. The white snow is a stark contrast to the pools of dark blood and each character is unique. This is a quirky little film with great special effects and a well-flowing storyline. CrypticRock gives Dead Snow 2: Red vs Dead 5 out of 5 stars. 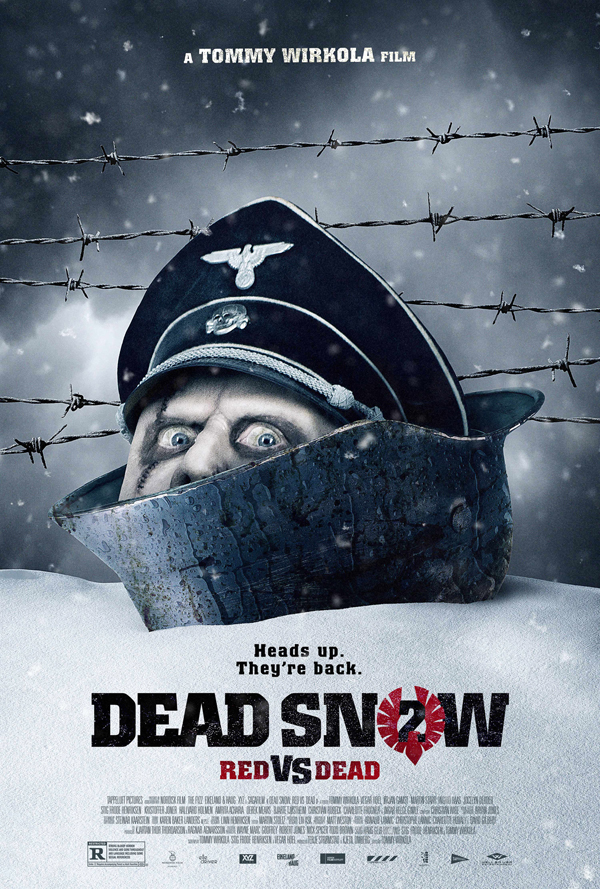 Purchase Dead Snow 2: Red vs Dead on Blu-Ray on Amazon