Deadheads – This One Goes To 11 (Album Review) 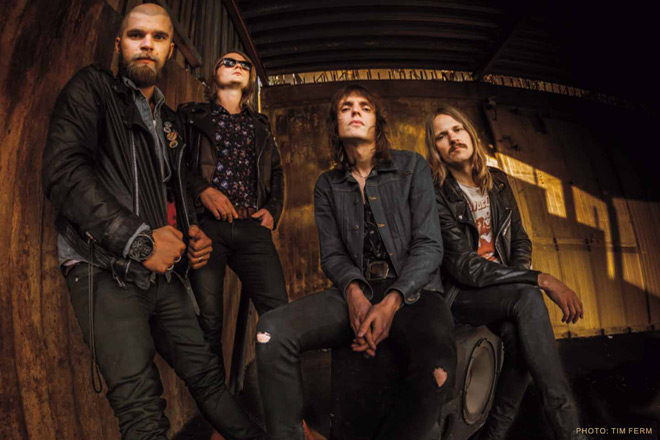 When one hears the name ‘Deadheads’ they more than likely think of the name given to fans of Psychedelic Rock legends the Grateful Dead. Well, it is time to rethink the term because there is a little Rock-n-Roll band out of Gothenburg, Sweden taking on the name, and they are ready to blow your socks off!

Together since 2011, Deadheads consists of Manne Olander (vocals/guitar), Tim Ferm (drums), Rickard Hellgren (guitar), and Olle Griphammar (bass). Debuting in 2015 with their album This Is Deadheads First Album, the band received acclaimed reviews, and now they are set to raise the bar with their new album, This One Goes To 11. Set for release on Friday, January 26, 2018 through High Roller Records, an enthusiastic Olander states, “I can honestly say that I think it’s the best album we have made so far and probably one of the best Rock albums of 2018.” A bold statement, it holds water because Deadheads certainly do not skimp out on energy. In fact, This One Goes To 11 picks up exactly where their 2015 sophomore album, Loadead, left off. Curious yet? Read on!

For those really not all that familiar with Deadheads yet, envision gritty, Classic Rock with an edge of a Garage Rock band. Think bands like Motörhead, Cheap Trick, and Deadheads’ countrymates The Hellacopters. Have a good of idea of what we are looking at yet? Good, because Deadheads do a sensational job of dishing out raw Rock-n-Roll. As mentioned, This One Goes To 11 is a good follow-up to Loadead. Maybe a bit more punky, but as per their mission, it sounds exactly as planned.

Simply put, Deadheads recorded an album full of attitude, speed, dynamics, melodies, and uninhibited Rock. Also, compared to band such Dead Boys, Dictators, Johnny Thunders, and New York Dolls, at first listen Deadheads may just sound like another Garage Rock band, but they are much more than that! They may be from Sweden, but their sound is reminiscent of 1970s New York Glam. Big sparkling guitars, frantic drums, and in-your-face vocals.

Consisting of 11 songs, This One Goes To 11 goes from zero to sixty with opener “Blackout” leading into “Don’t Mind the Ghost.” Then, they continue to beat you into submission moving forward. First off, “Blackout” has a cool 1970s vibe, and is a non-stop scorcher. Slightly more diverse, but certainly no less intense, there are also songs like “Somebody Along the Way” and “Manic Mondays.” The only song that could possibly be considered mellow is “Too Lost to be Found,” which combines electric and acoustic guitars, beautiful vocals, and even some keyboards. Not wanting to slow things down too long, they rev it right back up with “The Plan.” Full speed ahead, reckless and powerful, the remaining five songs, including the catchy “Lucifer,” takes you up and down a sonic mountain!

Overall, This One Goes To 11 is a killer album. It is full of uplifting energy and it has a lightness that somehow balances out the frantic guitar and drums. The lyrics are upfront in the mix and very clear making the music quite anthemic. It is the kind of album you can sing along with, and instead of being left exhausted, like a hard-hitting album can do, your left feeling good, full of positivity!

The only downside is, except for one show in Sweden, Deadheads have not announced any tour dates yet. In the meantime, pick up the new album, This One Goes To 11, on January 26th and check out their video for “Don’t Mind the Ghost.” Oh, and did we mention this album has 11 songs? Yup, it goes to 11, in more ways than one! For these reasons, CrypticRock gives This One Goes To 11 4 out of 5 stars. 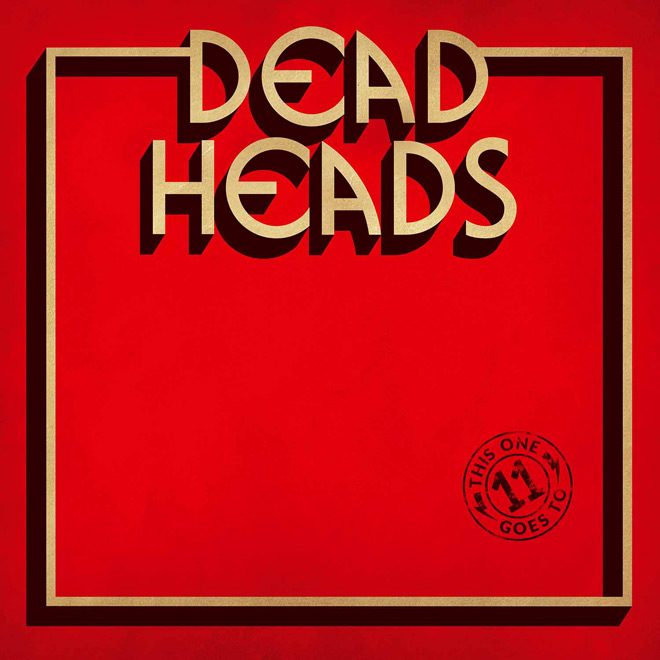