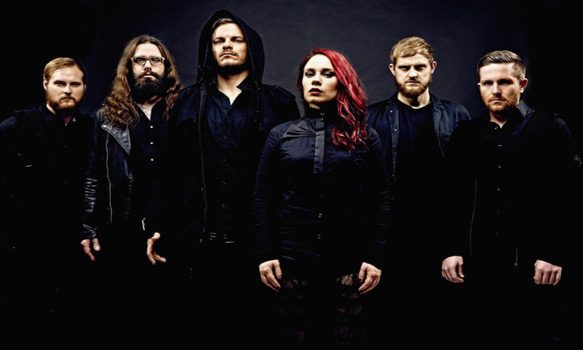 Deadlock has been a part of the German Metal scene since the late nineties. Bringing a seamless blend of vocals that appeal to many fans of the beauty and beast style, clean female vocals contrasted by harsh growling vocals backdrop a melodic infused Metal sound. Primarily known for creating melodic Death Metal music, the band refuses to be type-casted. Dabbling and mixing other musical genres with their sound over the years, Deadlock has featured a broad range of musical talent, style, and growth since Guitarist Sebastian Reichl formed the band with Vocalist Johannes Prem and the late Drummer Tobias Graf back in 1997.

Changing through the years and taking some unorthodox approaches to their development as a band, they continue on in 2016 with the release of their eighth overall studio album, Hybris. Their first album of new material since 2013’s The Arsonist, it is also the first to feature new Vocalist Margie Gerlitz. Joining Reichl, Unclean Vocalist John Gahlert, Guitarist Ferdinand Rewicki, and Drummer Werner Riedl through Hybris, they have taken on a fresher approach. Brought forth by a range of stylings, while maintaining a melodic Death Metal core, Deadlock still remain unique.

Kicking things off with powerful guitar riffs, “Epitaph” wastes no time getting the blood pumping with Rewicki’s heavy guitar play, backed by Riedl’s rapid-fire drums and Reichl’s guitar. Gahlert’s harsh, growling vocals emerge and is contrasted by Gerlitz’s mesmerizing vocals; overall providing a strong start for the album and setting the tone. Then, Reichl comes to the fore with his technical guitar skills in “Carbonman” with a great intro riff backed by Riedl’s slamming beats. The overall composition of the vocals, lyrics, and music leaves one with a mixture of angst and despondency.

Changing things up, “Berserk” is different and both the lyrics and sound captures a sense of disconnect in both the initial musical style and the switches in tempo throughout the piece. Reichl’s guitar slows things down briefly in “Blood Ghost” before Riedl and Gahlert kick things back up. Keeping with the dissonance from the previous track, there is a sense of alienation and anger to this piece to the rise and fall of the tempo. This track features a great display of the band’s technical skills.

The titular track, “Hybris,” brings back the energy through the galloping beats of Riedl’s drums. Gahlert’s harsh vocals contrast rather nicely with Gerlitz’s clear voice. The two have a seamless quality to their vocal. “Wrath – Salvation” has Gerlitz coming to the fore in this piece. Her voice resonates with the music. Gahlert’s harsh vocals and backup vocals by Reichl perfectly complement hers. Riedl does not relent on the drums in “Backstory Wound.” Gahlert’s vocals return the listener to that sense of angst and loss. Halfway through, Gerlitz takes the lead, creating a beautiful and resonant sound.

The aptly named “Ein Deutsches Requiem” has Gerlitz taking on an operatic quality with her vocals in the opening and throughout the track, while Gahlert’s vocals take on a chaotic and harsh tone. Bringing things down and slowing the pace, “Vergebung” is an instrumental that features Reichl displaying his technical skills with an acoustic guitar solo as the entire piece. “Welcome Deathrow” brings the album to a close with the same fervent energy with which it opened. The group pulls out the stops, kicks things up several notches, and gives it their all in this last track.

Overall, Hybris is a highly, energetic album with ten tracks at a little over 49 minutes. Released through Napalm Records, this latest album by Deadlock has a broad appeal that both long-time fans and new listeners will appreciate. While they may appear in a constant state of flux, it is because they are not afraid to experiment, explore, and push their musical boundaries. With that in mind, Hybris is no different and is a testament to the band’s ability to maintain their core quality while pushing these boundaries. CrypticRock gives this album 4 out of 5 stars. 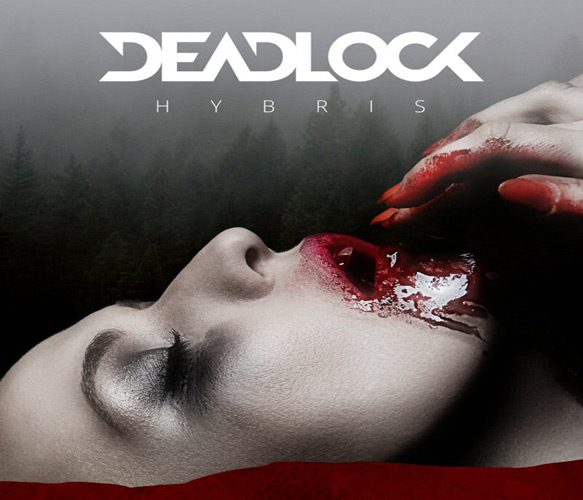