Former Hollywood child stars occasionally struggle making the transition to adult star, not replicating their former success. As a result, some delve into a life of crime. Latest Horror thriller Deadly Famous, also known as Head Shot, uses this scenario as inspiration, focusing on former child star Alan Miller played by Daniel O’Meara (Hitman 1997, John Carter 2012), an English Actor mostly known for his portrayal of dark characters. Written, directed, and produced by Eric Troop as his debut film, who is mostly known for his work in the art department of movies Kiss the Girls (1997), and Pumpkin (2002), with Jim Lane co-directing (Head Shot 2014, Betrothed 2016), Deadly Famous made its premiere on VOD in the United States via Indican Pictures back in March. 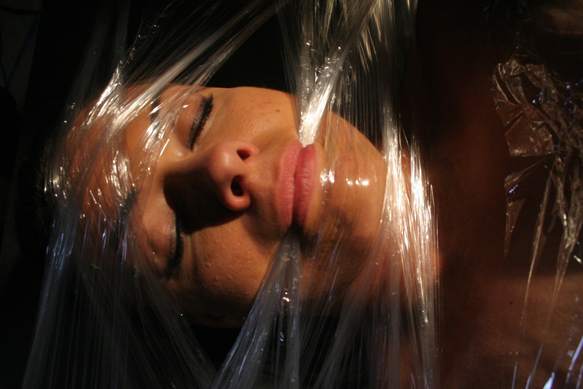 Set in 2010, in a house in Hollywood Hills, the events of the movie tell what happened prior to the most brutal and horrific crime scene ever recorded, or responded to by 911 officials. Alan Miller believes the world is full of stupid people, vermin, who take up space. A former child star, Alan is determined to regain his former glory, and attends a great deal of auditions, as well as penning his own scripts. Alan’s volatile nature prevent him being accepting for a great many parts, as well as affecting his everyday relationships. He video tapes his daily activities, which include auditions, reading his lines, luring young actresses with the promise of the next great film, drinking, picking up prostitutes, and doing lines of coke with an exaggerated version of Eric Roberts (The Dark Knight 2008, The Expendables 2010) by himself. When not doing all that, Alan is torturing and killing young women.

On the surface, Alan appears to be an unbalanced man, desperate to obtain his past fame, living in a completely delusional reality. Alan’s taped segments are broken up with interviews with his Agent Morry Gold (Anthony Powers: Head Shot 2014), who has a diminished view of Alan, and a past victim and survivor, his former housemate Pamela (Jackie Moore: Army of the Damned 2013, Atlantic Rim 2013). Each scene delves deeper into Alan’s twisted mind, revealing a deeply disturbed individual, who at some point took a turn into the psychotic. Alan’s violent behavior escalates, once Pamela moves in. No one is safe and not even his sister Abigail (Stephanie Jones: Ticket To Hell 2012 short, Good Job, Thanks TV series), can get him help. 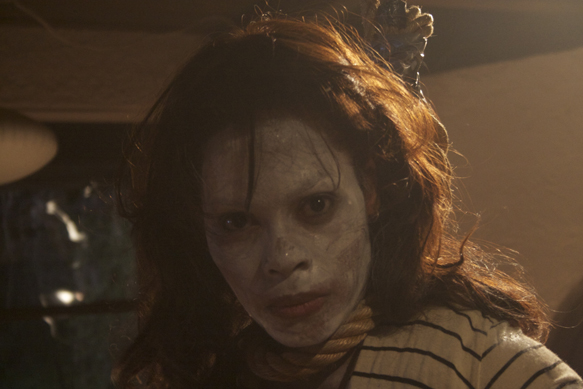 At the climax of the film, Alan has reached his peak of craziness, and the most stoic police officer will revolt when witnessing his aftermath. Long after the events took place, what happened that day will remain Hollywood legend forever. Alan’s story is told via his own video diary, and interviews, switching back and forth between time frames; the story is not told in sequential order. The storyline is reminiscent of Rob Zombie and his The Devil’s Rejects (2005) in terms of psychosis, gore, and shock factor. There are also shades of Silence of the Lambs (1991), and Dickie Roberts: Former Child Star (2003). The time changes at the beginning are a bit jarring, but once the movie picks up pace, it makes sense. 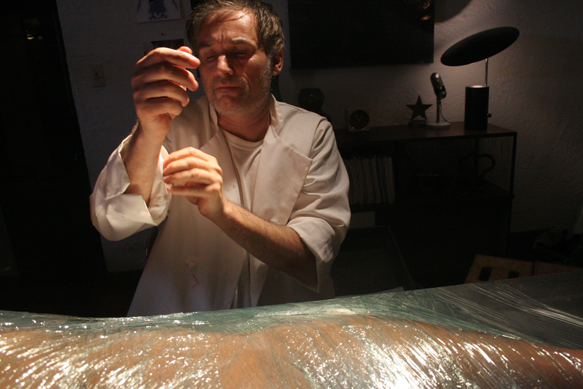 The cinematography by Stephen St. Peter (All About April TV series, Real Love 2014 short), creates a high tension background, and the special effects by Aron Hjartarson (Tinker Tailor Soldier Spy 2011, Contraband 2012) are somewhat hit and miss when it comes to close shots, but the off screen action provides most of the icky, creep factor. Furthermore, The cameos by Eric Roberts are hilarious and break up the bleak tone of the story, providing insight into Alan and Eric’s own pasts, and fame. It’s easy for the viewer to accept Alan as a killer; from the moment he is introduced, it it clear he is not normal. The film also provides insight into the acting world behind the scenes, and what it is like for actors who were once famous to fade into oblivion. Taking this situation to the extreme, Deadly Famous is a twisted, mental, surreal, strange film, that is impossible to stop watching despite Alan’s sick actions.

A promising look into Troop’s new film career, Deadly Famous is not for the faint-hearted, and should not be viewed after eating. With that said, it is definitely one for hardcore Horror fans willing to take a trip into the insane and deranged. CrypticRock.com gives Deadly Famous 4 out of 5 stars. 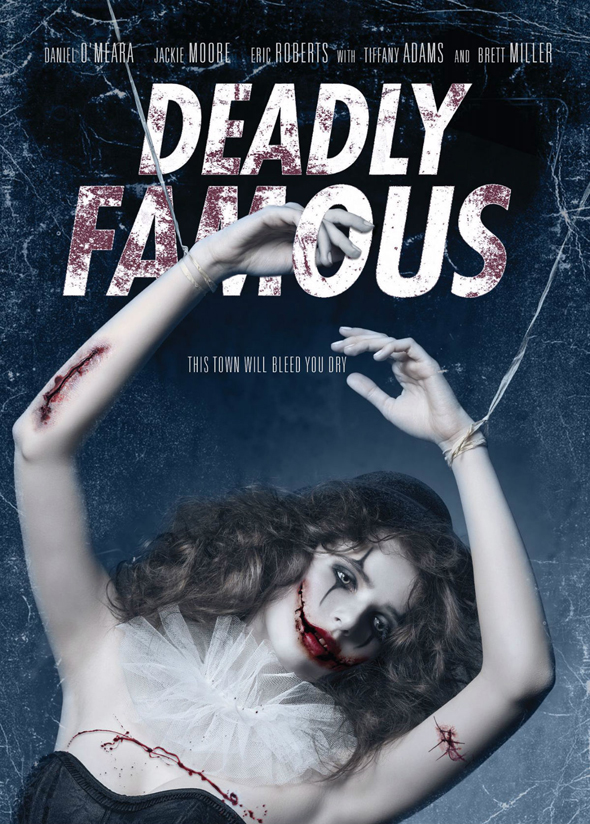