What does it mean to love, honor, and obey someone? Without respect, can there never truly be love and, similarly, is obedience love? Those who have ever questioned the sacrament of marriage are not alone. The dark Drama Deadly Virtues: Love.Honor.Obey. was released to VOD on February 7, 2017 via Artsploitation Films and Raindance Raw Talent, and it just might inspire some interesting discussions. 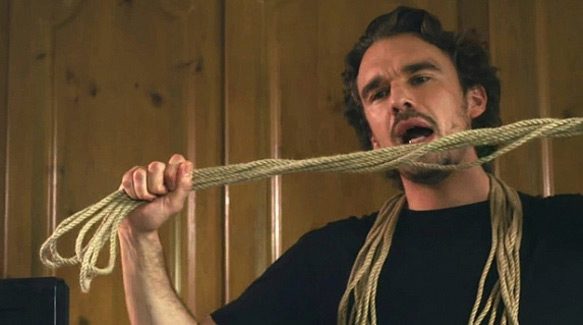 Deadly Virtues: Love.Honor.Obey. was directed by Ate de Jong (Drop Dead Fred 1991, Highway to Hell 1991), and is no simple Home Invasion Thriller. Instead, consider this a marital Drama on steroids. The British film opens with Lingerie-Designer Alison (Megan Maczko: A Hologram for the King 2016, Me and Orson Welles 2008) and Technical Writer Tom (Matt Barber: Downton Abbey TV series, Dracula TV series) in the middle of a shared moment in their marital bed: Tom is violently pursuing his own pleasure while Alison appears indifferent, pained, and annoyed. “Mind if I cut in?” quips surprise guest Aaron (Edward Akrout: Houdini and Doyle TV series, The Borgias TV series), quite possibly the world’s most suave and sensual home-invader.

Almost immediately, it becomes abundantly clear that this is not a typical break-in, in the film sense, that is: instead of robbery and rape, Aaron seems intent upon playing “house” with Alison. Her failure to comply with his demands leads to pain for her husband, who is trussed up and splayed out in the bathtub. When Alison begins to cry over Tom’s screams of pain – he has just had a finger removed with pliers – Aaron quips: “Stop crying. He still has nine left.” 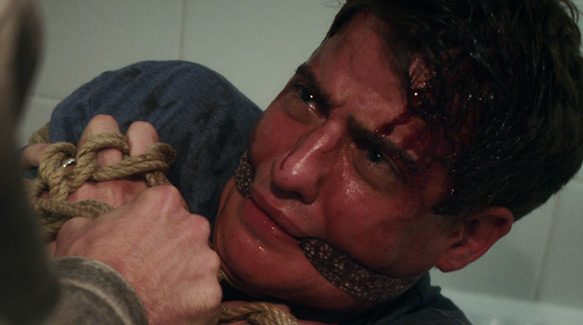 The twist in Deadly Virtues: Love.Honor.Obey. is pivotal to how viewers analyze the overall message of the film, but Aaron’s dialogue is perhaps the most important key throughout. “Your only chance of survival comes from compliance,” he warns Alison. Perhaps he is speaking beyond the immediate situation and to the bigger picture: Do we, as women, merely comply to survive our relationships? The dialogue throughout is multi-layered, raising more questions than it generally answers. While Aaron’s words are, taken at face value, threatening, they are also prodding, directing, and teaching. “Your devotion makes you pliable,” he enthuses. “That’s a useful quality for a man like me.” While he is, yes, committing a criminal act, he often seems more like a psychologist than a sadistic wannabe-rapist. 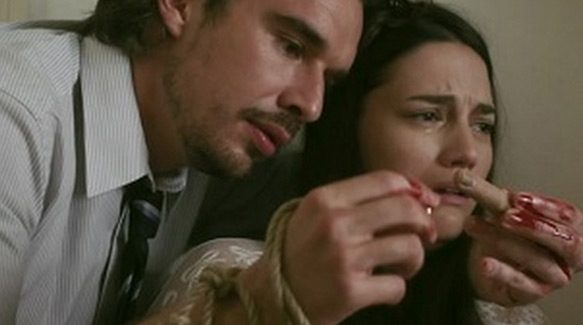 Filmed in the UK and clocking in at roughly eighty minutes, Deadly Virtues is a commentary on marriage and the traditional marital vows. A tour de force that moves at a frantic pace from moment one, the film is dramatic, lurid, thrilling, sadistic, and shamefully enjoyable – at least for women. For its intensely dark, psychological commentary, CrypticRock gives Deadly Virtues: Love.Honor.Obey 4 out of 5 stars. 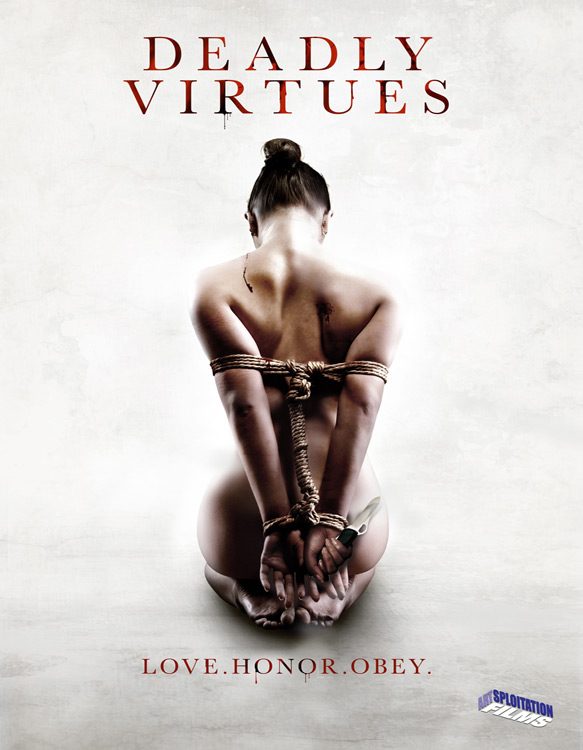