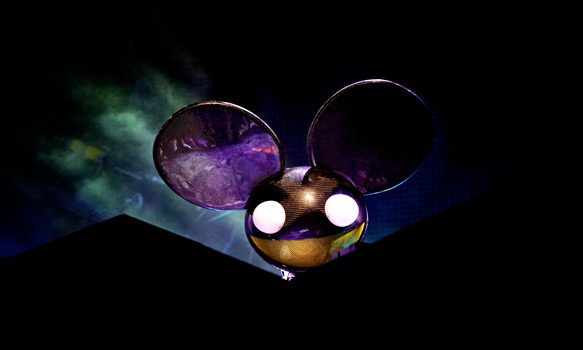 Toronto-based DJ Joel Zimmerman, aka Deadmau5, had quite a record cycle for 2014’s critically-acclaimed while(1<2). A time that featured headlining shows at Bonnaroo Music and Arts Festival, Reading and Leeds, he also bought himself out of his EMI contract and battled through major depression. In the wake of Zimmerman’s return to the studio, the masked DJ promised a darker, retro ‘80s vibe when first announcing the release of 2016’s W:/2016ALBUM during an interview with Pete Tong of BBC Radio 1 just a month prior to the LP hitting stores. This in mind, Zimmerman truly did live up to his promise, producing quite possibly the darkest album of his career.

Opening as uplifting and wistful with a vibrant lead, from its first track, “4ware,” the arpeggiated leads are certainly reminiscent of the progressive Trance genre, as well as European House influences. However, those who assume that the entire album will take inspiration solely from these influences, could not be more dead wrong. While this may be one of the least innovative tracks on the album, it is incontrovertible that this track is classic Deadmau5, and there is nothing wrong with reverting back to the classics every once in awhile.

A perfect example of that is “2448,” a vintage Techno-driven piece that honestly would not be surprising if included in the score for a Super Mario Bros reboot. In both the leads and the bass, driving ’80s Sci-Fi synthesizers lash out throughout the first half of the tune. Then, around the two-minute mark, the track takes a 180-degree and dips into the rich textures that “4ware” teased; elusive, bouncing European House beats over an increasingly alarmed lead.

The Disco-infused “Cat Thruster” offers something of more whimsy, namely recognizable and accessible melodies, as well as smart key changes. The mellow, hollow bass-driven Funk is equally infectious as any of Zimmerman’s previous chart-toppers, and blend like a dream with subtle lead tinges. This melodic piece is a complete polar opposite of the controversial “Deus Ex Machina,” one of Zimmerman’s more experimental pieces that features almost warehouse-like twinkles, adding inorganic and experimental textures. Experimental, almost too simplistic for the ostentatious discography Zimmerman has under his belt.

From here, the first half of album reaches a climax with “Imaginary Friends,” one of, if not the best, song on the album. Zimmerman takes his time to allow the track to expand on itself and to evolve organically, giving it a strong delivery. Featuring blaring bass chords, orchestral touches, a clever key change, as well as pumping rhythms destined to keep listener’s foot tapping, tinges of delicious low-toned leads and chord build up make for the perfect elements of EDM.

Full of peaks and valleys, W:/2016ALBUM seems to take a blow midway through with “Let Go,” the only song on the album to features a vocal artist. It is two minutes of Grabbitz’s moody a capella confirmed by a harsh transition into syncopated leads that do not quite match to the rhythm. There is a strong hook from synths as soon as they start, but they lack dynamic and stay stagnant. Going by Zimmerman’s statement of the album feeling “rushed,” many fans may concur that this track in particular feels ingenuinely thrown together.

Zimmerman seems to be going through the motions, which is now especially evident in light of his recent tweetstorm regarding his disapproval of the album. He obviously has such a wealth of talent, proved by some of his more ambitious work in the past, but even the title W:/2016ALBUM is an example of exactly how rushed this collection of songs feels. “I don’t even like it,” he tweeted on his Twitter profile some time ago. “It was like… so fucking rushed / slapped together.” Yet, the most frustrating aspect about this album is not his self-deprecating comments, but the fact that this is Zimmerman’s first album after buying himself out of his contract with EMI; this is supposed to be his time to speak intimately and wholeheartedly with his fanbase, showing the world exactly what he has been fabricating behind the bars of label contracts.

Another major flaw of  W:/2016ALBUM is the redundancy, which is probably a consequence of the hastiness of the release. The tracks feel absolutely disjointed from one another, especially the progressive House beats from the breakbeats. Earlier this month, Zimmerman told Rolling Stone, “It’s over a year’s worth of work that doesn’t correlate,” although he has been learning to love the album. That said, it does grow on the listener, but let one call it like it is, it does not correlate, but it is a decent genre-fusing compilation album.

All in all, W:/2016ALBUM is a compilation of sorts, a dark-world depiction of the world of EDM. Eighties Progressive synths and thoughtful dark undertones create a unique soundscape for the Canadian music producer, which work mostly throughout the album. While the LP lacks cohesiveness, it is strengthened by solid danceable hooks on such as “4ware,” “Imaginary Friends,” and “Cat Thruster.” As these tracks were gathered over a wider span, fans can only guess where the electronic artist will take them next. CrytpicRock.com gives Deadmau5’s W:/2016ALBUM 3.5 out of 5 stars. 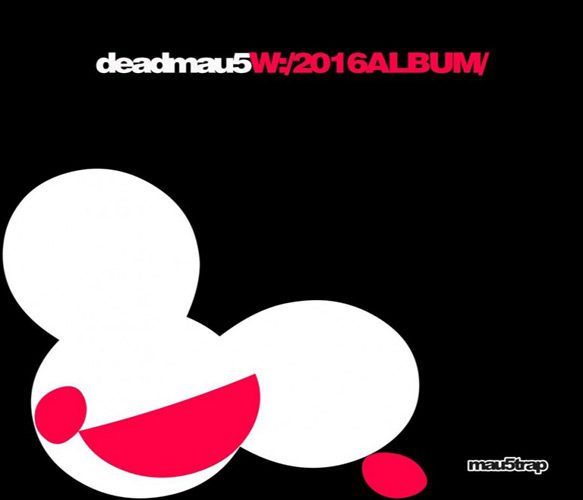