In January 2012, a three minute test reel was shot in an attempt to convince the heads of Fox Studios to move forward with the highly anticipated feature film of Deadpool. After the footage was released two years later, the response from fans was so overwhelming, the course to put it into production began promptly after. Once it was set in motion, all cast and crew involved jumped in with both feet, and they did not disappoint. 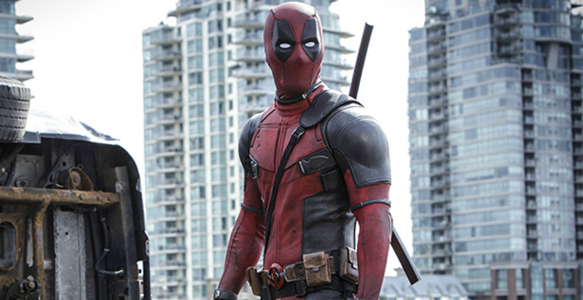 Told in the narration style similar to Ferris Bueller’s Day Off, the film was nothing short of hilarious, poking fun at random celebrities, as well as Fox Studios and Reynolds himself. Apparently, there were many budget cuts throughout the making of the film, which resulted in fewer characters and less action scenes, including a motorcycle chase between Deadpool and Francis. All that aside, every effort they put into this film was well worth it, breaking records with the first R-rated movie to hit over $130 million opening weekend. 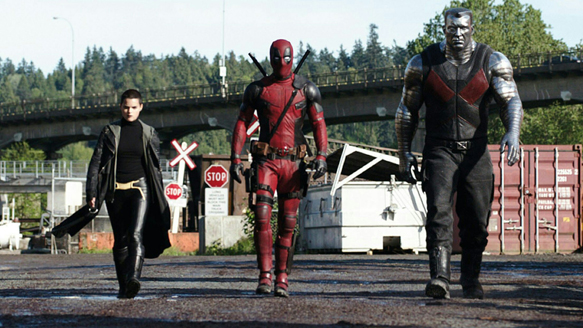 Released twenty five years after Deadpools first appearance in “New Mutants” issue #98, the story revolves around Wade Wilson, a former Special Forces operative turned mercenary. In a bar run by his impromptu best friend Weasel (Miller), he meets Vanessa (Baccarin), a not so damsel in distress he is immediately smitten by. After being together for a while, Wilson comes to learn that he has cancer. Unbeknownst to Vanessa, he attempts to try a rogue experiment by an underground company whose line of work is genetically making mutants. His tester is a man who goes by the name of Ajax, and Wilson is immediately able to get under his skin with his uncanny and twisted sense of humor. Once it is learned of Ajax’s real name, Francis, all bets are off, and he is determined to make Wilson pay.

Subjecting him to various stages of torture, he eventually puts Wade in a capsule and cuts the oxygen off for a few days. The mutation does kick in at this point, giving Wade accelerated healing powers which allows him to survive, but not before the experiment severely disfigures him. He is able to escape and confront Francis, but he is beaten and left for dead. Hellbent on revenge and equipped with his new abilities, Wilson creates the alter ego Deadpool to track Francis down so he can undo the damage to his face and body.

Unlike any other Superhero movie, the storytelling was highly inventive, going back and forth from past and present to conclude the film. The audience is thrown into the action right in the first sequence, and slows down just long enough to hold the viewers attention. There was a constant jolt of energy, much like Deadpool himself, and it helped keep the story fresh and exciting. 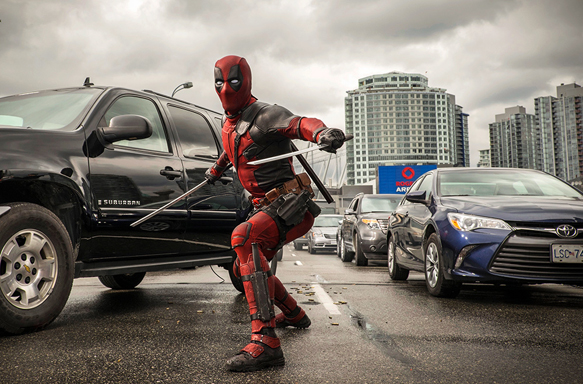 The action itself came together quite beautifully, experimenting with different visuals and camera angles. Slow motion was used in the right moments, and although there were scenes that were brutal and ruthless, the humor behind everything managed to stay put. The pace of it all was close to perfection, and nothing felt repetitive.

Beyond everything else, the humor is what really anchored this film. Reynolds is already known for portraying characters that are annoyingly witty, and Deadpool is another perfect example of that. Most scenes with T.J. Miller were improvised, and it kept the dialogue natural and up to date. Even Baccarin was able to keep up, creating a chemistry with Reynolds that was detrimental to the film, giving it a strong emotional core other movies lack.

Given how successful this movie already is, its history to make it is rather surprising. Reynolds has been begging for this movie since 2004, and many doors were slammed in his face, as there was zero faith from big heads at Fox Studio’s. Once it was set in motion, advertising never stopped, many of them shot in Reynold’s own home. Although he never made an actual appearance, Hugh Jackman (X-men series, The Prestige 2006) also played a major role in getting the movie made, and he is praised quite a few times throughout the film.

With Director Tim Miller already planning a sequel, Deadpool is a refreshing new face to stir the pot of Hollywood, and everyone involved deserves a huge pat on the back, including the fans that created an uproar upon seeing the original three minute footage. With maximum effort, it goes to show what can be accomplished, even if the world is against you in every way. CrypticRock gives Deadpool 5 out of 5 stars. 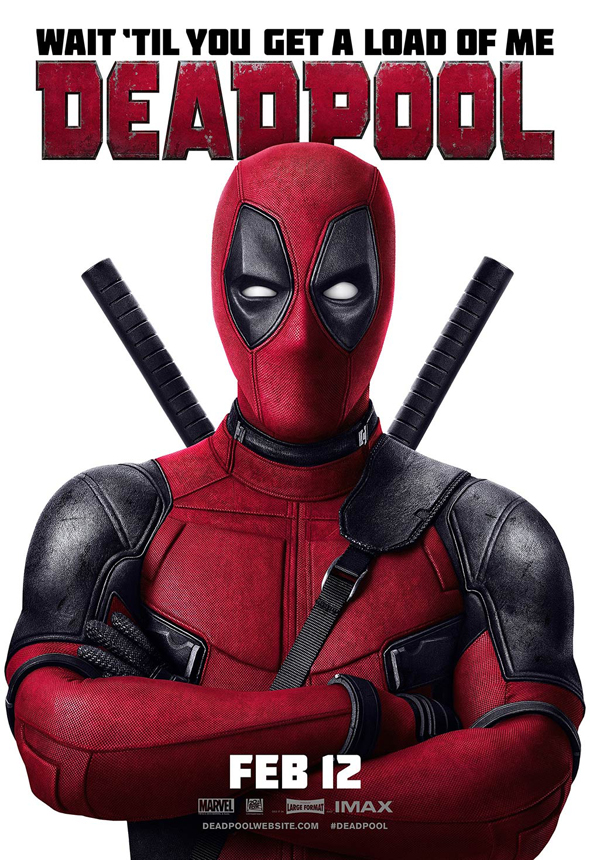