Deadstar Assembly – Blame it on the Devil (Album Review) 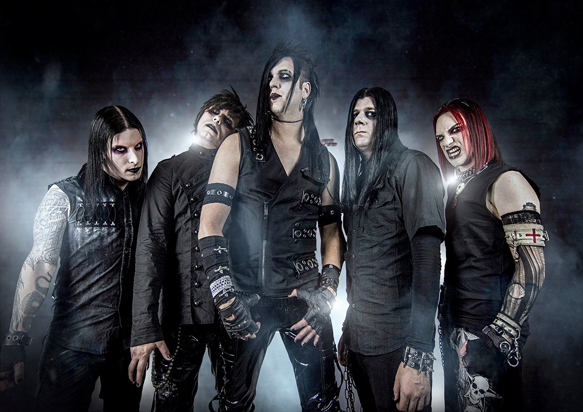 The Fort Lauderdale, Florida based Industrial Metal band Deadstar Assembly was formed by singer Dearborn and Techno producer Luis Duran back in 2001 and has released three full length albums to date. After several line-up changes, the genre-familiar painted omnium-gatherum is currently completed by DreGGs (guitar), The Dro (bass), Kriz D.K. (drums) and Mubo (keys). The oft covered ’80s hit of Real Life’s “Send me an angel” off the self-titled, 2003 debut album, became the band’s biggest success and got massive airplay from DJ’s of various Florida radio stations. The song also was used for MTV’s show Punk’d as well as for the X-Box game Project Gotham Racing 3, which boosted the band’s level of visibility amongst the general public. Over the years and after two more releases, including Unsave (2006) and Coat of Arms (2010), the band has made themselves a name in the Nu Metal/Industrial Rock scene, also by touring with the likes of The Birthday Massacre, Wednesday 13 or Combichrist to name just a few.

With new label Standby Records and their new, self-recorded album called Blame it on the Devil, Deadstar Assembly follow their own well-known path once more. The genre tag of Industrial Metal does not quite hit the nail on the head though, as the band’s sound comprises more of a grab-bag featuring many ingredients of the Metal-market garden. While listening to Blame it on the Devil, the listener might experience a number of deja-vu moments, yet they would be hard pressed to try and accused the band of copying other artists. On the other hand it is out of the question to escape some comparisons in order to describe the band’s sound. The album’s opening title-track shows the volatile Industrial vibes which are underlined by the cold and mechanical sounding production and the extremely triggered drums, with nods to Marilyn Manson in both the songwriting aspect, as well as the performance of singer Dearborn. Deadstar Assembly manage to accomplish the feat of mixing their sound with ’80s Metal. Leaving aside the production, programming and sound-gimmicks, the second track “Overdose” reminds one of the early phase of danish Hardrockers Pretty Maids in glory Red, Hot & Heavy (1984) and Future World (1987) times, where especially singer Dearborn sounds almost like Ronnie Atkins – an attribute which comes to mind very often while listening to the nine tracks of Blame It On The Devil.  The outro “Devil’s Reprise” picks up the main theme and riff of the aforementioned title-track.

The song “Filth,” one more time breaks the ranks with an almost Rap-Metal sounding garb and reminds a bit of Hollywood Undead, while the overall view of the tracks draws a picture of a modern Nu-Metal album with truly good compositions. The first single “Amulet” or “Into Light” follow clearly the modern wave of US Nu-Metal bands such as Starset. “Will not Die” again beams the listener back to the ’80s and shows again the curious singularity in Deadstar Assembly’s sound to combine long ago, presumed dead elements with the mechanical Industrial sound of the ’90s. Here and there, especially in “Dirtier than Sin,” the spectrum is enlarged by Electro-Synth-Pop in the sort of Orgy.

Deadstar Assembly will not get any award neither in case of style and their look between Deathstars and Duran Duran nor reinvented the wheel of Nu or Industrial Metal. Nevertheless one has to attest the band a certain originality by uniting all the influences from the ’80s, ’90s till this day to an unusual mix. In summary what counts is that the Deadstars created an entertaining album that extravagates with simply good rocking songs. CrypticRock gives Blame it to the Devil 4 out of 5 stars.