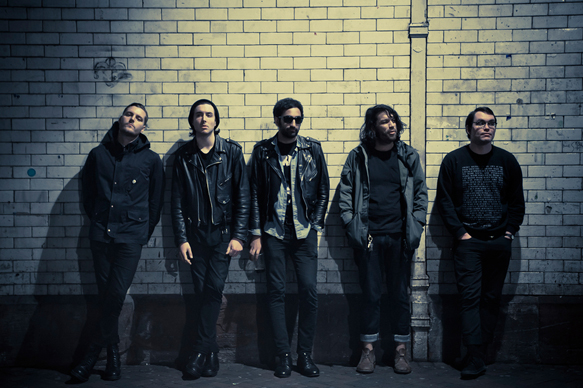 Deafheaven’s second full-length album, Sunbather, has rocketed in popularity since its release on June 11, 2013.  The band’s unique combination of black metal and shoegaze place Sunbather in a category all its own.

In an interview with the website, National Underground, vocalist George Clarke said the word sunbather represents “a wealthy, beautiful, perfect existence that is naturally unattainable and the struggles of having to deal with that reality because of your own faults, relationship troubles, family troubles, death, et cetera.”  That is a clear indicator of the tone and theme of the album.

The first track of the album, “Dream House”, starts off chaotically, with blast beats and fast-strumming guitars galore.  Clarke’s vocals are coarse and painful-sounding, but can barely be understood because they are buried under everything else.  The song is broken up well, with a few melodies scattered throughout to balance out the chaos that dominates the first half.  It really slows down and mellows out at around the 5:00 mark, with a clean sounding guitar part.  The rest of the song is a little heavier, but just as slow, transitioning into the next track, “Irresistible”.

“Irresistible” is an uplifting, repetitive track, featuring just guitars and a piano. It is definitely the lightest track on the album, as it is purely instrumental and features a soothing melody throughout.

The third track “Sunbather” is similar to “Dream House”, but with more melodies to balance with the heaviness.  A softer break before the 8:00 mark features a soft bass part supported by rhythmic guitar parts and a much lighter drum part.

The first half of the song “Please Remember” is made up of sound effects combined with incomprehensible speech and a repeating, backwards guitar riff, which gives it a very angsty feel.  The guitar part played in reverse is actually the part starting at 4:18 of the last track, “The Pecan Tree”, but toned down a considerable amount.  While this is playing, an irritating, electronic hum starts to build up, which gradually drowns out everything else, providing a feeling of paralysis.  After a short while, the sound fades out, like a grip loosening and an acoustic guitar comes in, accompanied by clean guitar parts.

“Vertigo” starts off with a complicated drum rhythm and guitars with heavy reverb effects.  It transitions into a swing beat around the 3-minute mark, with a heavier bass riff.  This almost 15-minute long epic is a gradual descent from technicality and experimentation into anger and sorrow.  It is the most melodic track, as well as the track with the most transitions on the album.

“Windows” is a shorter interlude track that consists of atmospheric guitar sounds and long, sustained, single piano hits.  This is used as a background to support audio recordings of someone dealing drugs and someone preaching about Christianity.

The last track, “The Pecan Tree”, starts off heavy with a muffled blast beat on the drums and Clarke’s rough screaming.  After that, there is a three-minute break, consisting of the guitar part from “Please Remember” (but played forwards this time), a repeating piano melody, and a dynamic drum part.  The rest of the track reflects the lyrics that are repeated until the end:

Sunbather is not just about the music itself; it is truly an emotional journey that reflects the lyrics of each song.  The tracks alternate between long and heavy to shorter and softer to provide equilibrium.  CrypticRock is proud to give Sunbather 5 out of 5 stars. 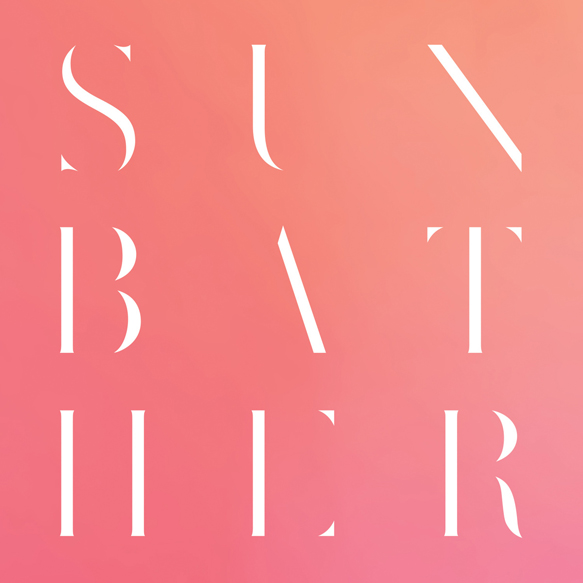