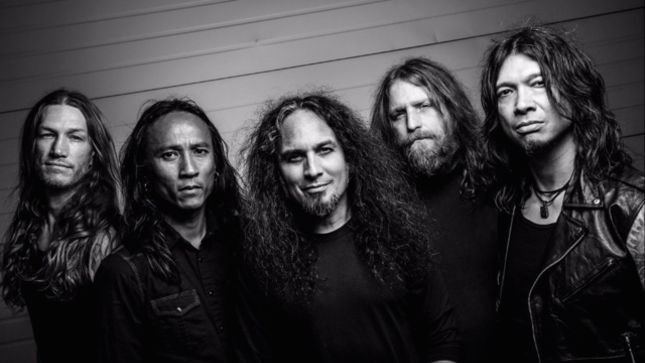 In the year 2016, there can be nothing more refreshing than a Heavy Metal band that has been in existence since the early eighties, yet continually grows their fanbase and gets better and better with each album. With eight studio albums under their belt, San Francisco, CA originals Death Angel have proved time and time again their worth in the world of Thrash Metal. Despite their hiatus, these guys came back with a vengeance with a few line up changes over the years. Currently they remain stable and keeping Thrash alive with their original members Mark Osegueda on vocals and Rob Cavestany on guitar, along with Ted Aguilar on guitar, Will Carroll on drums, and Damien Sisson on bass.

The band’s latest masterpiece, The Evil Divide, features ten tracks of various, wildly thrashy, maddening moments with that ever so subtle hint of Death Metal wafting through the mix. Released on May 27th via Nuclear Blast Records, the grinding, buzz-filled, thrashy riffage is total ear candy. In addition, the vocals, while leaning in a more Slayer-esque direction than normal, are top notch ass-kicking in every song. Above all, the creativity of Death Angel continues specifically in the guitar work, which really sets them in direct competition with their peers such as Slayer, Testament, as well as even Megadeth.

Keeping their eighth studio record interesting, the cover-art features the merging of a human skull and moth. Perhaps this is a depiction of the human race eating itself alive with all the political nonsense surrounding the United States as of late. Regardless of meaning behind the madness, from the very first track “The Moth,” the speedy and blasty tone sets the album on fire. This blistering opening keeps burning furioously till the final explosion that is “Let The Pieces Fall,” which is The Evil Divides longest song and most uniquely structured for its change ups and rhythms. Another fantastic offering comes three tracks in, in the form of “Lost.” It is one of the most melodic songs on the album and has some of the cleanest vocals, which are not any less pitch perfect than the rest of it. It evokes the presence of a struggle within and is as heartfelt as possible when referring to a thrash song.

Later on, “Father Of Lies” is back on the speedy political track and full of great drumming as well as creatively and diversely melodic guitar riffs. Furthermore, “Hell To Pay” is a wonderful Thrash-fest of screeching madness and double bass. Possibly the most Slayer-esque of all the tunes is “It Can’t Be This.” With that said, it is far from a bad time as it makes for a much better Slayer song than probably anything on Slayer’s last album.

Simply put, there is not one bad song on the entire The Evil Divide album, and they all have their own personality while still undeniably possessing that known and loved Death Angel style. With that in mind, Death Angel, as a live entity, is about seventy-five percent better than an album listen, which puts them in the highest ranking in terms of basically the ability to do it all with utmost success. This newest album creation is sure to add the best of the best to a live performance setting and is highly anticipated. Without the slightest hesitation, CrypticRock gives The Evil Divide 5 out of 5 stars. 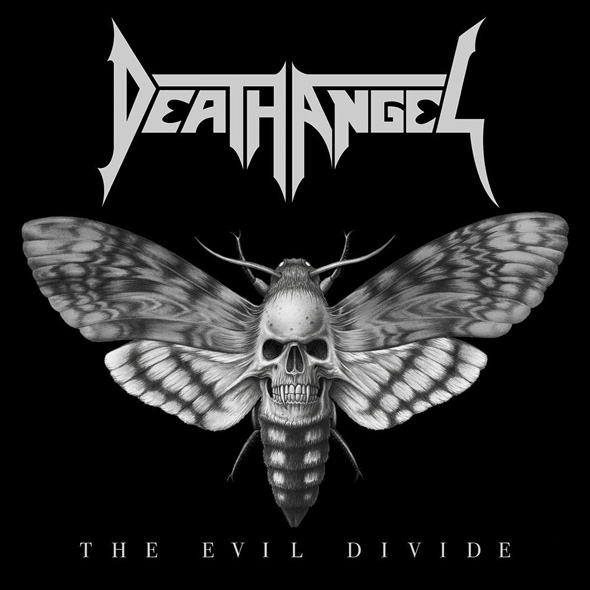