Death Factory is the latest movie to be released by Second Nature Films and Potty Mouth Productions. Director Steven Judd (Shouting Secrets 2011, Shhh! 2013) and Writers Stephen Durham (Bloodlines 2007) and David McClellan (Dunsdance 2011) bring viewers a story of a bus load of people on their way to the Grand Canyon, and most of them are excited about that. The passengers are made up of an eclectic group of people; Simon (Damien Puckler- The Man who Cried 2000, 30,000 Leagues Under the Sea 2007,) an ex-military man, his brother Brian (Cameron Bowen- Mystic River 2003, Seabiscuit 2003), Daisy, and her preacher husband Bill (Braxton Davis- The Revenent 2009, The Man Who Knew How To Fly 2010), Goth couple Ren (Jeremy Thoresen- Dark House 2009, Paper 2013) and Star (Tonya Kay- Boomerang 2014, Garden of Eden 2014), friends Nicole (Ire Wardlaw- Gone Girl 2014, A Broken Code 2012), Candi (Charito Mertz- Exhausted 2011, Reckless 2014), a lady named May (Mara Hall- Handbag 2012, Friday: The Web Series 2014), Kip (Jacob Hobbs- Hercules 2005, The Doers of Coming Deeds 2006) and his sister Jan (Christy Keller- Heavenly Beauties 2005, 7 Kilos 2007). Shortly into their trip, the bus overheats and they have to pull over while the bus driver figures out what to do. The passengers decide to go for a walk together, up the road to a place they find a sign for ‘The Death Factory’ in the hopes they can locate a phone or some help. What they do find becomes their worst nightmare. 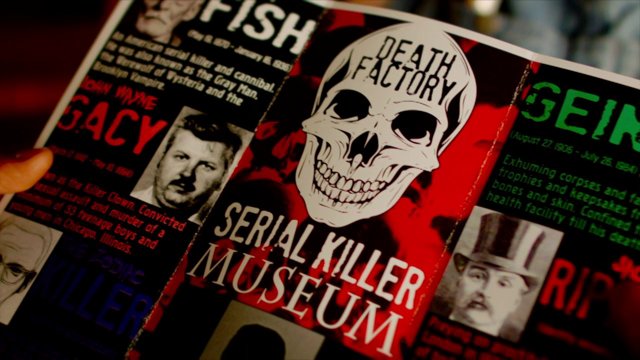 Unknown to them all, the Death Factory is a soon to be opened museum, dedicated to six of the world’s worst serial killers- John Wayne Gacy (Hawk Walts- Bad Ass 2012, Bounty Killers 2013), Jack the Ripper (Mary LeGault- Life on Top 2009, Rift 2011), Jeffrey Dahmer (Marion Kopf), The Zodiac Killer (John C Epperson- Already Gone 2012, The House 2012), Ed Gein (Gary Kasper- Batman Forever 1995, The Assassin 1993), and Albert Fish (Rick Williamson). The owner (Randall Bosley- Envy 2004, An American Carol 2008) has been able to obtain a number of original artifacts to accompany his exhibits which are held in cabins. He has high hopes of turning the deserted place into a haven for tourists that like to be scared. He has sunk a great deal of time and money on his gore-themed museum.

A man from Africa, JB (Semi Anthony- Destiny 2013, The Chosen Ones 2014), arrives to discuss the possibility of purchasing the business with the owner, but it soon becomes clear that he has other intentions. JB kills the owner/collector and sets about to perform a satanic ritual to bring forth the killers so they can all fight each other and him, so he can become the greatest of them all. When a killer is in turn killed, his spirit is imbued in the person that kills them; a bit like Highlander for evil people. Unfortunately Simon and the others are headed right for Death Factory with JB ready to begin his wicked plan.

When Ren and Star accidentally complete the ritual while fooling around, the world’s worst serial killers are brought back to life one after the other to take off where they were abruptly stopped in life. Not only do they all have to deal with each other, and some horrific killers, but they also must deal with JB who is making a mark for himself. JB may be no match for Simon and his training, and it starts becoming apparent the final fight for the ultimate power may end up being between Simon and JB. Simon’s dark past comes in handy while he fights for his life, and everyone else’s. 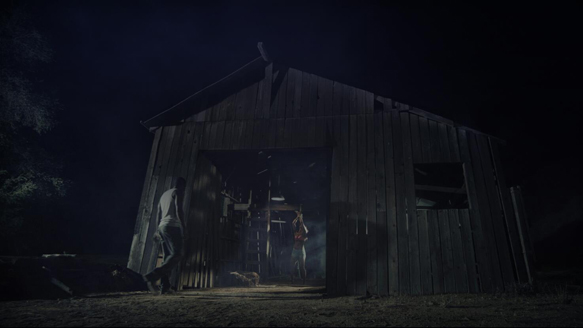 Death Factory has the potential to be a great horror film, not just a watered down version for the masses, but an interesting and original storyline. While the acting does not quite match up to the caliber of the storyline, it is sufficient enough to allow you to be carried away in the film. There is some graphic language, violence, sex and nudity. The ending is open, leaving room for a sequel, perhaps in a different place altogether, and it indicates JB may have had help in his quest, and that help intends to have its will done. CrypticRock gives Death Factory 4 out of 5 stars. 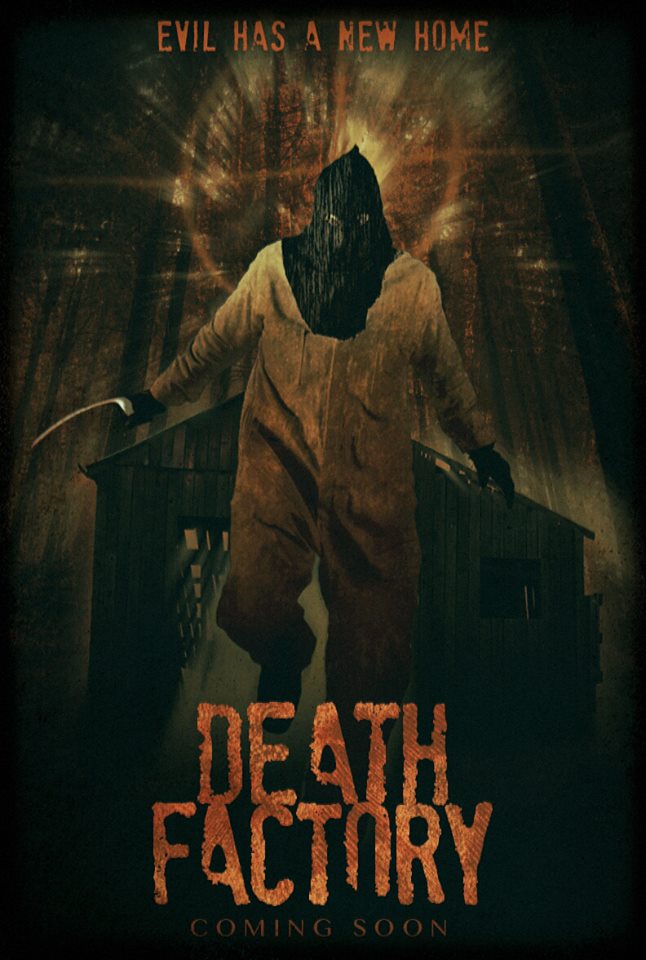