Death From Above – Outrage! Is Now (Album Review) 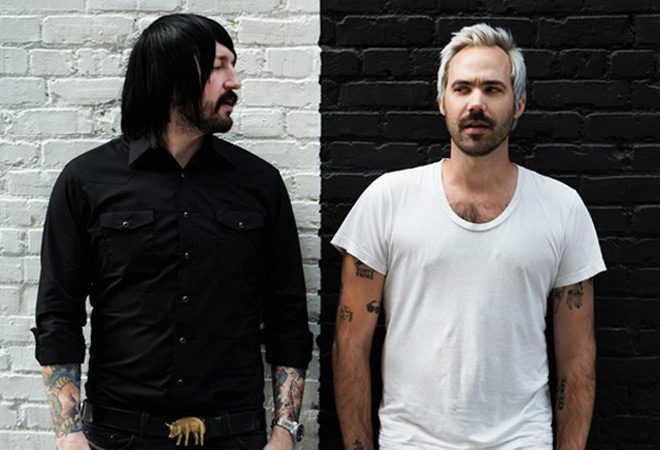 Set to be released on September 8th through Last Gang/Warner Bros, Outrage! Is Now comes as a follow up to the band’s 2014 reunion record, The Physical World. Though Toronto natives Jesse F. Keeler (bass, synth, keyboards, backing vocals) and Sebastien Grainger (lead vocals, drums) formed in 2001, the band only released one EP; Heads Up in 2002, and one LP; the Dance-Rock classic You’re A Woman, I’m A Machine in 2004, before calling it quits in 2006. However, after a five year hiatus, the band returned in 2011, marking a new era for Death From Above 1979. Now, Keeler and Grainger are set on expanding and evolving their sound with their newest effort.

That evolution is most apparent on the album’s explosive opener “Nomad.” Fuzzy, chugging guitar riffs and crashing drums drive this catchy track and keep its energy high. Grainger adds in some impressively fast beats and lo-fi, hazy vocals that stretch to the top of his range. “Nomad” makes for a killer opening track, and, in fact, it is the best song on the album. Never fear, though, as Death From Above have plenty more still to give.

Another star track is “Freeze Me,” which kicks off with an up-tempo piano intro before shifting back and forth between stripped down verses and cacophonous choruses. Echoing arena/festival staples Muse and perhaps even some Arctic Monkeys, “Freeze Me” begs to be played in front of massive crowds, as does the album’s title track. They keep the momentum going by channeling some Rage Against the Machine with the early single “Never Swim Alone.” This track features Grainger’s most memorable and infectious vocal performance, bolstered by Keeler’s clanging guitars before the song fades to a strange Neo-Noir outro.

After a few more forgettable tracks like “All I C Is U & Me” and “NVR 4EVR,” Outrage! Is Now culminates with another one of its best offerings, “Holy Books.” One of the heaviest tracks on the album, “Holy Books” is filled with heavy, hazy guitars as Grainger shouts, “I don’t go for no holy books / Those ancient rhymes, they ain’t got no hooks.” Interesting that Outrage! Is Now is sandwiched by its two best tracks, while the album’s filling can often leave a bit to be desired.

All told, Outrage! Is Now clocks in at under forty minutes but manages to pack a few slick punches into that short time. Will this new album come to define a genre like their debut album did? Probably not. Still, there is plenty here for fans to enjoy, and the musical progression the band are taking is certainly promising. Hopefully fans will not have to wait a decade to find out where Death From Above will go next. For its catchy mix of Rock styles, CrypticRock gives Outrage! Is Now 3.5 out of 5 stars. 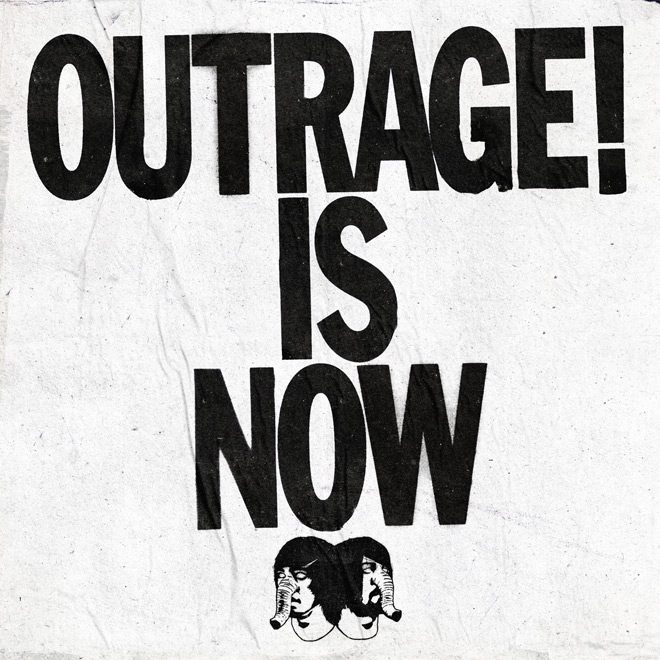