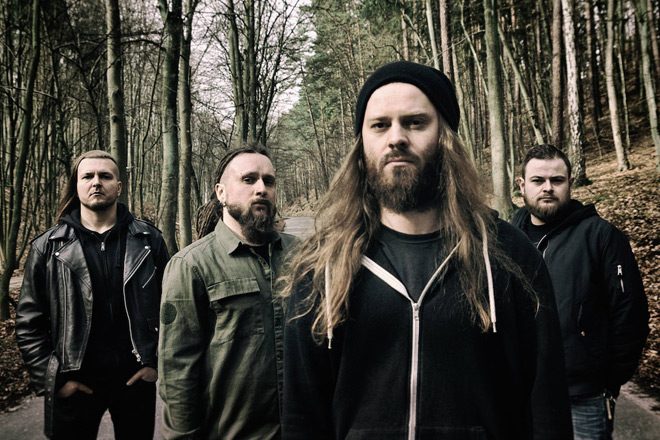 There is still so much new and innovative Heavy Metal being made all over the world, and as much an important part of anything, is the undying Death Metal scene. Originally starting out as teenagers, becoming main contenders with a technical prowess comes Poland’s Decapitated.

Together over two decades now, the well-respected Decapitated returned on July 7, 2017 with their seventh studio album entitled Anticult via Nuclear Blast Records. Their first studio album since 2014’s Blood Mantra, while Decapitated has steadily increased their notoriety and initialized their sound in a seemingly steady uphill climb, Anticult seems to take an abrupt turn in a mixture of uncharted territory that lends itself to an array of critique. Eight tracks in total, they not only bank more on a Deathcore style than a very technically advanced one, but they even bring in some Thrash and Death-n-Roll to the front of the room.

After suffering a few mishaps in real life along their journey, including the tragic death of the founding Drummer Witold “Vitek” Kiełtyka at only twenty-three years old, the core group today consists of Wacław “Vogg” Kiełtyka on guitars, Rafał “Rasta” Piotrowski on vocals, Michał Łysejko on drums, and Hubert Więcek on bass. A band with relentless souls bond together, they bring fans Anticult, encompassing everything they needed and wanted to say this time around. One can only guess the goal was to fasten and sharpen the riffs to create badass tunes, and in that realm they accomplished it all well.

All this in mind, album opener “Impulse” is a spawn of just that, and while it may lack in out of the box creativity, it makes up for a little with the more Thrash based Death riffs as well as breakdowns. Furthermore, the solos on “One Eyed Nation” are a highlight before merging into “Anger Line,” which leaves the listener in mute frustration wanting the heavy tech Death Metal game back.

The best track and the only one that comes close to the cover art representation of suffering that the chained hands all bloody and nailed together is “Earth Scar.” Here there is an element of excitement as the technical mindset is back and the Death-n-Roll drumming turns faster and darker with a dramatic screaming end that channels the vibe with brutal conviction. Then there is “Never,” which borders on another worthy Decapitated tune, but despite its trying vocals, it proves to stay too stagnant in what is quickly becoming a Deathcore overtone theme. Finally, “Amen” slows the thunderous roll into the most exciting Death-n-Roll tune on the album that ranks second in favorites at hand. At only two and a half minutes long, this serves as the worship to the ending.

The most unflattering poise of Anticult is in the rendition of the multitude of different than the normal Death Metal style that seems unedited at times. The more Rock based side works positively in moments and unfortunately the Thrash does not compete. Which raises the question, should Decapitated continue to explore new genre mix ins or should they stick to their roots? Well that is up to them, and it definitely could be a success to explore if done in the most creatively appropriate way.

Anticult is a bit of a wash over however in comparison to the majority of Decapitated’s previous albums, yet it has tremendous potential and two standout cuts mentioned are there in a new twist on the old exciting caliber. Without further detonation, CrypticRock gives Decapitated’s Anticult 2.5 out of 5 stars. 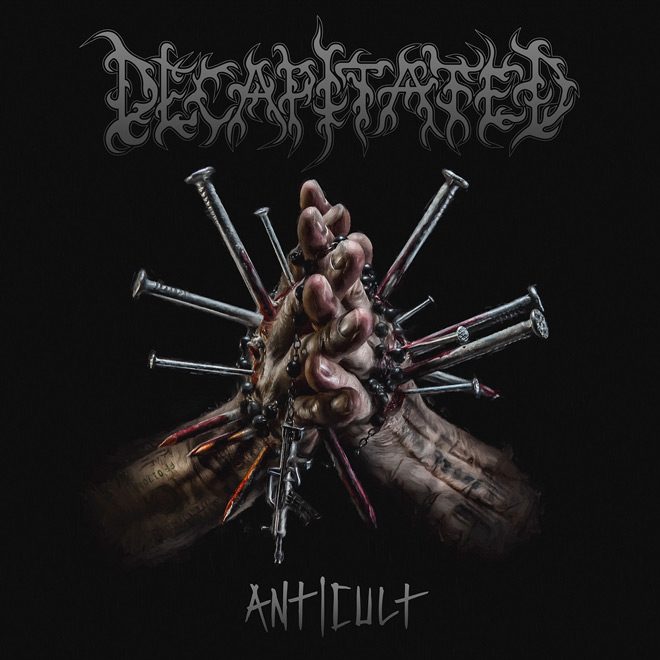