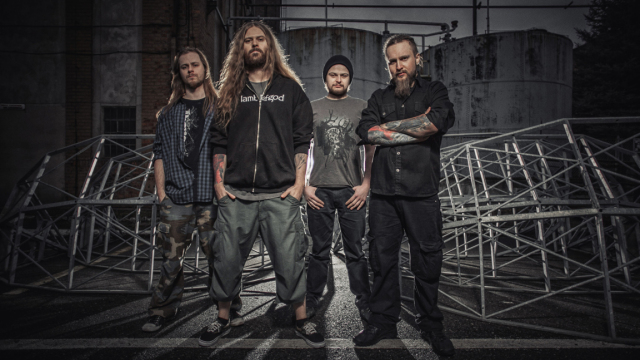 Decapitated are one of those bands who got started before any of its members could legally drive, then gained rapid fame and critical praise for their music; in this case a technical brand of Extreme Death Metal, and then met with sudden tragedy. In 2007, just over a decade after they first formed, the Polish band lost two of its members in a tour bus accident in Russia. Vitek, the master sticksman and a founding member of the band, succumbed to his injuries, while the briefly tenured vocalist Covan (2005-2007) fell into a coma from which he has struggled to recover. Original guitarist Vogg – Vitek’s big brother – decided in 2009 to reform the band with some talented countrymen. Holding their heavy hearts, but secure in the knowledge that the fallen would want them to continue, Decapitated did just that. Last month they released their sixth studio album, and second for Nuclear Blast Records, entitled Blood Mantra. The band that demolished the entire post-millennial Extreme Metal scene and rewrote the book on Death Metal in the process always has a lot to live up to. Are the creative juices still flowing, and how does new drummer Michal Lysejko fit into the equation? Is the second album since the tragedy and resulting hiatus going to continue an upward swing for the Baltic warriors?

The answers, as anyone who follows this band could guess, are ‘yes’ and ‘seamlessly.’ Technical without becoming aimless, melodic without sacrificing brutality, Blood Mantra pounds out of the speakers with a renewed sense of hunger. Poland has become a hotbed of Death Metal mastery over the past twenty years, and what you have with Decapitated will only strengthen this reputation. With that being said, there are a few areas in which Decapitated lose a smidgen of quality points. Vocalist ‘Rasta’ Piotrowski has manned the mic since the reformation in 2009, and while he is good at what he does, his voice lacks a bit of the character found in some of the more convincing Death Metal intestinal bellows out there. His voice is more suited to a Metalcore or Hardcore sounding outfit, and for some reason this is a bit more evident on Blood Mantra than on 2011’s Carnival is Forever. The end result is a much more run-of-the-mill vocal performance. Luckily, the music is so convincing that the vocals do not truly detract from the experience.

As the album begins, opener “Exiled in Flesh” has a very Vader-like tone, and while vicious fails to quite grab the attention and keep it. Things pick up however, as “The Blasphemous Psalm To The Dummy God Creation” takes a page from Meshuggah and latter-day Napalm Death with a short burst of distorted bass, blasting drums, and one of Rasta’s more convincing vocal performances. It is really the middle section of the album, especially the excellent, industrially paced “Veins,” the title track, and “Nest” where things get more solidly interesting. “Nest” especially has a very Fear Factory meets Meshuggah feel to it, which is sure to please some and aggravate others.

The back half of the album features an experimental track in “Blindness,” which features some pretty liquid, gorgeous guitar leads. There is an ambient closing track in “Red Sun,” and on the bonus version, “Moth Defect” ends the album on a creative, technical note. This bonus track is actually one of the strongest pieces on the whole album, so it is recommended that one picks this version over the regular one for optimum enjoyment. Cryptic Rock gives Blood Mantra 3.5 out of 5 stars. 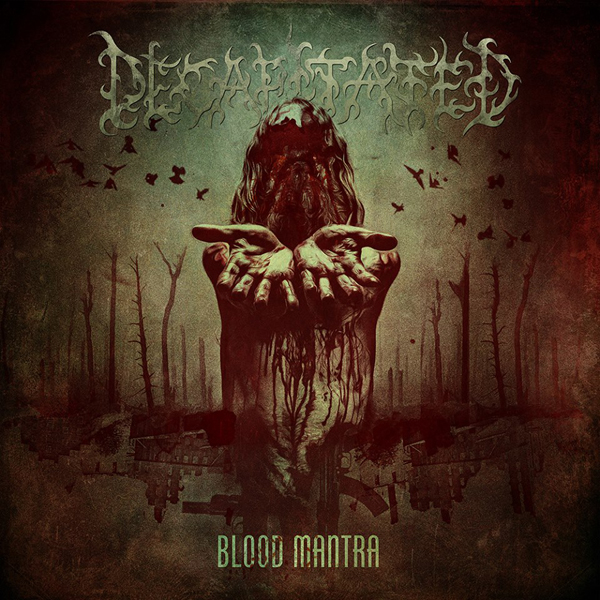