Winner of the True Grit Award at the Denver Film Festival 2015, the Ghost Orchid Films’ production Decay celebrates unrequited love and the ability to love another despite obstacles in its most unique form. The writing and directorial debut from Visual Effect Artist Joseph Wartnerchaney, Decay is a film with a different approach that dives into the world of a broken mind. Now, as of April 6th, Decay hit select theaters and was released on VOD via Uncork’d Entertainment for a larger audience to discover.

Pushing the envelope in terms of love stories, Decay focuses on the story of Jonathan, played by Rob Zabrecky (Freak Out 2014, Fun Size Horror: Volume One 2015), a musician, singer, songwriter, and bassist for Possum Dixon based in Los Angeles, who is now a prolific actor. Jonathan is an unusual man, still deeply disturbed by his childhood, raised by his mother (Lisa Howard: Ugly Betty TV series, The Twilight Saga: Breaking Dawn – Part 2 2012). As a consequence, Jonathan lives alone, suffering from many disorders, not the least being OCD. He goes to work each day, speaking to one work mate (Elisha Yaffe: Frank & Lola 2016, Better Call Saul TV series), who is largely unaware of the depths of Jonathan’s disorders.

While he is at work one day, two young woman (Taylor Brown: debut film), and her friend Katlyn (Hannah Barron: debut film), break into Jonathan’s home. Jonathan returns home while the women are still in his house, finding Katlyn dead, and startling the first woman who oddly believes he killed her. Deeply upset, Jonathan tries to explain the situation only for the women to run out of the house and be hit and killed by a car, leaving Katlyn dead inside. Rather than calling the police, a lonely Jonathan begins a relationship with Katlyn. He speaks to her, bathes her, eats dinner with her, and grows fond of her, all the while, decomposing. Her friend’s death draws the attention of the police, which upsets Jonathan further, however, it does not compel him to tell them about Katlyn. As days go by and their relationship progresses, Jonathan’s intricately ordered life spirals completely out of control.

The dark humor in Decay is reminiscent of films such as Shaun of the Dead (2004) and Life after Beth (2014). It takes the viewer deep into a disturbed mind, yet feeling empathy with Jonathan despite watching Katlyn effectively decompose in his arms. Such a strange plot in lesser hands might have been a disaster, however, Wartnerchaney has turned it into an almost beautiful story about a sad lonely man desperate for love and attention, yet unable to obtain it.

Adding to the films effect, the musical score by Michael Shaieb (Brief Reunion 2011, Singularity 2012), is equally beyond a traditional film. Rather than simply setting a tone, the music choice per scene itself drives the plot forward, provides insight into the mindset of Jonathan and some humour amongst the otherwise strange situation. The cinematography by Chuck F. Fryberger, a still emerging cinematographer, is also outstanding, along with gritty, edgy, and tight.

Filmed in Aurora, Colorado, USA, the visual and special effects complement the rest of the incredible film production by the collaborative team. While the events of the story take place in modern day, the story lends itself to any time frame. Similarities with one of Poe or King’s stories can be drawn from this film, and Wartnerchaney shows a great deal of promise for the Horror genre in the future. Most certainly one to watch for Horror fans, particularly those who enjoy a psychological element to their movies. A well written and produced film, with plenty of intense moments, CrypticRock gives Decay 5 out of 5 stars. 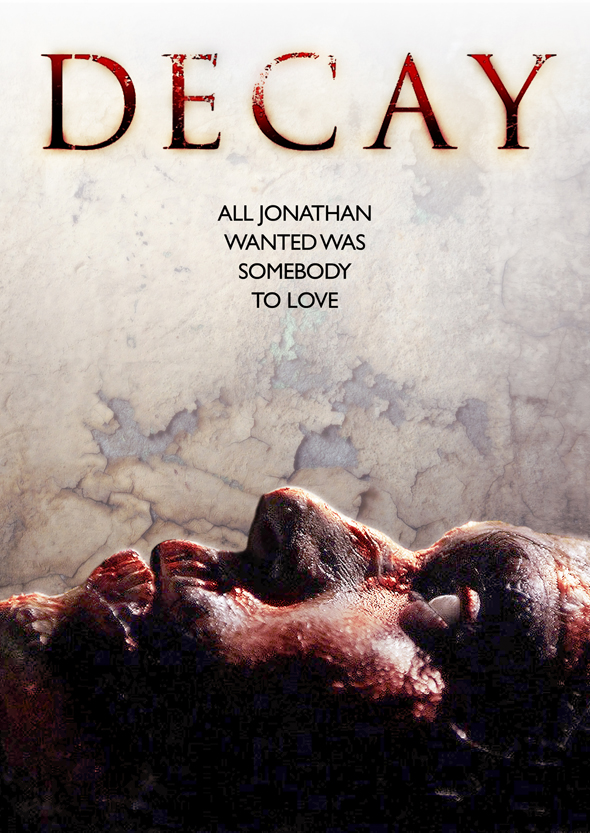