December In Red – The Way Out (Album Review) 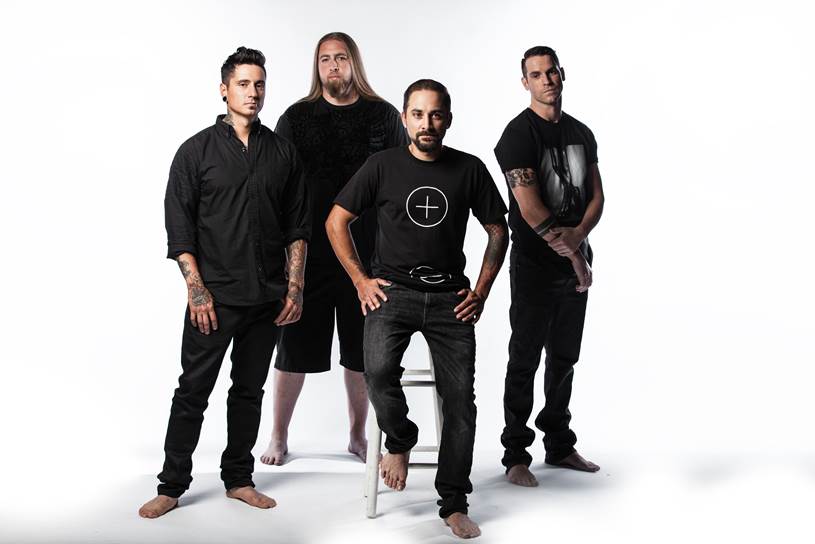 Started in Fall of 2009, Seattle, WA’s December In Red grew from a construct to a fully formed entity in no time. Having funded their latest album The Way Out through the generosity of contributors to their PledgeMusic campaign, the band has been on the road in avid support of the record. December in Red it Del McGeachy (vocals), Dan Gardner (guitar), Colby Schnelle (bass), and Marc Mercier (drums).In February of 2015, the band released a video for their single “Send Me A Postcard” and since then fans and newcomers seem to have received it well. The video topped the Loudwire “Battle Royale” on April 24th, beating out ex-Cinderella frontman Tom Keifer’s solo project, Behemoth, Of Mice & Men, and Nothing More. Now, its time to open up The Way Out and see what lies in store. Will it deliver as highly as its first single or are there some pitfalls ahead? How does it measure up in today’s Rock-n-Roll landscape?

The somber and steady beat of “the Call” opens up The Way Out and rolls right into “Hooks and Splatters.” With a tribal-like drum opening, “Hooks and Splatters” kicks into a howling whirlwind that brings to mind early Sevendust mixed with Periphery. As the tempo picks up, McGeachy’s vocals pierce through the instrumental haze of guitars and percussion to deliver a soaring and stirring performance. “Send Me a Postcard” opens with a smooth and melodic stream of melty harmonies that are some of the most pleasant at this point in the record. It’s even tempo rolls effortlessly into peaks and swells and back again. Although a beautiful arrangement, it lacks a certain flavor. This is not to knock the work that was put into its composition, but “Send Me A Postcard” will be an interesting listen for Deftones and Incubus fans, as it seems to draw from all the best elements of both bands. Its transcendent riffs and eclectic composition make it an easy listen and trance out tune. “Arrested On Sight” finds McGeachy reaching into the Brandon Boyd (Incubus) range of vocal peaks and affectations. The bass is much more prominent here and attempts to had some jaggedness to the core, but only seems that much more disjointed from rest of the instrumentals in the breakdown. “The Borders” breaks up the album with an eclectic mix of ambient and synthesized sound effects, completely separating the listener from the previous tracks and taking them outside the album for a moment.

“Corduroy” sees more Incubus-esque influence from the guys with atmospheric guitar effects and vocals. There is something really and trippy about this track that takes the listener outside of themselves with its almost whimsical guitars and ethereal outro. “De D’Aur” winds things up a little more with more intensity and quicker riffs from Gardner. It carries heavier drums and injections of roughs screams and growls. “Pelican” opens percussion heavy and with an almost danceable uptempo beat. This song is definitely a more positively themed track and lyrically relates to always staying connected to the one you love. “Hadouken” rips right out of gate with a primal scream, cutting riffs and heavy, precise drums. Taking its name from a famous move in the game “Street Fighter,” this track is one of the most vicious on the album with penetrating, screeching screams and a brutally worded rap bridge.“The Fundamental” presents another short, interceptions of sound laced with some melodic elements. “Don’t Look So Surprised” begins with a startling shriek into the calm and levels back out into the calmer tone the band has laid the groundwork for thus far. The use of the digitized vibrato creates a strange distraction where it is probably intended to add a more intriguing effect.

December In Red have made several interesting style choices on The Way Out, some that work to their benefit and others no so much. While the it would be easy to draw parallels between these Seattle rockers and their more famous influences, the real discussion happens when you dissect the differences. The band has chosen to attempt a less traditional route of Rock which would be better served by a smoother production and more fluidity between the tracks. While an easy listen, December In Red’s The Way Out is rife with almost hits that could uses just a little more polish. The roughness of some of the tracks gives the listener a real-life feel, insider sense of being in the studio or garage with the band as they track and record, but there are places where it is just distracting. They would be well served adding a few more highlights and dynamics in some of their already more intense tracks to better distinguish them as stand outs.Full of great potential and likely future success, CrypticRock gives The Way Out 3 out of 5 stars. 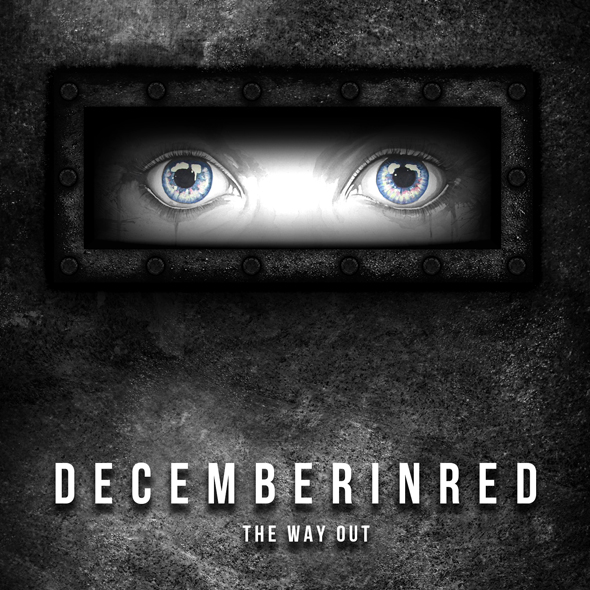