Decyfer Down – The Other Side Of Darkness (Album Review) 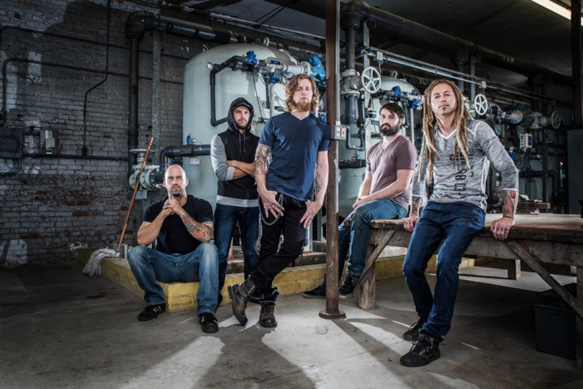 Forming in 1999 out of Morehead City, North Carolina under the name Allysonhymn, Decyfer Down has become a well-known name within the Christian Rock scene. Initially releasing their debut album End of Grey back in 2006, in 2009 they reached mainstream Rock charts with the album Crash, which was even nominated for a Grammy Award for Best Rock Gospel Album. Dressed with deserving accolades, those whom know of Decyfer Down would still agree the band is perhaps one of Hard Rock’s best kept secrets. That was never more evident than the powerful 2013 album Scarecrow, which saw the band grow with even stronger songs and polished chops.

Then, after they poured their soul into Scarecrow, the band took some time to recollect themselves. Everyone needs to take a breather once in awhile to gain perspective on priorities, and that was true of Decyfer Down. The break allowed them time to reconnect with each other in a way that can only come from playing music solely for the love of it. Currently made up of TJ Harris (lead vocals, guitar/ piano), Christopher Clonts (guitar/backing vocals), Brandon Mills (guitar/backing vocals), Benjamin Millhouse (drums), and Chris Furr (bass), the band returns in 2016 with The Other Side Of Darkness. Produced by Mills and the band themselves, the record was released via The Fuel Music as of April 1st and is a solid example of what rediscovering passion and direction is all about.

It all starts with “Rearrange” kicking off the album, literally, with a quick drum line intro before descending into rapid guitars. Vocals give the track an added power boost and, around the 2-minute mark, simple but ethereal vocals lead in. Then, opening with eerie warped vocals, “Dead Skin” at first seems to be about fighting against another person, but a deeper look reveals fighting one’s weakness and always struggling against one’s shortcomings. With a punchy beat, the bass line easily echos the guitars in complexity while vocals tinged with a little frustration add the depth that the lyrics promise. Afterwards comes “Nothing More” with a frantic drum line and guitar punch as vocals cry out and scream about finally letting go of a bad influence. An exhilarating experience, the overall feel of the track is finally being free and the beat matches its high energy fittingly.

Moving the album along at a even pace, “Believe In Me” opens up with a melancholy piano piece and soft vocals before gentle drums kick in after a few seconds. Making the song even more compelling, stringed instruments add complexity as the beat picks up a little without detracting from the emotional tone of it all. Ramping the fervor back up, next comes the title track, “The Other Side Of Darkness,” with heavy drums and guitars while a killer solo shreds around in the background. Ending abruptly with dual vocals yelling out, “The other side of darkness,” it is quite an intense listen. Following up is “Beautiful Lie,” which starts with a drum beat that will gets fans kicking along before weaving the high energy around the chorus, but takes it down a notch for the verses with the lyrics, “Familiar voice of all that’s wrong, leaves me where I don’t belong…”

Beginning a bit slower with simple guitars, “Lifetime” features colorful instrumentation and calm vocals before it kicks up for the chorus and ends with emotional singing. Quickly returning to the Hard Rock side of the spectrum, “Anchor Me” comes on with scaling guitars and a bass line that keeps the frenzied guitars grounded just enough to make the track feel solid. In addition, wild vocals return on this track, and speak on feeling the spiritual strength when drifting from a place of safety and peace. Continuing on with a heavy-hitting, fast-paced feel comes “Don’t Walk Away” with crashing cymbals amping up the vibrations. With words warning of the consequences of pretending to be the person one is not, it is yet another exceptional message offered by Decyfer Down. Then, concluding the album, is a new recording of End of Grey track “Burn Back The Sun.” A slightly different sound than the original, acoustic guitars mesh beautifully with the emotional tone of the vocals, adding a bit of depth to the song. Offering a chance for reflection and meditation, but in a Rock style, the lyrics are about the love.

With The Other Side Of Darkness, Decyfer Down has stayed true to their sound while still showing growth. While the album may not seem very complex at first, combined with the lyrics, the subtle nuances become very clear. With that in mind, The Other Side Of Darkness does a perfect job of appealing to fans from all walks of life, and that is why more people need to take a listen to what Decyfer Down has to offer. CrypticRock gives this album a 5 out of 5 stars. 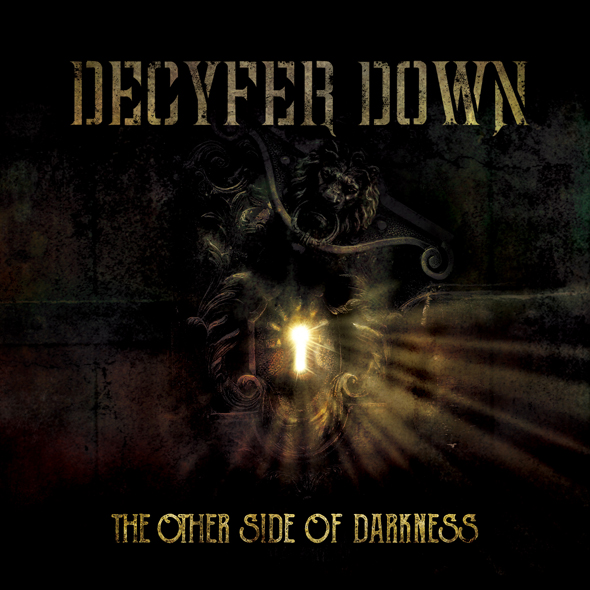 Album review, Decyfer Down, The Other Side of Darkness
Print page
0 Likes