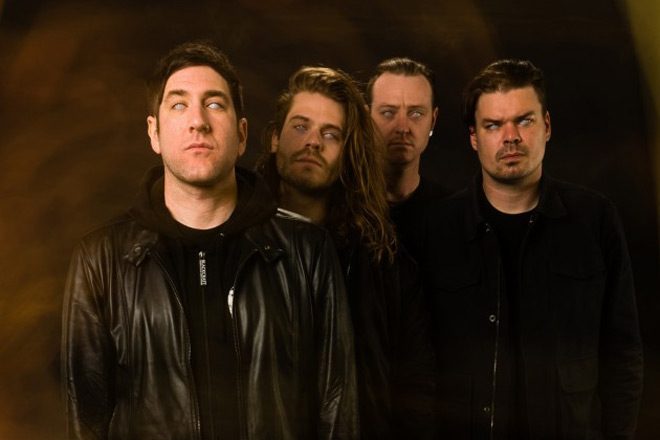 Word on the street is that Nu Metal is making a massive comeback: if that be the case, then listeners can put Ded at the forefront of this sonic revolution. Cementing their place at the podium is their debut disc, Mis-An-Thrope, which became available on July 21, 2017, thanks to Suretone Records.

When the Arizona band Man Made Machine dissolved in October 2015, Vocalist Joe Cotela and Drummer Matthew Reinhard were quick to arise from the ashes with their new project, Ded (which is often stylized as DED). Self-described as everything from Nu Metal to Alternative Metal, Ded arose from the arid desert in 2016 on those proverbial wings of the phoenix.

Reportedly claiming such diverse influences as Every Time I Die, Korn, and Pantera, Cotela and Reinhard enlisted some friends from another AZ tribe, Greeley Estates – Guitarist David Ludlow and Bassist Kyle Koelsch – to flesh out their latest reincarnation. They quickly took their show on-the-road and thanks to a dedicated touring life, Ded have already shared stages with the likes of Asking Alexandria, Atreyu, Every Time I Die, The Acacia Strain, John 5, Powerman 5000, and Insane Clown Posse, just to name a few.

Now comes the plastic (or digital) proof of their pursuits! Produced by John Feldmann (you might know him from Goldfinger?), their debut, eleven-song offering Mis-An-Thrope is a deliciously volatile and devious nod to the Nu Metal days of yesteryear, yes; but never fear, it sounds like 2017. Hell bent on bringing the heavy back to heavy music, Ded are ready to tear your face off!

Mis-An-Thrope kicks off with “Architect,” thrashing bass paired with vicious growls that result in something deliciously infectious. Playing off the idea that we are all architects of our own destinies, Cotelo demands “When I say go, go psycho!,” and a new generation of Metalheads will listen. A motto for the darkly disgusted crowd, “Anti-Everything” (which has a video produced by Fred Durst) is pissed off Rap verses that coalesce with screaming choruses to create another catchy track that fuels the band into arguably their best song, “Dead To Me.” The true gem of this collection, there’s no denying how addictive “Dead To Me” (“Kill, kill, kill it if it moves, it’s dead to me!”) is: it gets under your skin and sews your eyelids shut so you listen very, very carefully!

“FMFY” (“Fuck Me Fuck You”) is pure murderous release that is fully 2017’s Nu Metal, though “Remember the Enemy” leans closer to something a pinch more melodic and a little less, how shall we say, pissed. “Disassociate” dials back to the heavy and presents some killer bass work by Koelsch, while the stomp of “Rope” sees Cotelo swear that he’s fine so often that it’s clear that he is anything but. There are catchy choruses in the anthemic “Hate Me,” though the album’s final three tracks – pulverizing “I Exist,” ode to being dead on the “Inside,” and the painful ballad “Beautiful” – are not up to snuff with the bulk of the collection; decent songs but nowhere near the crushing earworms that precede them.

In some of their best moments, there is a corollary between Ded that could see them touring with bands like Motionless In White or, say, contemporaries dangerkids, though it is abundantly obvious why they would currently be on-the-road with Korn and Stone Sour’s Serenity of Summer package. Mis-An-Thrope is a truly solid debut, yes, though it clearly has its standouts (“Architects,” “Anti-Everything,” and “Dead To Me”) and does suffer from some, pardon the pun, no-killer filler.

If the end goal was to be aggressively pissed and dangerously volatile, then Ded have reached their goal with vigor. An excellent debut that promises a great future for the Ded men, CrypticRock give Mis-An-Thrope 4 of 5 stars. 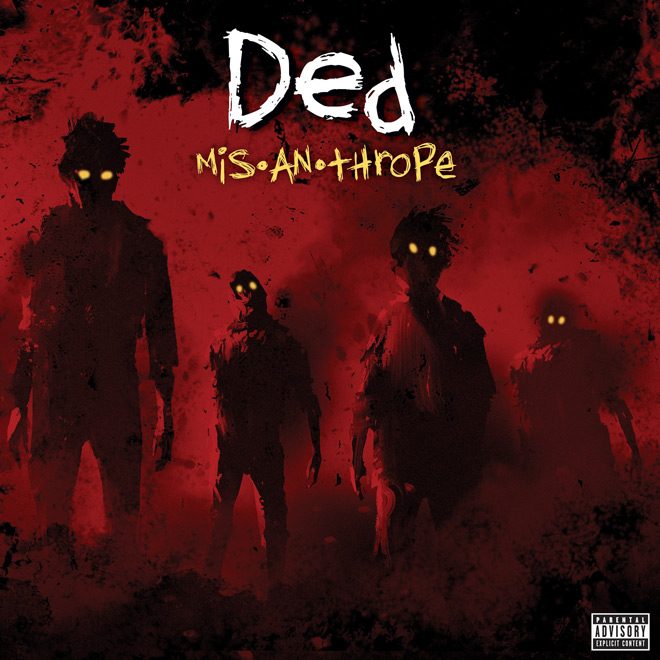