Dee Snider – We Are The Ones (Album Review) 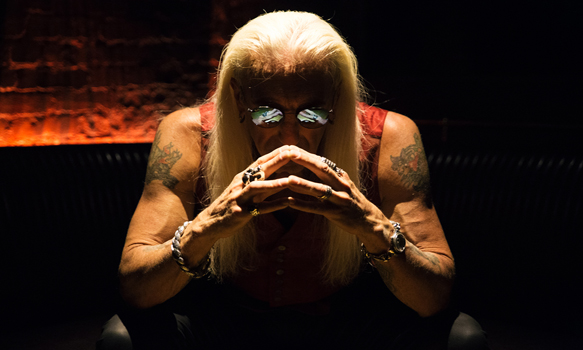 Sometimes the rise to fame and fortune spans an extra long, lonely, drawn out journey. Filled with the unknown, pitfalls, and plenty of roadblocks, it is a well-known fact that positive action, patience, and perseverance is a guaranteed page turner that may just land on a happy ending. In the case the Heavy Metal band Twisted Sister, the rise to stardom was just that, and through the thick of it all, Lead Singer Dee Snider helped push them out of the dog house with his leadership qualities, angst, determination, and dedication. Following a run that lasted over four decades, in 2016, Snider and company finally decided to put Twisted Sister to rest and, with that, he released his new solo album on October 27th, We Are The Ones.

Snider, a self-motivator, has always known what he wanted to accomplish in life and used his natural business mindset and street smarts along with a “won’t take no for an answer” attitude to reach the top of the ladder with whatever he so chooses. That in mind, We Are The Ones features ten tracks, including two Snider enhanced covers. Ranging in tone from Rock to Pop, and staying on the lighter side of the spectrum away from heavier Metal into a more mainstream appeal, it is still Snider in all his “I will change the world” glory. However, it is a far cry from a sellout as it is a known fact that Snider will not only demand the world on a platter, but he will also make sure it has been customized to his satisfaction prior to full indulgence. Intelligence, attitude, and logistics are at play in Snider’s world, and it is just those features that helps We Are The Ones rise above the standard Pop levels.Furthermore, while it may not all have been written by Snider, the most probable conclusion is that the songs would not exist if he had no passion to sing them.

All this in mind, title-track “We Are The Ones” starts out fighting and features some great riffage and harmonies with that in-your-face Snider angst. Then, “Over Again” becomes a bit more Foo Fighter’s in Rock style, still with an ’80s vibe. Also including Snider signature vocals, there is a stint of blasphemy as well, something East Coasters are known to dish out as second nature. Moving along, fans out of the Twisted Sister universe can find this album enjoyable because of its easy comprehension and intelligent mix of modern plot twists. This not only makes it marketable, but also it becomes a bridge for non-Rock/Metal listeners to travel over, dive towards, and explore the roots of where excellent music began. The track “Rule The World” speaks volumes for this reasoning with a melodic, joyful tone, somber crafted vocals, and of course it feeds right into a new piano based ballad style version of the Twisted Sister’s “We’re Not Gonna Take It.” This version is the first appropriate cover song on the album and it is every bit as heartfelt as the past version. With a touch more sorrow than angst, as there is a video version directed by Criss Angel, it is set up to acknowledge and benefit children with cancer.

Flowing nicely, then comes “Crazy For Nothing,” along with “Believe,” and, later, “Superhero,” which fall most specifically in the Pop Rock category. Although they are all trendy, hip, modern songs with a fantastic singer, they could probably benefit from a bit more signature Snider style since the generic Pop shines through a bit too much.  All of a sudden, there is an almost comic relief moment with the total shocking cover of Nine Inch Nails’ “Head Like a Hole.” This exemplifies a significant time in history where people took stands and leaps for themselves in the music industry. Low and behold, times are tough again with Rock and Metal artists not getting nearly as much money as they used to due to illegal downloading, among other internet failures. This said, Snider’s voice is his own, yet true to the original version and the Industrial NIN sound. Yet, it speaks on a personal level that resonates in the most subtly direct way.

Concluding the album, “So What” is perhaps the most enticing and passionate in its acoustic gentle melodies. Compromised with choir backing vocals, and dominated by heartfelt vocal turmoil, this song has the power to reach anyone in any walk of life at any age, of any race or religion. That is not an easy accomplishment with so many different opinions floating about out there nowadays. It is actually extremely refreshing to see an older generation artist somewhat re-invent himself to cater not only to his own ever-changing needs, but to that of the modern age and to the future generation, something most older crowds are not willing to accept.

It is yet to be determined whether Dee Snider and his upcoming live performances in support of We Are The Ones will focus primarily on just that, or if he will in fact cater the majority to what most people wish for, which is a set comprised of mostly Twisted Sister hits. Regardless, the greatest feat of We Are The Ones may just be the diversity in the songs as no two sound alike, yet they definitely contain a superb cohesion. It will be compelling to see Snider’s journey through Pop stardom, mayhem, and world domination. A word of advice to listeners, do not discount this new direction from Dee Snider, it is efforts such as these that keep great music alive. CrypticRock gives We Are The Ones 4.5 out 5 stars. 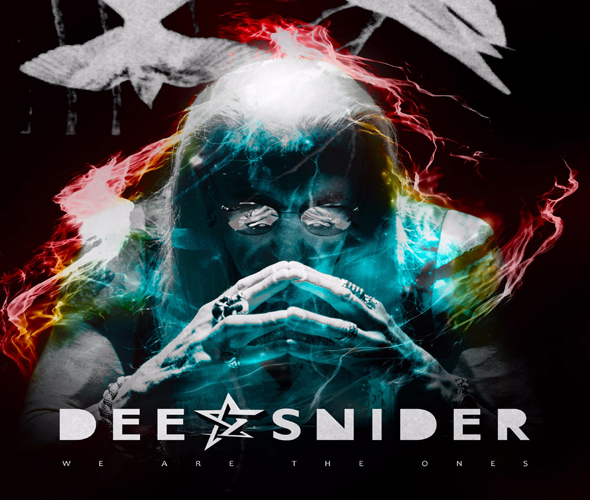 Album review, Dee Snider, Twisted Sister, We are The Ones
Print page
0 Likes