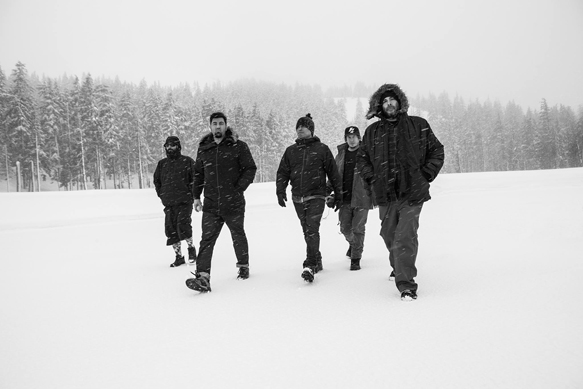 Deftones began in 1988 when the California Alternative band first came together consisting of childhood friends Stephen Carpenter, Abe Cunningham, and Chino Moreno. In 1990, the band was introduced to Bassist Chi Cheng who joined their ranks. Unfortunately, due to complications from a 2008 traffic accident, Cheng passed away in 2013. The Alternative Metal outfit has released three albums without Cheng, with their latest release making the third, Gore. Released via Warner Bros. Music on April 8th, the album was produced by Matt Hyde (No Doubt, Slayer) along with Deftones themselves, and is one of the most anticipated releases of 2016.

“Prayers/Triangles” kicks off Gore, delivering an atmospheric, otherworldly melody. It is rousing and bracing in the beginning, which crescendos and falls, rolling directly into next song. Like diving into icy waters, it is immersive, smooth, and refreshing. “Acid Hologram” follows with its screetching guitars, which highlight the core of the song.Here listeners will be able to feel the bass in their soul as it hollows out its place in their world. It is transcendental and entrancing.

“Doomed User” rolls in with a heavy opening, hard bass lines, and screaming from Moreno. It is heavier than its predecessors, carrying a palatable seriousness. Of the early Gore tracks, “Doomed User” is the head banger with its bellowing percussion and harsher vocals from Moreno. Despite its intensity, it still seems to dance in your ears, compelling movement subconsciously. “Geometric Headdress” opens with a “Hey princess!” shriek from Moreno and rolls into an intense entrancing and evocative verse. There is a balance with the smooth and soulful verse that evolve on a gradient into the more intense breaks and screeches. Like a handshake followed by a slap to the face, the flow of this track is both explosive and euphonious.

“Heart/Wires” stands out with its soft synthy opening featuring quiet stringwork. Like rain falling on a lake, it is subtle, soft, and rhythmic. Then, it begins to progress and build with percussion. Mellifluous and alluring, it slowly picks up as it moves along. “Hearts/Wires” gets bouncier in its strings before it develops into full on instrumentation in the chorus. The bridge is smooth and flawless. It is effortless and transports the listener to a whole other world away from this one.“Pittura Infamante” is blistering and hearty in the beginning. With more energy than “Hearts/Wires” from the offset, it builds in the breakdown with frenetic energy. The close of the song flows seamlessly into “Xenon.”

While buoyant and carefree in its whimsy, “Xenon” does not deliver any groundbreaking methods, tricks, or orchestration. It is like the sorbet in the middle of a Gore feast, a palate cleanser. It is fresh, spirited, and uncomplicated. “(L)MIRL” tells us the story of a relationship gone sour. It is direct and acidic in its opening lines: “I dont miss you/ I don’t care who you are now/You are a ghost to me/Left with my taste still in your mouth.” An opportunity missed, a dynamic and person changed forever, and the loss of the someone you once knew ring through on this track, somber, slow, and deliberate; “This body is here but I’m gone.” It is a phantasmic elevation of soul, the departure of the soul from the body. Leaving the dead things behind. Like waves lapping on the beach, there is an ebb and flow to the heart of this track that will carry the listener away with it.

Title track “Gore” does not fail in its name, having Moreno tell us, “There’s blood on the beaches.” The gut-busting bass is all high impact and no-holds barred. Its unexpected intensity in the chorus is staggering. Moreno’s piercing vocals spear the eardrums and invade the brain. There is no hiding, he will be heard. The whole song is overwhelming and all encompassing, like being swallowed whole. The compelling composition and percussion is a major turn on in this track and shows how deliberate each instrumental choice was in making this record. Moreno’s high-pitched shrieking into the dark, bass laden abyss of the end of the song dredges on and is reminiscent of Jucifer’s level of amplification overload just before the sonar-like effect fades out.

“Phantom Bride” has more emotive lyrics. It is haunting and impassioned. Like electricity flitting across your skin, each effect reaches the ears and prickles the hair on the back of your neck. It piques the interest from the offset, establishing itself as worth a closer listen. Moreno’s vocals are like silk gliding across: soft, velvety, and fluid. Beautiful and elegant, “Phantom Bride” is stunning and unpretentious, made even more fascinating by its intoxicating guitar solo. “Rubicon” closes out the album with its sweeping and intriguing composition. This track has a more traditional Rock essence. It is infectious and will make many listeners want to move with its almost energetic core, especially in the chorus. It is easily one of the most danceable songs on Gore.

Deftones have attained a long and illustrious career as one of the fathers of the Alternative Metal scene, receiving some of their highest acclaim on their earlier albums including 1997’s Around the Fur and 2000’s White Pony. It seems as though the band may have added another pivotal notch to their musical bedpost with Gore. While it is not exactly breaking any boundaries, it may break some hearts as long-time Deftones fans discover the evolution and growth of their favorite band and newcomers fall in love with their atmospheric aura. Combining elemental and atmospheric elements with cerebral and introspective lyricism, Gore is bound to be a new experience for all levels of Deftones fandom. CrypticRock give Gore 4 out of 5 stars. 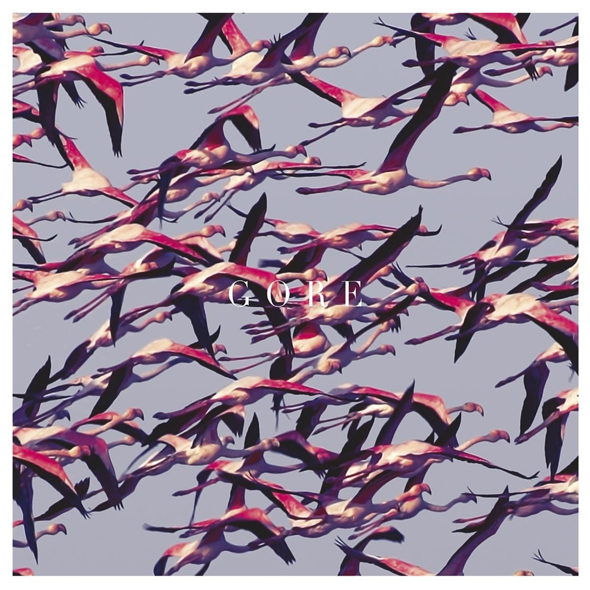