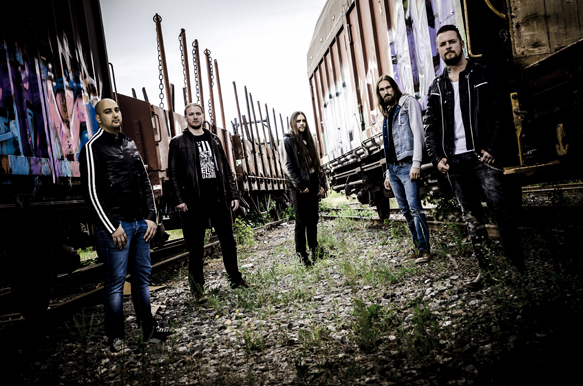 It was the year 2000 when the Thrash-Melodic Death Metal band Degradead from Sweden formed under the name of Septima. Initially their style incorporated multiple subgenres including Metalcore, Melodic Death Metal, Thrash, to Progressive Metal where members David Szücs (guitar), Kenneth Helgesson (ex-drums), Michel Bärzén (bass), Mikael Sehlin (vocals), and Anders Nyström (guitar) have been a tight pack since. After releasing a handful of demos under the Septima name, including Rest in Pieces (2005) and Death Row (2006), their name officially changed in 2007 to Degradead. Shortly after the release of Death Row, In Flame’s Jesper Strömblad took a liking to the demo and decided to work with the band to record their first studio album, 2008’s Til Death Do Us Part. During the same time, Strömblad expressed Degradead were “The future of Metal.”

Fast forward to 2013’s The Monster Within, the lineup changed for the group, being the first time to feature Amit Mohla (drums) who replaced Helgesson. Shortly after the release, there were speculations about the band’s future, where members Sehlin and Bärzén focused on other projects, leaving Szücs debating on calling Degradead quits altogether. The questioning did not last long as it was during the summer of 2015 when Degradead hit the studio to collaborate on their fifth studio album, reminding them what started it all fifteen years ago. Marking it an official anniversary celebration, Degradead released their fifth studio, self-titled album on February 5, 2016 under Metalville Records. The recording process took over three months where Kristoffer Folin did the mixing at Purple Skull Media, and Thomas “Plec” Johansson (Watain) did the mastering at Panic Room in Sweden.

The album kicks off with “Afterlife,” which consists of Mohla’s aggressive speed on the drums and Sehlin’s brutal screams. The chorus leaves a catchier melody to change the rhythm, where there are a few similarities to Killswitch Engage’s Daylight Dies on the variation. However, this changes during the surprising acoustic medley that includes atmospheric strings to keep the listener’s attention until it dramatically shifts into a heavier chorus until the end. Brutality continues in the next “Victimize,” as it opens with an odd introduction where Sehlin’s coarse vocals bleed in shortly after. There is an immense amount of anger on this track as a guitar solo sneaks in during the middle to break from the madness. The mood calms down with the next, “A New Dawn.” Sehlin’s vocals are softer here as well, making it more soothing and serene. A distinct guitar riff enters just before the song hits its conclusion.

The slowness quickly dissipates in the truculent “Morphosis;” a song that expresses change during the constant Melodic breakdowns and crunchy guitar riffs. The callous sound continues with “The Blinding Crusade” as Sehlin screams out the title of the song. There is a well-balanced mix between the grueling screams and clean singing; however, there are points where the song has an extensive repetition. Adding a different chime to the mix with “Say Your Last Goodbye,” it springs into a positive introduction. The pace darkens shortly after during the small hits of Sehlin’s screams. The vocals officially enter after the forty-second introduction where this differentiation makes it a stronger track on the album. The song screams about human suffering, where one would feel darkness and experiencing their final goodbyes. The melody continues to swing in different shifts as though it intentionally moved to explore the deeper undertones. Bringing in more of a Thrash Metal sound with “The Extinction,” it opens up with a battle-esque introduction. Sehlin adds a Death Metal tone with his ruthless vocals as he screams the painful truth about humanity being wasted away.

Opening up on an acoustic note with “Dark Veil” changes the album’s sound. After the slow introduction, it blisters into Metal chaos as the lyrics continue to pour out the feeling of darkness with, “Craving for mercy, the memories collide.” This emotion persists in “Neglected” where, musically, it holds a catchier introduction as it slowly unfolds with a vigorous attitude. The next, “Grand Eternity,” starts off with a distorted guitar riff as it plunges into another massive track. It is one of the stronger pieces of the album with an impactful meaning about getting through life where the lyrics define it as “take what you came for, your destiny.” The final track, “Killing Game” ignites with a Slayer-esque guitar riff as it hauntingly echoes in until the drums pick up. Sehlin’s vocals surpass brutality here, where at points sounded a bit demonic.

The fifth piece that is the self-titled Degradead is a heavier and darker album than the prior releases. It fluctuates between a Progressive and Technical direction, mixed with elements of Death, Thrash, and Melodic Metal. Each of the eleven tracks averages out to be about four minutes in length, making the full album forty-four minutes long. Fans that are looking for a similar sound to bands such as In Flames, Killswitch Engage, and Soilwork, then Degradead are the right fit. CrypticRock gives Degradead’s Degradead a 4 out of 5 stars. 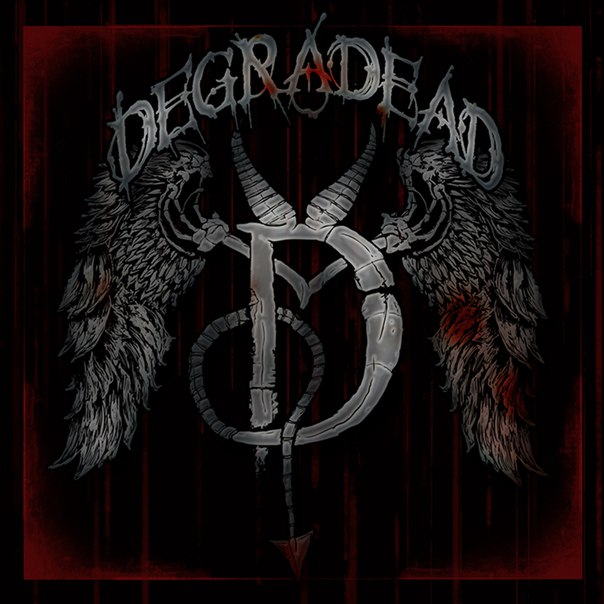