School is back in session, Spirit Halloween will be opening its doors, the smell of fall is in the air, and the monsters, they are upon us. What better time to enjoy a new Thriller like Del Playa, which was released to North American VOD platforms back on July 21, 2017 thanks to Terror Films. 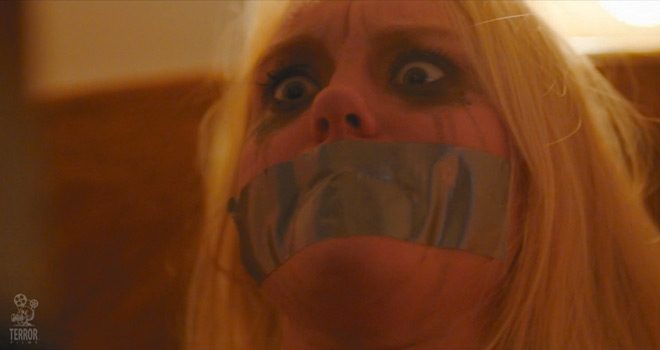 Monsters are not born, they are made. Continuing the age-old argument of nature vs. nurture, we have the tale of Del Playa, wherein adorable, seemingly bashful high-school student Matthew (Alan Ayala: Aexis short 2012, Follow Me short 2015) is infatuated with the popular girl, the Anna Kendrick-esque Claire (Devon Barnes: We Are Your Friends 2015, The Leisure Class 2015). As these stories oft go, Claire does not, in fact, return poor young Matt’s affections and, surprisingly politely, declines his invitation to the Thriller Night school dance.

At the dance, Matt – donning a slashed face mask and some haunting ice-blue contact lenses for a costume – is prodded endlessly by Claire’s boyfriend Tim (Ryan Ochoa: A Christmas Carol 2009, Pair of Kings series) and his group of thug friends, while being laughed at by Claire’s preppy gal-pals. Already suffering from a horrific home-life – both physically and emotionally abused – Matt snaps and an altercation between the two boys ends with blood.

We fast forward to junior year of college at the University of Santa Barbara. Claire is now studying psychology and working with special needs children, all while being a closet Coke-fiend and, not shockingly, a member of the Kappa Alpha Beta sorority. She is also stringing along two men at one time: her basketball-playing boyfriend Jason (Andrew Dits: Snowden 2016, Saturn Returns 2017) and the sensitive drug-dealer Ryan (Tomik Mansoori in his acting debut). As Halloween approaches, Claire begins to exhibit nightmares and her behavior grows more unpredictable. With October 31st drawing closer, bodies are beginning to pile up around little miss perfect. When the biggest party of the year at the frat house arrives, who will be left standing to tell the tale, and will Claire survive her next meeting with the dastardly Matt-in-black (Brett Johnson: The Walking Tedd series, Mighty Med series)? 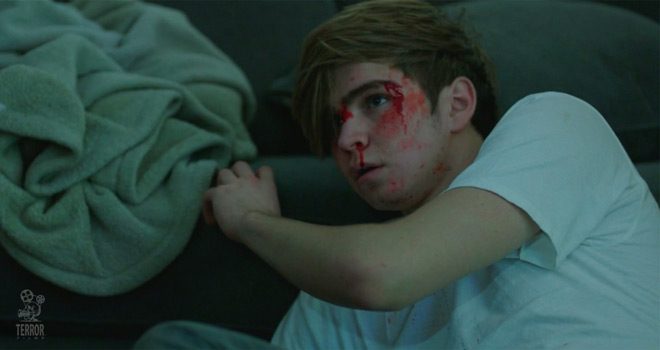 Clocking in at 101 minutes, Del Playa was written and directed by Shaun Hart (Victory Blvd 2012, Stars Are Already Dead 2016). Somewhat surprisingly – considering this is a rather run-of-the-mill Fatal Attraction story – Del Playa is not without controversy. It seems that some believe that the film’s premise somewhat parallels that of Elliot Rodger, who in 2014 killed six of his fellow students and wounded some fourteen others in Isla Vista, California, before ultimately ending his own life.

Approximately 30,000 signatures were raised on a petition on Change.org to protest the release of the film. Hart admits that, though there are some similarities between the two tragic stories, Del Playa is not intended to be a retelling of Rodger’s story. What you should know is that, in an effort to be socially responsible, Hart has opted to donate a portion of the film’s profits to Arts for Humanity!, a nonprofit based in Santa Barbara that seeks to empower low-income, at-risk youth, people with disabilities and the elderly through participation in creative arts programs.

As for the film itself, Del Playa is neither a great film nor a particularly bad one. There is an attempt here to provide some insightful discussion of basic psychological debates, mentions of Freud’s psychoanalytic personality theory and all that Psych 101 jazz. Unfortunately, debating nature versus nurture within the confines of a Thriller film that is seemingly aimed at teenagers and new adults feels a bit out-of-place. After all, those in the 17-24 spectrum do not particularly care about genetic proclivities toward violence. What makes better sense here is the blatant advertising of Spirit Halloween which, in fact, is where that villainous face mask that adorns our villain is originally obtained.

Del Playa’s biggest problem is time. Director Hart spends a bizarrely short amount of time setting the scene with young Matthew (Ayala) and his background, showing one short clip to establish abuse at the hands of a stepfather. However, there is a complete failure in displaying for viewers why it is that shy Matt has become so fully entranced with Claire; instead viewers are left to see Claire more as a metaphor for the life that Matt desires. Elaborate amounts of time are spent on visual conjunctions that feel like clips from the latest EDM video, flashing across the screen to depict parties that have a rather tenuous connection to the underlying story at hand. Will teens love them? Sure! The rest of us would rather have a more compact storytelling that gets the job done without meandering into a living room rave. 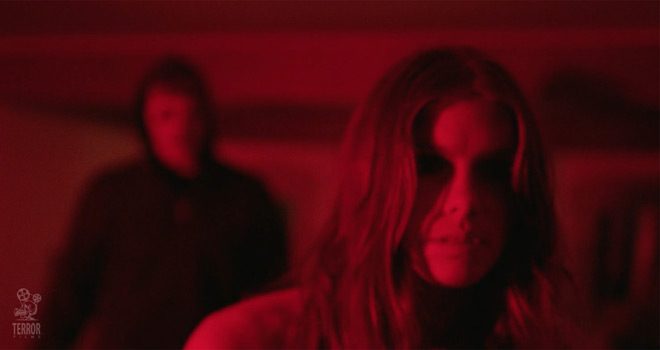 On a more thrilling note, there are several cringe-worthy moments – including deaths by both fiery tree branch and beer keg! – that keep Del Playa fun and watchable, and perfectly on par with other Thrillers that toe the Horror/Slasher line. What sets this film apart is Hart’s attempt to tackle weightier topics rather than simply splash blood and guts (and some boobs) across a screen. Perhaps this was not the venue for that, but whatever the case, Del Playa is infinitely watchable and guaranteed to thrill. For these reasons, CrypticRock give Del Playa 4 of 5 stars. 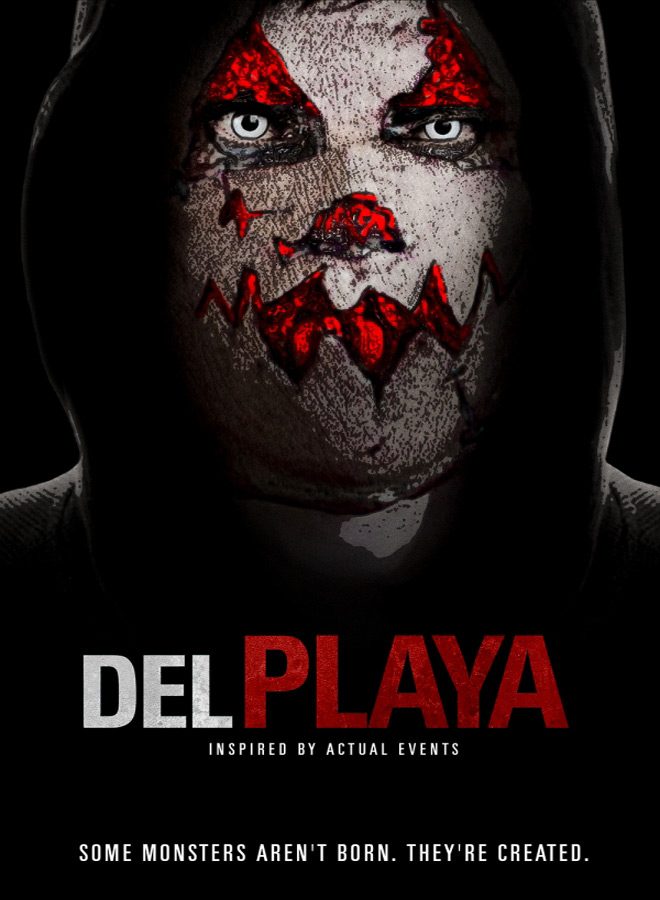