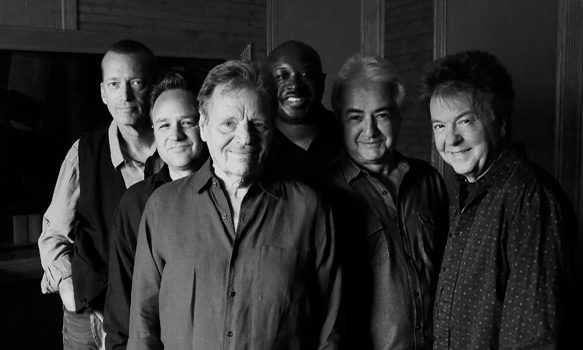 Delbert McClinton has been on the Blues Rock scene for fifty-five years now. Considered a master among Texas music aficionados, Rock artists, Blues experts, and critics alike, McClinton is highly respected not only for the incredible longevity of his career, but for his ability to meld genres into his own style. A member of Texas Heritage Songwriters Hall of Fame since 2011, the two-time Grammy award winner McClinton is back in 2017 with the new album entitled Prick of the Litter. Set for release on January 27th via Hot Shot Records by Delbert McClinton and Self-Made Men, the band got together to record some serious old school Blues, Country, Jazz, and Rock vibed music.
A band that includes Bob Britt (guitar), Kevin McKendree (keyboards), Mike Joyce (bass), Jack Bruno (drums), and Quentin Ware (trumpet), the chemistry of these skilled musicians is blatantly obvious to the joy of listeners. Co-produced by McClinton, McKendree, and Britt, who also jointly contributed to co-writing over half the new songs, the soulful twelve song album is definitely a trip.
Opening with “Don’t Do That,” they commit to fusion with Ware’s trumpet, flowing into a signature Texas stroll into “Doin’ What You Do” featuring Britt’s guitar. Lyrically smooth, the album is a date with master craftsmen, and thematically “Middle Of Nowhere” has a Smokey Robinson innocence that is made stronger by solid production choices in the mix. Then there is “Skip Chaser,” which is a two-step rocking bounce that is ear candy oozing with humor.
Deft songwriting is one of the key strengths on Prick of the Litter and, sprinkling in McKendree’s keyboards, the band transitions beautifully into “San Miguel.”  Traveling along, a taste of Louis Armstrong can be heard in McClinton’s vocal style while a cool and down tempo sound is easy on the ears. Midway through, “Pullin’  The Strings” is that old Blues lament. Here, the strength of the album comes from the instrumentation. Giving a vibe separate, but consistent with a fusion of genres, trumpet provides that old school Jazz sound.
Moving on, “Neva” brings it back out of the basement clubs and into the Prick of the Litter mentality of subtle in-your-face messages hidden in something more. Shifting into a throwback style again, “Like Lovin’ Used To Be” might be the time capsule gem amidst all the track. Perhaps reflecting on McClinton’s vocal shift after heart surgery two and a half years ago, regarding the experience, he states, “It got my attention pretty good. They fixed it and I had no heart damage at all. I feel like I’m 50 again, and I think you can hear that in my voice.”
Then there is “Jones For You,” which reflects the maturity of a musician who has enjoyed the longevity of his talents. Refreshing in its retro feel, the trumpet stands up front while the bass and drums are fairly distant, but sound exactly how they should. Heading out of the album, “Bad Haircut” and “Rosy” illustrate McClinton’s mentality when he says, “Any time somebody starts playing some chords and I start putting music to it, it gets us going and we just follow wherever it’s going. You can’t help but come up with something good and put some effort into it.” Consistently driven by bass and drums, he and the band create situations for Blues and Jazz to thrive in an open spacious mix.
At seventy-six years of age, McClinton has earned the right to make listeners think. That said, the lyrics of Prick of the Litter are no doubt reflective of current times. In regards to the actual music, it is second to none. “These guys I’ve been working with now for going on five years,” McClinton says. He added, “It’s the best band I ever played with in my life. Everybody is so into it and we all have so much fun making music together. It just doesn’t get any better than that, to be able to spend your time working with people you have so much admiration for. That just goes through the whole thing.”  A very accurate assessment, each song is tight and characteristically diverse, making Prick of the Litter a fresh and unpredictable piece of work. CrypticRock gives this album 5 out of 5 stars. 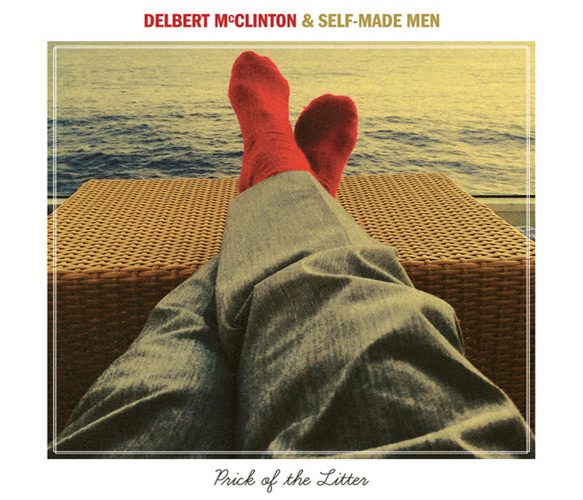