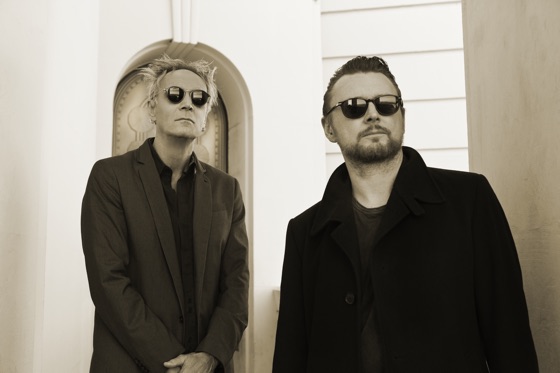 Formed in 1987 as a side project of the influential Industrial music act Front Line Assembly, Delerium are a Canadian mish-mash of New Age and Electronic music with an ever-evolving roster of vocalists. Though the project – spearheaded by Producers and Musicians Bill Leeb and Rhys Fulber – is best known for their worldwide trance hit, “Silence,” featuring Sarah McLachlan; their sound represents a broad spectrum of styles, ranging from ethereal Trance and Ambient Pop to blissful, voiceless soundscapes and New Age dance music. In short: there is no simple categorization for Delerium.

Mythologie is the band’s fifteenth studio album and a first with their new U.S. label, Metropolis Records. Also a first for the group is a collaboration with notable UK Artist Dave McKean on the album’s cover, a hauntingly macabre and fantastically Cimmerian art image. McKean has worked extensively with Leeb on Front Line Assembly covers in the past, but this is the first time a Delerium album cover has been created by the well-known illustrator and graphic artist.

Creating a full, artistic presentation is something that is not overlooked: there is obvious attention to detail in the musicianship, arrangements, and choice of guest vocalists in all of Delerium’s work, not just Mythologie. Produced by Leeb and Fulber – with the help of Jared Slingerland, Jeremy Inkel and Craig Johnsen – the album, the group’s first in the past two years, showcases five immensely talented female musicians from three different nations. Newcomers JES, Phildel, Mimi Page, and Geri Soriano-Lightwood bring a fresh perspective and sonorous voices, while returning contributors Jaël and Leah Randi provide experience and their equally entrancing vocals.

Immediately lighting the proverbial fires of the new disc is lead-off track “Blue Fire” (“blue fires burn again, in my head”). With Mimi Page on vocals, this is lucid and tranquil Electronic Pop music. If you remember the Pure Moods CD collections from the late 1990s, you can summon an aural memory of blissful, gentle, World Beats that would provide the perfect home for Page.

A definite highlight of the collection, “Stay,” featuring JES, has the lyrical and vocal impact necessary to be a great single for radio. “Time will always show the cracks hiding deep in you, and time will slip right through your fingers,” warns JES in this stellar track. Whether she has the same weight to her name as, say, Sarah McLachlan, means very little: JES has created a magnificent song that is a stand-out amongst twelve truly solid tracks. Her second offering for the album, “Once In A Lifetime,” is yet another song that would not be alien on Top 40 radio.

Lyrically, the ladies run the gamut throughout. On “Zero,” Phildel is a “traitor for your love, calm as the ice flow,” while she lifts the album to its most EDM-friendly heights on “Ritual” (With a remix to increase the tempo, Phildel has a club hit on her hands). Not to be outdone, Jaël steps in with some advice on the hypnagogic “Keep On Dreaming” (“keeping on dreaming . . . whatever they say, whatever they do”); concise, straightforward, sincere words.

Delerium fans will understand when it is noted that while the group are not “Goth,” there is a definite underlying Gothic appreciation and melancholic perceptiveness throughout their catalogue. It shows on tracks such as “Ghost Requiem,” featuring Geri Soriano-Lightwood, an homage to the tragedy of unrequited love. A perfect segue for the album’s instrumental (“Seven Gates of Thebes”) and two semi-instrumentals (“Angels” and “Continuum”), which contain only the softest, wisps of vocals and few, if any, words.

While Delerium’s music will always be danceable, there is something more here than just your little sister’s EDM: a blissful amalgamation of ethereal World Beats peppered with a sensual ambiance and Pop sensibility. Mythologie is no different from the group’s usual: beautiful, serene vocals cascading atop luscious, sensual electronic waves. New listeners can expect a savory collection of wafting harmonies over electronically-produced melodies, while old fans should already know that Delerium has a little bit of everything to offer. CrypticRock gives this album 4 out of 5 stars. 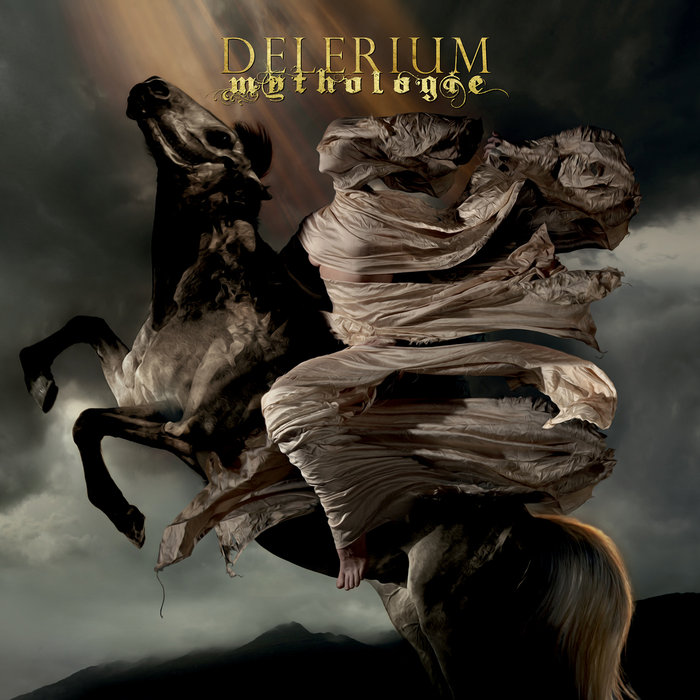