Deliver Us from Evil (Movie review)

Scott Derrickson seemed to have the ideal recipe for success when he signed on to direct Deliver Us from Evil. A solid cast, a real life cop to base his main character on, a tale of exorcism, and the slew of fans already on board solely because of 2012’s Sinister. Deliver Us from Evil follows New York police officer, Ralph Sarchie, played by Eric Bana, who has a radar for exciting crimes in the Bronx. He and his partner, cleverly played by Joel McHale, work together to uncover and fight the dark demonic forces ravaging the city with the help of a risqué demonologist priest.  The soundtrack is composed primarily of music by 60’s rockers, The Doors, and even super producer, Jerry Bruchkeimer, was on board. Still sounds like Derrickson was set up to win, right? 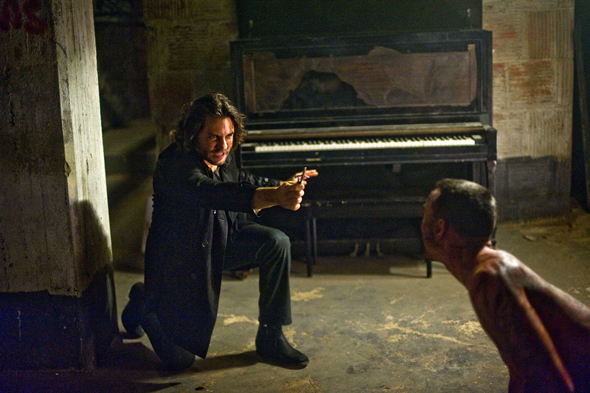 “Deliver Us from Evil” still

Think again. Filled with every stereotype in the book, Deliver Us from Evil leaves the audience guessing absolutely nothing about its characters or plot.  The drinking, smoking Catholic priest; the troubled, meathead cop with the thick Bronx accent; even the supporting characters each have their conventional mold that they fit right into. The scares in the movie are no different; the audience can see them coming a mile away. While the budget was large enough to pack in some over the top special effects, the film would have been better off using a tad more subtlety.  The movie is overloaded with one mechanical scare after another, which causes every attempt at scaring the audience to be overshadowed by another special effect.  The film’s climax and final exorcism scene is as over the top as something you would expect to see in a SyFy channel movie. While audiences certainly will not be bored during the movie, there are more than enough eye-rolling moments to go around. 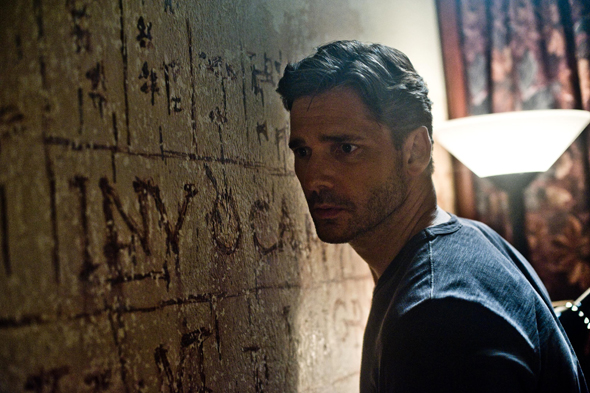 “Deliver Us from Evil” still

Deliver Us from Evil lacks any realistic features and would have been better suited to use more suspense and less outrageous stunts. The movie boasts that the plot is based on “actual accounts of an NYPD sergeant”, but it is quite obvious that is more than a stretch. Deliver Us from Evil is a film worth seeing if viewers are open to a film that is much more movie magic than actual horror.   CrypticRock give this movie 2.5 out of 5 stars. 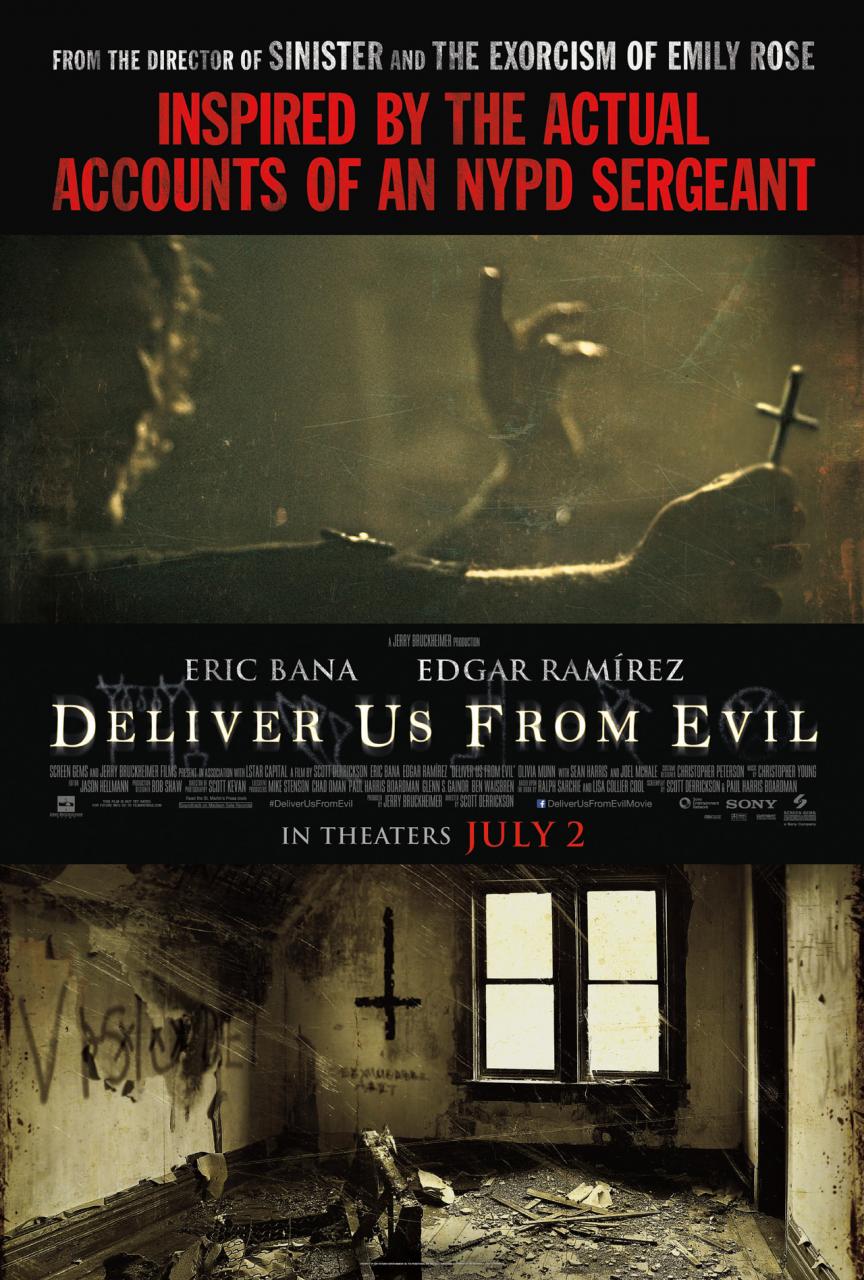