Defined by many sources, dementia is not a specific disease. Instead, dementia describes a group of symptoms affecting memory, thinking, and social abilities severely enough to interfere with daily functioning. With such a loose definition, many could be categorized under such a disease. Directed by Mike Testin (The Salesman 2010, A Good Man Is Hard To Find 2012), released on DVD and Blu-ray May 17, 2016 via Scream Factory in conjunction with IFC Midnight, the film Dementia gives insight to a war hero fighting with post traumatic stress disorder (PTSD), as well as trying to re-establish a relationship with his son and granddaughter. What happens when the ex-soldier has a stroke? A series of frightening experiences that have to be seen to believe. 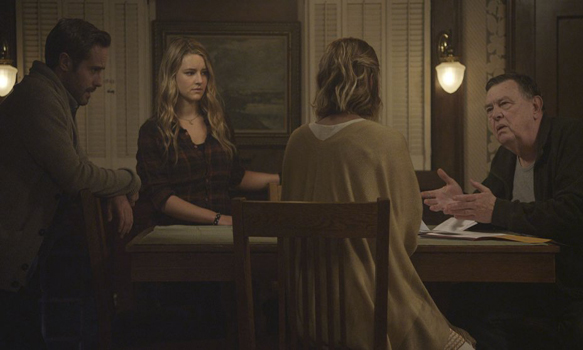 Not to be confused with the 2014 Filipino Horror film of the same title, Testin’s Dementia stars Gene Jones (The Sacrament 2013, The Hateful Eight 2015) as the ex-soldier George, Kristina Klebe (Halloween 2007, The Advocate 2013) as the seemingly sweet nurse Michelle, Hassie Harrison (Hart of Dixie TV series, Southbound 2015) as the granddaughter Shelby, and Peter Cilella (The Fall 2008, Contracted: Phase II 2015) as George’s son Jerry. A well-put together cast, it helps build the story behind a family of a veteran. It revolves centrally around George and Jerry, who have drifted apart as a result of George’s less than model fathering. Then, when George has a stroke after trying to help a boy that was being bullied, Jerry and eighteen year old daughter Shelby travel to care for George.

In the hospital, Jerry and Shelby are instructed on George’s condition and medications to be taken. Upon returning home, Jerry decides that his father must go into an assisted living facility for they do not live in the area and George cannot care for himself at this time. George, having built the home himself, refuses to leave. Upon meeting a nurse that had come to check in on George, Jerry and Shelby decide to hire her as a live in nurse, with George’s disapproval. 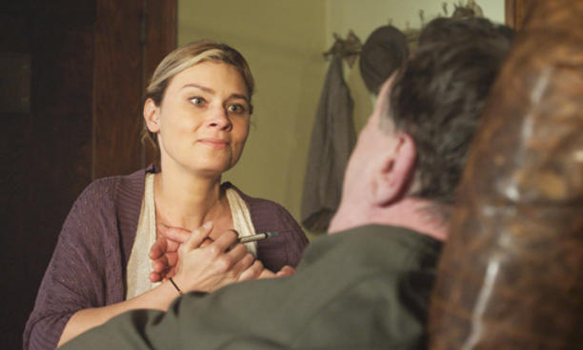 One suffering with PTSD has a list of issues in itself; difficulty sleeping and concentrating, feeling jumpy, being easily irritated as well as angered, flashbacks, nightmares, or intrusive memories, just to name a few. These symptoms can also be associated with dementia. When Michelle begins to care for George, the nurse with a dark side plays upon these issues and twists them against George. In the end, it turns out that Michelle is not who she appears to be. The fight is on, and, tragically, the war still has not ended for George. As he fights for his sanity, survive his nightmares, as well as Michelle, his reality is contorted to a point he is not sure what is real and what is false anymore.

Who is Michelle? Why is she after George? What happened to Michelle to make her this way? For the answers, one needs to sit and be sucked into the Psychological Thriller that is Dementia. Without being overly gory, the character development lends a hand in the buildup of suspense and horror. While not the jump-out-of-your-seat kind of film, it is full of emotion that connects to anyone that knows a person that has been through war; holding its own horror. Some viewers may not be content with the ending, feeling like there are unanswered questions, but that is for the viewer to decide. 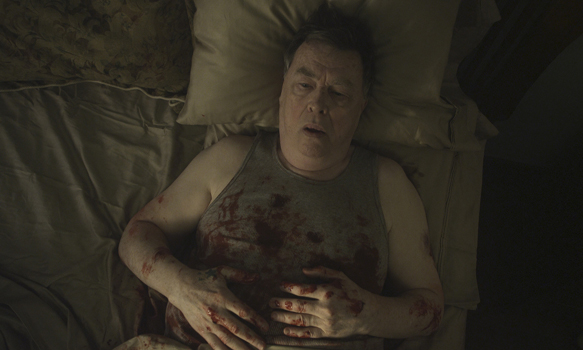 Overall, Dementia is a refreshing take on a Psychological Thriller dealing with real situations that plague soldiers and the lack of understanding from those back home. Throughout it all, the film comes across very believable. CrypticRock gives Dementia 4 out 5 stars. 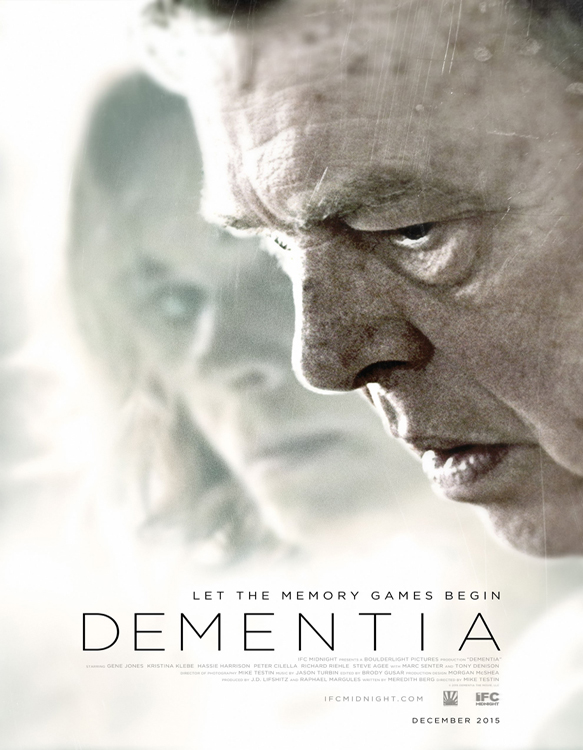 Purchase Dementia on Blu-ray/DVD on Amazon