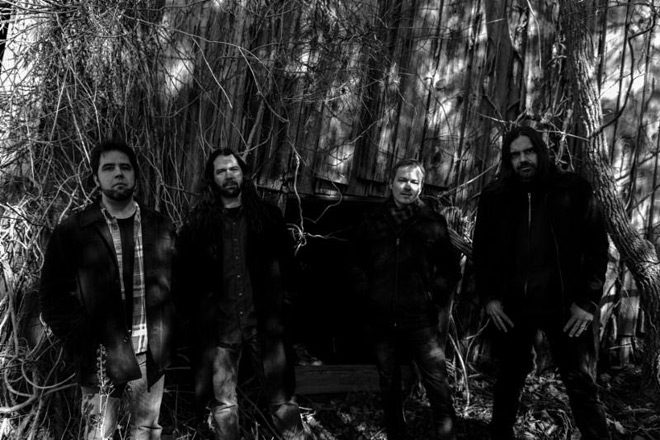 Since the dawn of the earliest Doom generation – which was argumentatively founded by bands such as Witchfinder General, Pentagram, and Black Sabbath – there has been another rise on the horizon, namely in the last decade, carrying the heart and soul of the seventies into the modern era with great fortitude. A perfect example of this type of doom commander is North Carolina’s Demon Eye with their latest eleven-track, full-length release called Prophecies and Lies, which became available in Europe on August 11th, and is slated for release in North America on September 8th thanks to Soulseller Records.

Originating in 2012, Demon Eye have been steadily climbing the ladder with their love of the occult mixed with their Doom Metal and Classic Rock vibe, creating a unique sound that has much to offer like-minded fans. Current members in this quartet include Guitarist and Lead Vocalist Erik Sugg, Lead Guitarist Larry Burlison, Bassist Paul Walz, and Drummer Bill Eagen.

Prophecies and Lies starts off with the heaviness and classical nature of “The Waters And The Wild,” featuring Sugg’s chillingly crisp vocals that give that supernatural feel to the groove. Then, the catchy and speedy riffs in the tune “In The Spider’s Eye” sets the mood right, with a deepening of the mind that pushes these soft beats into a dark abyss. The song “The Redeemer” shares in these same qualities while also shaking up the pot with creative hard-set beats and flowing, dynamic riffs.

Moving forward, the album, as a whole, relishes in its gradual build-up from start to finish; this works well as it is played out and the listener acclimates to the intended structure and pace with ease and increasing interest. While this album could still be enjoyed in any order, it sails best in the intended one. The tune “Kismet” is a favorite with its approachable atmosphere and peaceful mysterious riffs. Another favorite track is “Dying For It,” which starts to touch on that Deep Purple classic-vibe while again modernizing the sound with layering techniques.

From a marketing standpoint, this is a sure fire winner – and again with the classic Metal attitude – the next track “Politic Divide” conceptualizes modern turmoil while playing on some great classic techniques in the musical structuring with the riff-dueling and layering. The vocal range and dynamic is definitely a highlight in this group, but the guitar and drum solos in songs like “Vagabond” – which mix the ideology of Led Zeppelin with Black Sabbath in all its glory – serve up a spiked punch as well.

Last and definitely far from least comes the mesmerizing vocals and Doom-filled riffs of the title track that immediately engulf the listener in a trance state that is equal to a witch’s hex that can only be broken after a few minutes of silence. This trickery among other uniquely imposed traits are all over this album for pure sinful enjoyment, and it is the intelligence of the vintage-turned-modern vibe created, mixed with raw talent and skill, that grabs the attention of anyone who crosses its path.

In a live setting, the same acknowledgement occurs and the level of being put into a trance-like state is high. For a band that has only been around for five years, Demon Eye seems to have the stamina of one who has existed for thirty years, as well as that overachiever knowledge of their predecessors which gives them legs of steel in which to stand on. The future looks bright for Demon Eye, and, for all these reasons and many more, CrypticRock gives Prophecies and Lies a 4.5 out of 5 stars. 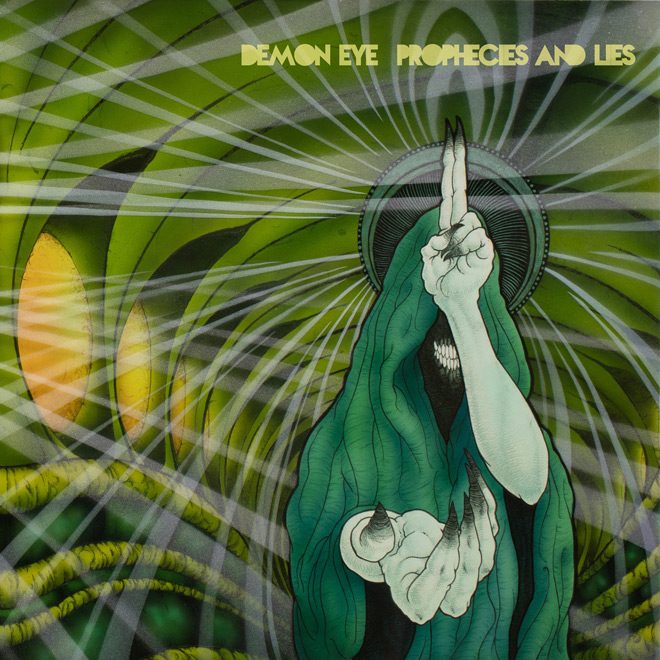