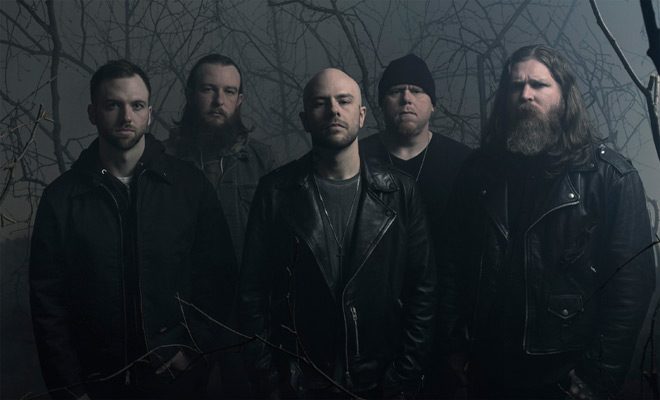 Demon Hunter are not the latest castaways on the never-ending TV series Survivor, no, but they are set to Outlive on March 31, 2017 through Solid State Records.

Generally speaking, hardships usually spell doom for an artist or band. For American Metal band Demon Hunter – composed of Ryan Clark (Guitar, Vocals), Jeremiah Scott (Guitar), Patrick Judge (Guitar), Jon Dunn (Bass), and Timothy Watts (Drums) – that struggle was turned on its side and infused into their latest music. Formed in Seattle, Washington, Demon Hunter mixes traditional Metal with inspirations from Nu Metal and Metalcore, and tosses in a dab of several other genres for good measure. Founded in 2000, the now 17-year-old band has built up a loyal following with their ability to capture and translate honest emotion within their heavy music, connecting with their fans on a personal level as a result.

While Demon Hunter did not release their first full-length album, Demon Hunter, until 2002, the album saw the single “Infected” featured on MTV. Continuing to define themselves and carve their own niche, in 2004 the band saw Summer of Darkness also attain success on MTV, as well as having a track featured in the Resident Evil movie, Apocalypse. Five years into their career, Demon Hunter decided it was time to experiment with some new recording techniques and styles on 2005’s The Triptych, an album that would reach top positions on various charts and make people sit up and notice Christian Metal.

Sadly, 2007 ‘s Storm the Gates of Hell would be the last album with Clark’s brother contributing to the band, and by 2010, the band would experiment with new sounds on The World Is a Thorn. Moving forward, 2012’s True Defiance continued on down the path the band was on before they really settled into themselves with Extremist in 2014. Now three long years later, Demon Hunter are back for more. Produced by longtime collaborating engineer, Aaron Sprinkler, alongside Jeremiah Scott, Outlive is the mark of true survivors.

Launching with “Trying Times,” the track, filled with passion and a haunting vibe, is a great opening. Shifting into a new direction, “Jesus Wept” brings immense energy to the table with hard, screaming emotion. Rolling down a similar path, “Cold Winter Sun” continues to yank at the heartstrings, while “Died In My Sleep” touches on slightly electronic textures. The latter features calmer vocals, all while the beat stays heavy, adding a hopeful emphasis to the lyrical message.

Abruptly, the album takes a darker turn with “Half As Dead.” Almost Gothic Rock leaning, the somber vocals and telling lyrics show a sense of hope and resilience. Infusing madness with passion, “Cold Blood” is melodic mastery with a more gruff vocal style. This gives way to the swaying beat of “One Step Behind” where more gentle vocals move the mood of the album. Reflective, the feeling is one of  strength, companionship, and support. Deceivingly easy-going, “Raining Down” serves as a warning of rough times ahead. Have no fear though, Demon Hunter ramp of the energy once more with “The End,” a cut which tosses in a light vocal contrast along with razor sharp riffs, creating a dangerous and powerful sensation.

Dropping back into the black well of horror and mania, “One Less” is loud, twisted, but purposeful to express a sense of anger. Once again playing with the emotions of listeners, pushing the envelope, dramatic piano notes introduce “Patience.” Beautifully woven together, there is a sense of internal struggle with a heavy heart and raging emotion, providing imagery of a tormented mind. Utilizing even more traditionally Classic instrumentation, “Slight The Odds” picks up where the previous track left off. Emotionally speaking, it feels like a goodbye and is a perfect ending to the album.

Outlive is a yet another solid effort from Demon Hunter with clear markers of personal experience on each song. Powerful instrumentals combined with a very diverse vocal-range and incredible songwriting all come together to form track after track of harsh emotion. Fans will find that more than a few of these songsinterconnect, whether through lyrical messages or sonic instrumentation. This cohesive nature emphasizes the need to listen to the album in full. For these reasons and so many more, CrypticRock gives Outlive 4 out of 5 stars. 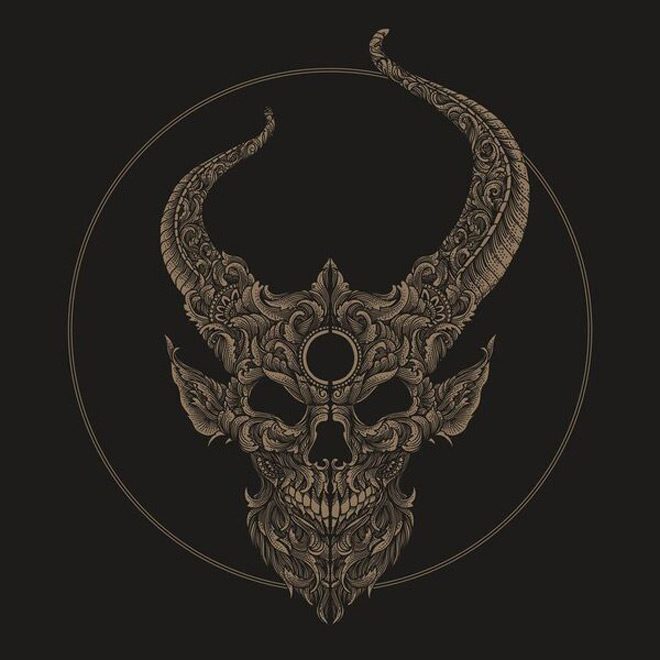