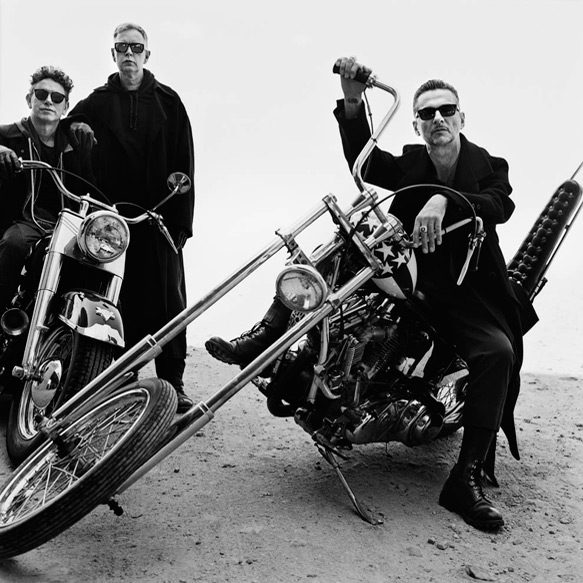 Regarded as one of the most important electronic bands of all-time, Depeche Mode blazed a trail of success in the 1980s like no other. With history that dates back to 1977, when Vince Clarke and Andy Fletcher formed a Cure-influenced band by the name of No Romance, it has been a steady progression forward since. Synthpop, New Wave, call it what you will, Depeche Mode are essential to Pop music like Iron Maiden are to Heavy Metal.

Albeit there have been changes through the years – Clarke’s immediate departure following the band’s 1981’s debut record Speak & Spell, Alan Wilder’s in 1995, as well as various stylistic shifts, Depeche Mode has consistently put out one hit record after another at the hands of its core members – Andy Fletcher (keyboards/backing vocals/bass guitar), Martin Gore (keyboards, backing and lead vocals/ guitars), and Dave Gahan (lead vocals). While albums such as 1986’s Black Celebration and 1987’s Music For The Masses define Depeche Mode to adoring fans, it was 1990’s Violator which saw them attain a level of international mainstream success beyond anyone’s wildest dreams.

Nearly four decades later, there has been little downtime for the fantastic three, consistently touring around the world and putting out one chart-topping album after another, including 2013’s Delta Machine which debuted at #1 in twelve countries. Now, four years later, Depeche Mode return with the highly anticipated Spirit. Their second consecutive release via Columbia Records, and their fourteenth overall, Spirit also marks the band’s first collaboration with Producer James Ford (Foals, Florence & The Machine, Arctic Monkeys). Twelve tracks in total, and less than an hour in duration, what exactly do Depeche Mode have in store for hungry fans this go around?

Well, to start, Spirit is certainly a politically charged record. Always known to convey a message through their music, such as 1983’s “Everything Counts” or 1984’s “People Are People,” this time around there appears to be a tone of frustration with the current social landscape of the world. A hot topic on the tip of everyone’s tongues these days, lyrically, Gore does not shove any one idea down anyone’s throat, but merely raises questions, as heard on the album’s lead single “Where’s The Revolution.” Furthermore, the album’s opening track, “Backwards,” starts the journey on a somber note with piano, guitar, and a electronic beat as Gahan’s voice quickly comes in, pulling no punches, as he questions the progression of the human race. Picking up the beat, the track can either evoke anger or sadness, depending on the listener’s perspective.

The bottomline is Depeche Mode strike a chord and that is exactly what any artist wants to do, regardless of it being negative or positive. Continuing on thematically with a similar message, Spirit remains a very downbeat album. Songs like “Worst Crime” are a prime example of such with a strumming guitar, distant electronic tone, and soft delivery of Gahan’s voice. Granted Spirit does have a rather hopeless tone to it, Depeche Mode make sure to not keep the depressive feelings going too long as they interject the more inspiring “Scum.” A curious title, the track is a mix of a heavier electronic beat and more aggressive vocals of Gahan as he angrily says “Pull the trigger!” No doubt a standout on Spirit, its sound combines all the elements of what make Depeche Mode brillant.

Keeping with a darker tone, a bass heavy beat on “Move” is one of the more lyrically light songs on the album and perfect fit for a relaxing night at home for a dinner party or even spinning at a nightclub. Then taking on a dream-like atmosphere, “Cover Me” touches on the anxiety of the human soul and longing to escape all the chaos surrounding as it slowly builds to Synthpop bliss. On the topic of escaping and finding shelter, “Eternity” is a classic Gore lullaby-esque tune similar to 1984’s “Somebody” or 1986’s “A Question of Lust.” Perhaps more intense than the aforementioned examples, sadly, “Eternity” abruptly ends, but not without delivering a beautiful message of devotion and love.

Changing up the direction of the album slightly, “Poison Heart” takes on a retro sound where it would be easy to imagine the band dressed in tuxedos while Gahan cradling a classic style dynamic microphone in hand. Picking up the pace, a frantic beat comes in on “So Much Love” developing into a vibe vaguely similar to 1986’s “A Question of Time” in many ways. Yet another layered piece of electronic tones, it is a bright moment of hope as Gahan confesses no matter how bleak matters become, he will prevail with the power of love.

From here, the home stretch of Spirit is a mixed bag of slow builds at the hands of the anti-corporate greed-laden “Poorman” and relationship severing “No More.” Wrapping it all up, Gore returns on lead vocals for a heartfelt cry to the masses to awaken from their slumber on “Fail.” Boldly amidst it all, he drives the stake through the heart of apathy, vividly croning about the decay of the human soul.

Overall, Spirit is a rather emotionally heavy record. Fans expecting a little more of an upbeat offering from Depeche Mode will thoroughly be disappointed, but if they look past such, they will find quite a brilliant collection of songs that are not only drenched with memorable textures, but an important social message. As stated earlier, depending on one’s point of view, the lyrical content of Spirit can either have one in agreeance or disgusted. Regardless of such, the exact point of Spirit is to open the eyes of everyone, regardless of their agenda, and hope for them to devise their own opinions. There is a subtlety to the album, yet a clear aggression as well, making it all the more a compelling listen.

There is much that could be said of Depeche Mode’s evolution through the years, but one thing is for sure, Spirit is perhaps their most potent offering in over a decade. The only shortcoming the album may have in some listener’s eyes is the tempo does not shift much, and at times, can be perceived as very depressive. As a result, someone suffering from a modern case of ADD or ADHD may tap out before uncovering the true beauty of Spirit. An album to listen to with open eyes and an open heart, CrypticRock gives Spirit 4 out of 5 stars. 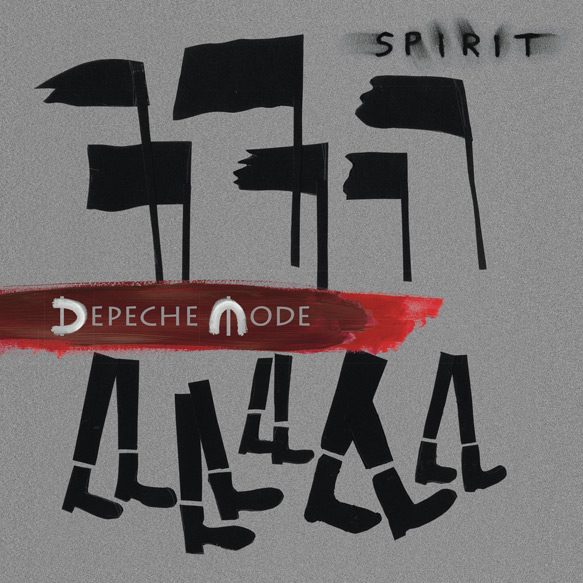 Blithe Spirit (Movie Review) cEvin Key – Resonance (Album Review)
Like the in-depth, diverse coverage of Cryptic Rock? Help us in support to keep the magazine going strong for years to come with a small donation.