Set for release in theaters on Friday, January 26, 2018 comes the new Thriller Desolation through Parade Deck Films. Not to be confused with the 2017 Sam Patton film of the same title, directed by David Moscow as well as written by Craig Walendziak (Contracted: Phase II 2015, He Never Died 2015) and Matthew McCarty (Damn Love 2011), this Desolation has quite a different story. Known as an actor, especially for his roles in 1988’s Big and 2003’s Just Married, Moscow tries his hand at directing for the first time with Desolation. So, how does he fare? 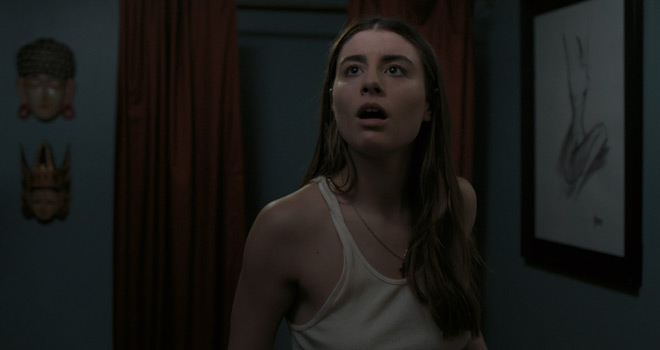 Early on in Desolation, the character Father Bill (Raymond J. Barry: Dead Man Walking 1995, Training Day 2001) describes the apartment complex in which the story mostly takes place as in a kind of constant state of “remodeling,” where there is “always something new.” A film that really makes great use of foreshadowing, Desolation is effectively tense just because men like Bill, ever in search of followers, will keep their eyes open to that newness.

This story, though, is not just about Bill. It is more about Katie Connor (Dominik García-Lorido: City Island 2009, Wild Card 2015), a traumatized rape survivor just trying to get by in the middle of nowhere (Elmira, New York). When she meets actor Jay Cutter (Brock Vincent Kelly: Pitch Perfect 2012, Ravenswood series) while he is in town shooting a movie, Jay offers Katie a chance to leave Elmira and come to Los Angeles with him.

In enough words, Desolation is about performances. Jay Cutter is an almost stereotypical Hollywood heartthrob. He has got looks and charisma that makes women swoon with jealousy. Yet, he is also plastic in a sense, like he is unable to “not” perform anymore because he has been in the game so long. He becomes something of a walking cliché, telling Katie he will “do anything to make it.” Of course he will. This desperation to survive at all costs haunts the film.

Father Bill, then, is the perfect person to offer his aid to Katie at Jay’s LA apartment complex. He fits in with the misfits as most people, acting or not, perform in this world. Why wouldn’t a priest be as strange as anyone else living in this town? Barry is sometimes forced in how he plays Bill, but it works for the most part. 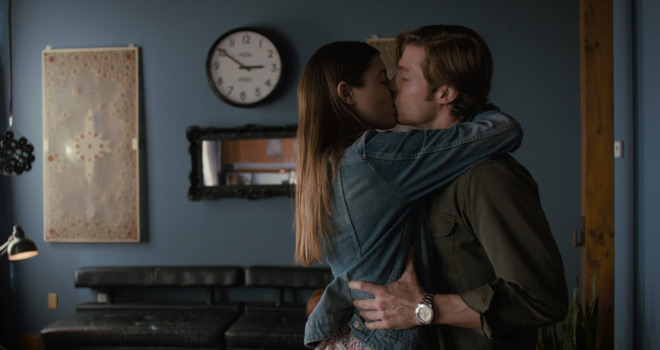 Ironically, it is García-Lorido’s Katie who, in being unable to hide her trauma and “perform” for the world around her, provides a standout performance in the film. There is a constant completely understandable gloom about Katie. García-Lorido provides Katie with a vulnerability that makes her very easy to root for. While she is unable to mask her pain, Katie still plays the role of a runaway, thinking by escaping drab Elmira she will finally be able to take some steps forward in her life in LA. She describes Los Angeles as “a dream,” but it quickly becomes anything but. Katie begins to see things. She starts feeling as though she’s being watched and followed. When Jay leaves her for three days to work on a shoot, things get more and more out of hand.

Answering the burning question, in his directorial debut, David Moscow conducts himself well. He has a grasp of how to tease out a plot and he builds the tension of Desolation very well. Through Katie, the viewer is brought along into her growing confusion and bewilderment. Moscow is content to let the strangeness of the situations play out with odd looks here and seemingly throwaway dialogue there.

The ambient drone that accompanies much of Desolation can feel a bit too ham-fisted in trying to create an almost Lynchian nightmare vibe, however, but because Katie is so sympathetic, it is easy to put that aside and just want her to figure out what is going on. The cinematography by Darin Moran accents and underlines the reality that things just are not quite right. Moran and Moscow combine to create an LA that feels oddly wooden, but again, in context, this works. 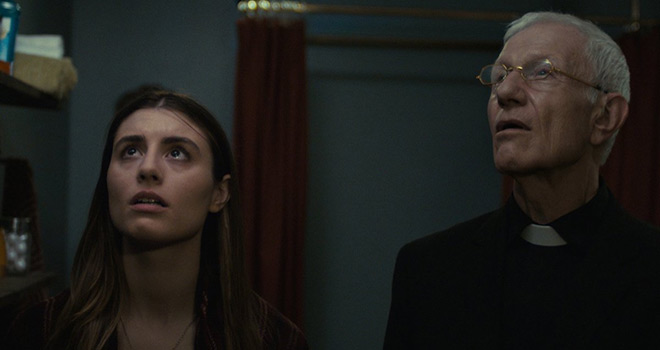 Moscow also fortunately lets the visuals tell the story. While it is clear he has something to say about Hollywood and the dark side of the internet, it never feels like the film is moralizing or ensuring a message is received. Moscow succeeds in showing, not telling, a sense of human detachment that can emerge when one sells oneself as the object of someone else’s vicarious enjoyment. It was one thing for Hollywood to do it, but it is something else entirely on the internet. As Father Bill said at the beginning, there is “always something new.”

Desolation clearly seems to have a pretty negative view of people. The irony of all of this is that at one point Katie does fulfill the viewer’s desire for vicarious enjoyment and catharsis, but only because she has been portrayed so well as the victim.

Unfortunately, for some viewers, Desolation ends in a somewhat unbelievably over-the-top way, which takes away from some of the effective buildup. While it works with Father Bill’s comment that the world/apartment complex around him is “remodeling,” it stretches disbelief. That being said, it does not nullify completely what led up to it. All in all, Desolation is a well-executed and well-plotted independent Horror film. For these reasons, CrypticRock gives it 3 out of 5 stars. 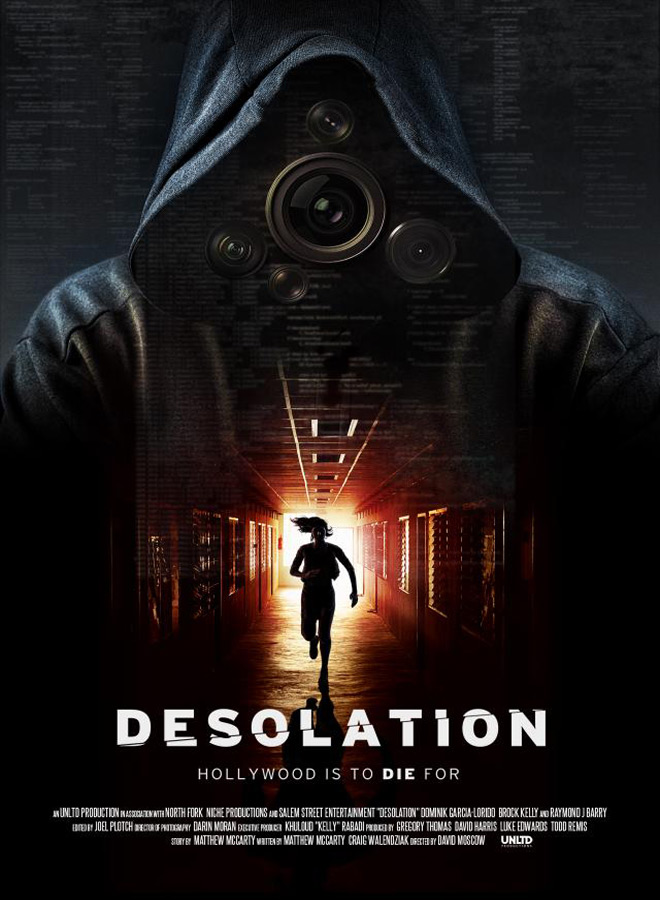