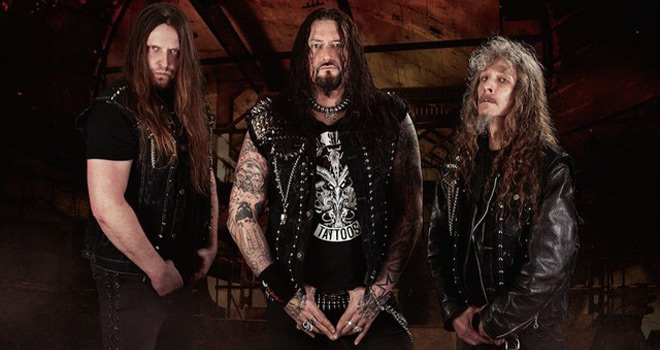 Ten years have passed since German Thrash trio Destruction first recorded a collection of older material under the Thrash Anthems banner. Within that time, the band has released four albums of studio material, the last being 2016’s Under Attack. Using an online platform, the band solicited fan contributions for a second collection of past hits revisited, resulting in Thrash Anthems II. A project put together without the benefit of a record label, Thrash Anthems initially hit the digital world back on July 18th. Now having a viable distribution option, Destructions new collection hit CD and LP on November 10th thanks to Nuclear Blast Records.

Like its predecessor, 2007’s Thrash Anthems, none of the tracks on Thrash Anthems II are younger than 1990, and in most cases the dust goes back to the band’s very early recordings, such as the 1984 Sentence of Death EP, the 1985 Infernal Overkill debut album, even the rough Bestial Invasion of Hell 1984 demo. Despite the age of the material, the band sounds fresh and alive here, with the tighter progressions and smoother musicianship you would expect thirty years of experience. Wawrzyniec “Vaaver” Dramowicz, still technically the “new guy” after close to a decade behind the drumkit, holds his own for original members Mike Sifringer on guitars and Marcel “Schmier” Schirmer on bass/vocals. Sounding quite tight, one minor complaint would be that the drums are almost too present on the overall album, compared to the source recordings, but the overall vibe is a healthy mix of all participants.

Twelve songs in total, standouts include “Black Death,” “Antichrist,” and “The Ritual,” which are improved in almost every way; increased musicianship has led to faster tempos and tighter solos, and longtime experience has scored the band some improved production quality. Furthermore, the opener, “Confused Mind,” has its wailing original solo enhanced by clear technical improvement by Sifringer. This is while “Black Mass” has a cleaner and faster guitar intro that still manages to feel like the ’80s original.

Other tracks like “Front Beast” and “Dissatisfied Existence” undergo a more balanced mix, in particular the latter, whose bass-heavy original sound is brought down to level here. Then there is “Rippin’ You Off Blind,” which is an interesting inclusion. The most recent track in the collection, originally on 1990’s Cracked Brain, it comes from the period when Schmier was recording elsewhere with Headhunter. “Satan’s Vengeance” closes the original material with a call back to their first EP, with a proper guitar outro and marching drum farewell. Offering more, the Nuclear Blast Records pressings of the album will also ship with a Dead Kennedys cover, “Holiday in Cambodia,” to truly close the proceedings.

Some bands may record retrospectives as basic album filler, contract obligations, or a simple cash grab. While some corners of the fan contingent will cringe brusquely at the very idea of re-recording older tracks, the result here is no different than a proper live album: older material combined with improved musicianship and thirty years of experience. To remove doubt further, the grassroots campaign behind Thrash Anthems II, combined with steady recent output of new material, allows it to stand on its own as an introduction for new fans to dig into the older catalog. Additionally, it offers a chance for older fans to enjoy a fresh coat of “polish” to misplaced or forgotten older records. For these reasons, CrypticRock gives Thrash Anthems II 4 out of 5 stars. 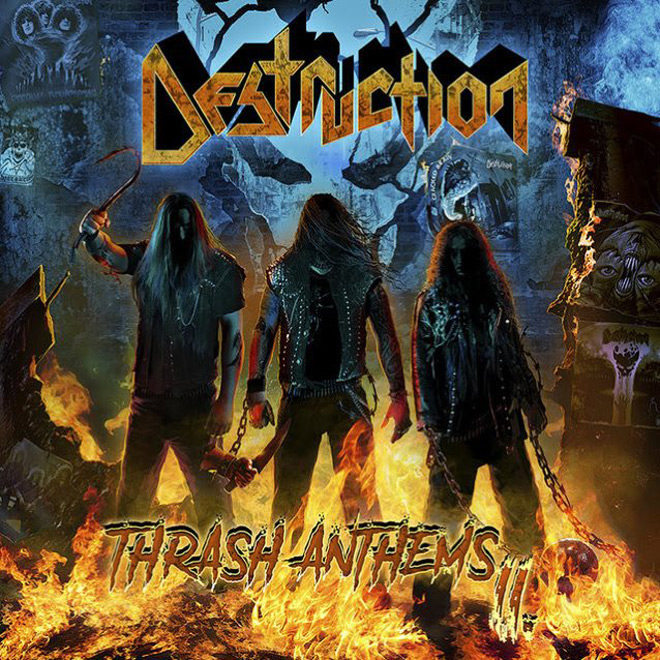