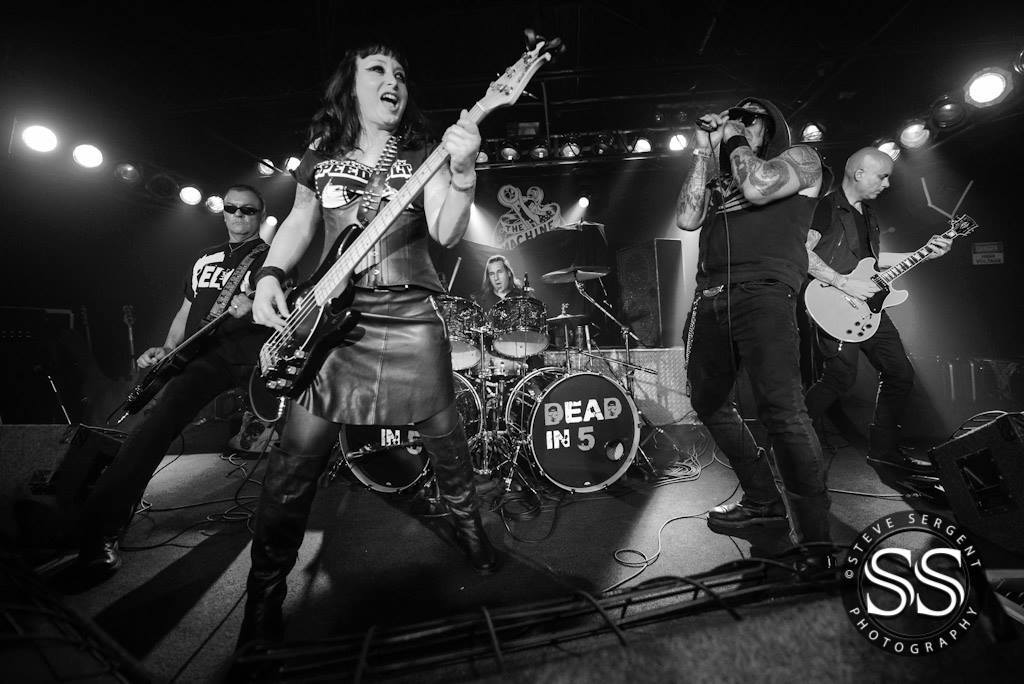 It is rare for an established band to have shades of different groups that spans forty years.  It is even more rare for a new Indie band to have shades of groups that cover a forty year span.  Dead in 5 is one of those special few. Raging out of Detroit Michigan’s asphalt, from the  city’s most notorious biker clubhouses, Dead in 5 formed in 2013 with Robert Libres on vocals, Brent “X19” Hall and Peder “The Terminator” Seglund on guitars, Dana “Deadly” Forrester on bass, and James Trunko on drums.  With influences as varied as Clutch, Soundgarden, White Zombie, Led Zeppelin, and following in the footsteps of bands like the MC5, The Amboy Dukes, Mitch Ryder & the Detroit Wheels, Iggy and the Stooges, and Grand Funk Railroad, Dead in 5 were ripe for success headlining Metro Detroit’s top venues and festivals. In addition, the band has also served as special guests for national acts Five Finger Death Punch, Godsmack, Sevendust, Pop Evil, Texas Hippie Coalition, and more.

In a relatively short span, Dead in 5 has released three discs,  including their self-titled debut EP, which introduced the world to Dead in 5’s “take no prisoners” musical mentality. The full length 2013 album, Wreck Your World, continued Dead in 5’s world assault. Wreck Your World saw seven of its eleven tracks featured in the 2014 cult film Pro-Wrestlers vs. Zombies, released by Troma Entertainment and starring WWE wrestling legends “Rowdy” Roddy Piper, Matt Hardy, Hacksaw Jim Duggan, Kurt Angle, and Shane “The Franchise” Douglas…all in a year.

May 24th, 2015 unleashed their six track EP, Schizophrenic Razor Project, which was produced, mixed, and engineered by Chuck Alkazian (Soundgarden, Alter Bridge) at Pearl Sound Studios in Canton, Michigan on the band’s own label Aural Pleasure Music. Schizophrenic Razor Project is a high-octane ride from start to finish, beginning with “Black Friday Holiday’s” insane drum work from Trunko sounding like a reincarnated John Bonham. The combined force of Hall and Seglund’s blistering riffs is apparent on “Sliver” as Forrester’s bass does not go unnoticed, dropping trinkets of brilliance in every track.  Libres Queensryche/Soundgarden/Dio-esque vocals and “in the moment” storytelling; covering subjects like overcoming life’s challenges, domestic violence, even the music business, solidifies Dead in 5’s individual and combined talent into the juggernaut they have become, and will continue to be.

Dead in 5’s balls to the wall, corporately untouched music is now available on iTunes, Cdbaby, and Amazon. Their itinerary has them touring through September, so those yearning for a bit of everything Metal, check out this killer band. 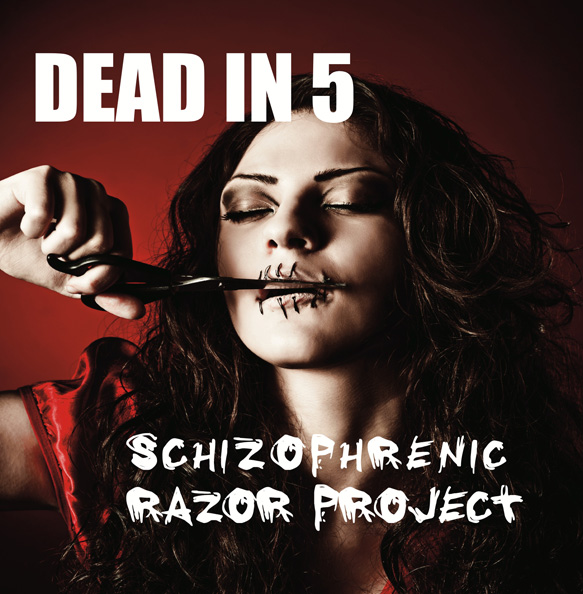