Hard rock has been budding with innovative and talented bands over the past few years.  One of those bright young bands planting seeds is Message To Venus, AKA M2V.  Originally from San Juan, PR, the band, consisting of Jandre Nadal (vocals/guitar), John Feliciano (guitar), Edgar Ramos (bass), and JuanMa Font (drums) relocated to Miami, FL a few years ago to help further their musical careers.  A tough move for anyone to leave home, the guys in Message To Venus know what is at stake at this vital point in their career, and make the move with confidence and drive.    The decision to uproot came after the release of their 2011 EP The Envelope which featured the single “Universal You” which received steady play on SiriusXM Octane, MusicChoice, and more while drawing attention from such artists as Godsmack and Halestorm.  With a style infusing hard rock guitars with subtle textures and tight production, Message To Venus possess a sound that not only draws attention but provokes one to look deeper beneath the surface.  With many hard rock acts relying on similar formulas, Message To Venus begs to be different with emotional lyrics vocalized by Nadal and atmospheric tones that have the heart and soul beyond musicians beyond their years.  Appealing to more than just hard rock audiences, their sound can be picked up and enjoyed by alternative rock fans as well. 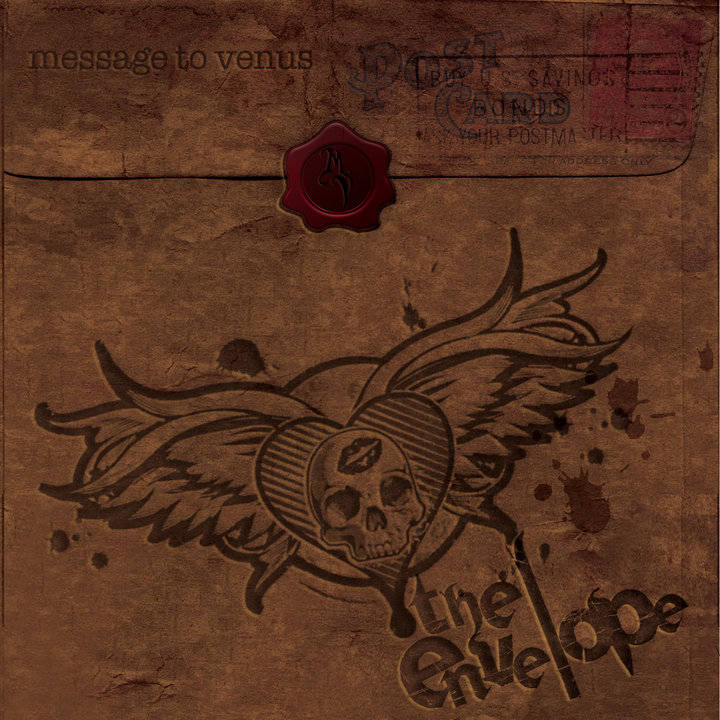 With a buzz building around the aspiring musicians, they are now ready to take the next big step in their career with the announced forthcoming release of their debut album Victims & Villains.   Put together independently and recorded in their home town of San Juan, the record comes with high anticipation to a growing fan base.  Much like many other bands in a similar position who are putting all their blood, sweat, and tears into making their musical dreams come true, Message To Venus look to raise awareness of the record in hopes of reaching an even larger audience.  Often an oversight by fans, a band’s ability to sustain themselves in the ever changing music industry is reliant on their ability to continue to grow.  To jump start this growth they have launched an Indiegogo crowdfunding campaign to raise money for the release and promotion of Victims & Villains.  Seeking to raise $10,000 during the month of July, the band is offering several unique perks to contributors including advanced music, a personalized Message To Venus comic book, and more.  The money raised during the campaign will also be put toward a music video, touring expenses, marketing, and more.   Beneficial to all involved, this is a tremendous stepping stone for Message To Venus.  When discussing the campaign the band stated:

“If a tree falls in a forest and no one is around to hear it, does it make a sound? The same applies to an album that goes unheard and we want to be heard! That’s why we’ve decided to make our new album available to you, our closest fans, in advance of the official release date. With your support, we can raise the money needed to properly release and promote our new album, ‘Victims & Villains’. For your contribution, you’ll receive exclusive perks in return, from an autographed copy of the new album, a limited edition poster to even having your own personalized comic book!”

In the meantime to satisfy the hunger of anxious followers around the globe, Message To Venus has posted a Victims & Villains teaser video on YouTube below:

The campaign is available online here

Developing Artist Showcase – Crystal Joilena Martyrs Lane (Movie Review)
Like the in-depth, diverse coverage of Cryptic Rock? Help us in support to keep the magazine going strong for years to come with a small donation.