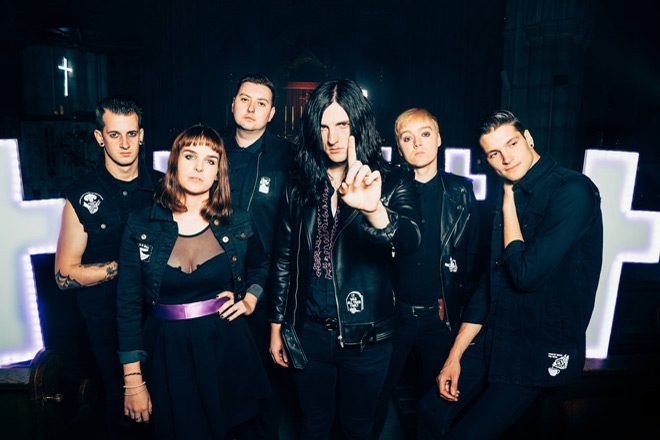 Creeper take the Gothic Punk talents of (old-school) AFI as well as Alkaline Trio and blend in something classic and theatrical, something that leans towards, say, Bowie or Meat Loaf. This Glam Punk amalgamation is best categorized as Horror Punk, because, well, you cannot go wrong with either of “Horror” or “Punk,” right?

Either way they lean, Creeper are presenting a sound that is fully infectious and deliciously necessary in today’s somewhat stale Punk scene. That is probably why they can count such diverse personalities as Elton John and Chris Motionless of Motionless In White among their fandom.

Formed in 2014 in Southampton, UK, Creeper would go on to release three EPs -2014’s Creeper, 2015’s The Callous Heart, and 2016’s The Stranger – before settling down to work on their full-length debut, 2017’s Eternity, In Your Arms. In their short career, the band have toured with a motley crew of artists, from the Misfits to Pierce The Veil, Andy Black, Waterparks, Moose Blood, and Neck Deep. To further display their eclectic talents, Creeper have also recorded covers of Iron Maiden’s “The Evil That Men Do” and My Chemical Romance’s “This Is How I Disappear.”

Creeper – Vocalist Will Gould, Guitarists Ian Miles and Oliver Burdett, Bassist Sean Scott, Drummer Dan Bratton, and Keyboardist/Vocalist Hannah Greenwood – released Eternity, In Your Arms in March 2017 via Roadrunner Records, and the album immediately landed at No. 1 on UK Rock & Metal Albums chart, earning them critical praise from the likes of NME and Rock Sound. To their credit, the band – who are only just hitting the three-year benchmark in their career – have already accrued a slew of accolades, from “Best British Newcomer” at the 2016 Kerrang! Awards, “Best New Band” at the 2016 Metal Hammer Golden God Awards, and are also nominated for “Breakthrough Band” at the upcoming 2017 Alternative Press Awards.

Eternity, In Your Arms is an eleven-song collection that runs the gamut from Punk rebelliousness to Classic Rock theatrics, creating something fully modern that embraces all things Gothic and darkly dramatic in nature. Single/video “Hiding With Boys” is the perfect representation of the collection: a celebration of youthful transgressions made for a black-clad Warped Tour sing-along in the summer sunshine. There are clear nods to yesteryear’s melodic greats on tracks like the miserable break-up of “Black Rain” – that celebrates “making out with loneliness” – epic single/video “Suzanne,” and the dark tale of “Down Below.” Offerings such as “Darling” show clear echoes of the haunting sarcasm and vampire bite of Alkaline Trio, while gritty “Poison Pens” (“Gather up your friends, come watch me choke!”) and jack-hammering “Room 309” lean more toward early AFI.  There are even some shades of Conor Oberst’s Bright Eyes floating in the emotional depths of “Misery” (“Misery never goes out of style”).

As with any great album, there are, of course, curveballs: like the acoustic “Crickets,” which features Greenwood’s emotional lead vocals on a tale of cheating lovers (“You were my dream, now my nightmare”). Album closer, the beautiful piano ballad “I Choose To Live,” is a powerful ode to owning our burdens – whatever form they may take – and choosing not to perish under the crushing weight of reality. It is a beautifully poignant ending to an eclectic collection that shows the superb talents of this new band.

When you reference Johnny Depp (“Winona Forever”) and have songs that echo the biting sarcasm of Alkaline Trio or the dark drama of My Chemical Romance, when you could be compared to Davey Havok meeting Meat Loaf on a beautiful Gothic theatre stage, well, you are doing something very, very right! Creeper take the best of yesterday’s arena favorites, toss them into a blender with Punk Rock luminaries and come up with a sound that is infectious and darkly relatable. They are a perfect dose of original that pays homage to some of the very best, creating a sound that is entirely 2017 and absolutely worth checking out. 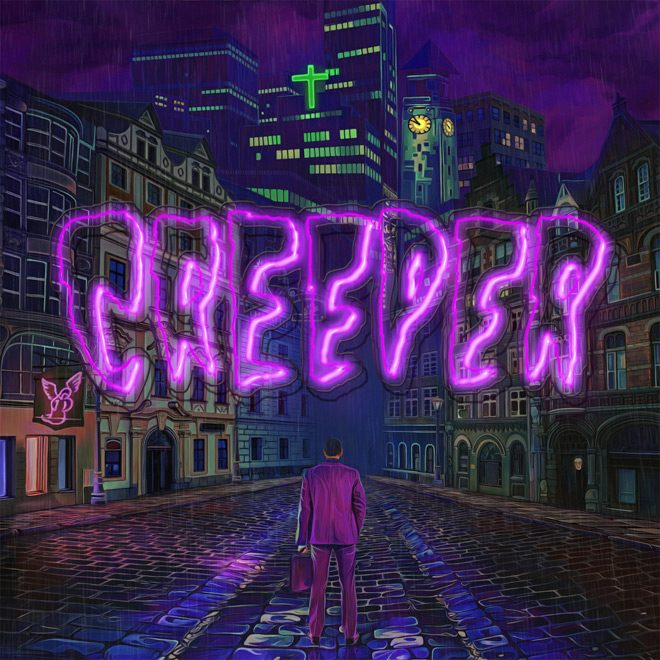