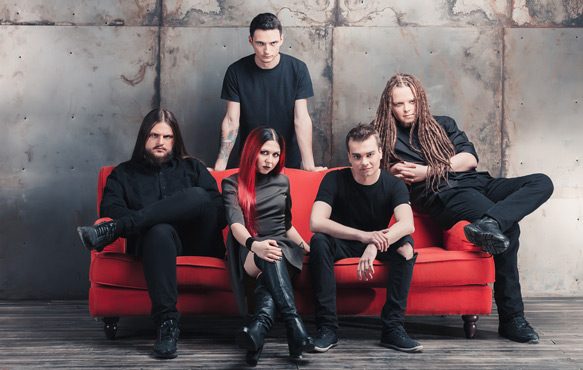 As proclaims their national anthem, the glory and the will of Ukraine has not yet died! The Eastern European state of Ukraine was born out of the former Union of Soviet Socialist Republics in 1991, a unitary semi-presidential republic that is represented by both a President and Prime Minister. Their constitution was officially adopted in 1996, though, in truth, the country has a lengthy history of attempted independence from Russia. In fact, Ukraine and Russia are currently embroiled in an ongoing territorial dispute over the Crimean Peninsula which Putin-led Russia annexed in 2014, though Ukraine and most of the international community recognise Crimea as Ukrainian.

Lest you begin to wonder if this is a bad geography lesson, let us move along to the bones of this presentation: Ignea (stylized as IGNEA). A wonderful new female-fronted Symphonic Metal band out of the capital of Ukraine, Kiev. From a region that knows much about war, terror, famine, and loss, IGNEA are a hopeful band focused on spreading a message of anti-terrorism, understanding, global awareness, and most of all, peace.

IGNEA began in Kiev in 2011, originally calling themselves Parallax. They are the first band in the Ukraine to play what they term “Oriental Metal”: an amalgamation of Symphonic Metal, Industrial, Progressive and other key subgenres of Metal, with a slight Middle Eastern influence. By 2013, the band had entered Morton Studio, a well-known Rock and Metal studio in the Ukraine, to record their debut EP, Sputnik, which would also see a collaboration between members of renowned Israeli Metal band Orphaned Land and IGNEA. IGNEA would go on to open for Orphaned Land.

In 2015, the band officially changed its name to IGNEA, which supposedly means “on fire” or “fiery.” IGNEA – Vocalist/Lyricist Helle Bogdanova, Vocalist/Keyboardist Evgeny Zhytnyuk, Guitarist Dmitriy Vinnichenko, Bassist Xander Kamyshin, and Drummer Ivan Kholmogorov – are a Metal force to be reckoned with. Their collective musical influences and favorite musicians are across the board, ranging from Karyn Crisis, Serj Tankian, and, shockingly, Christina Aguilera, to Beethoven, Thom Yorke, and bands such as Amorphis, Nightwish, Betraying the Martyrs, Adept, and Orphaned Land, of course. You can file their music beside others like Xandria, Sirenia, Epica, etc.

In February 2017, their debut full-length studio album, The Sign of Faith, was released. The album contains ten blistering Symphonic Metal tracks from a politically-minded, globally and regionally aware group: their music seeks to promote peace in the region of the globe that they call home and far, far beyond. Their songs are often battle cries, including album opener and newest single/video, “Şeytanu Akbar” (pronounced “Shy-tan-oo Akbar”). Zhytnyuk, composer and lyricist of the song, states: “What we want to say is that there is no reasonable cause to kill other people: be it regime, faith, or moral principles. We mainly speak about Islamic terrorism in this song, as one of the social plagues of 21st century, taking lots of innocent lives. However, this applies to every human on Earth, regardless of their religion.”

As a video, “Şeytanu Akbar” presents a Salvador Dali-esque journey into the persistence of time with turning clocks and rotating mandalas. The video begins with the statement that over fifteen-thousand people are murdered by Islamic terrorists each year; these terrorists are often times individuals who are largely under the spell of corrupt leaders who distort and taint the true teachings of the Qu’ran for personal gain. Bogdanova growls the lyrics: “My children vanished below the sign of faith / Your mark of Allah is carved upon their graves / You hide in peace but disappear in grief / I’m bringing death to you, I shout / Şeytanu Akbar.” She counters gorgeously with a refrain about the oxymoron of building peace upon death. It is a beautifully-layered, sophisticated Metal onslaught complete with sitar that prophetically predicts, in the end, Islamic Extremists will be defeated by people of their own faith. On this day, peace will again reign in Islam.

It is, of course, important to state that not every single note of IGNEA’s self-described Oriental Metal is so politically and globally-minded. There are songs of pure Metal release, sublime guitar work from Vinnichenko (“Petrichor”), a soaring Metal ballad (“Theatre of Denial”), superb keyboard work by Zhytnyuk (“Last Chosen by You”), and palpitating drum and bass assaults from Kamyshin and Kholmogorov (“Jahi”). All the while, a glorious songbird sings clean vocals alongside angry, dirty growls that are often layered over a Middle Eastern musical influence. Envision yourself standing at a sonic bazaar in Constantinople, nay, Istanbul, rocking out to the newest European Metal offerings that possess a worldliness to their lyrical content.

IGNEA are a band on fire (kind of like Katniss Everdeen: The Band). For their first single/video off the album, the band released the single, “Alga,” a beautifully haunting show of solidarity with the Crimean people, who continue to defend their lands from imperialist Russia. The first-ever Ukrainian band to record with a full symphony orchestra, IGNEA would document the evolution of “Alga” on video, for posterity. The result is a minimalist video of the band performing alongside the symphony, a simple visual that places the emphasis clearly onto the music and not the posturing. Although, it should be noted, Bogdanov wears one kick-ass, fashion-forward Heavy Metal crown in this video!

The album closes out with two great offerings from the band. “How I Hate The Night” is definitely a Metal track and yet it contains literary references from The Hitchhiker’s Guide to The Galaxy and Philip K. Dick, and musical parallels with the traditional Christmas track “What Child Is This?” Overall, there is a lovely storytelling feel from ye days of olde. IGNEA end with a cover of Ultra Sheriff’s “Leviathan,” a synth-heavy, atmospheric cover that truly spotlights the talents of Keyboardist Zhytnyuk and Drummer Kholmogorov.

IGNEA’s music presents themes of faith and religion, global awareness, freedom, peace, and, of course, unrequited love; they are equal parts blistering, soaring, harmonizing, melodic, and Metal. If music is a universal language, then IGNEA are here to utilize their craft to spread awareness about the world around us: it could be a beautiful world, if we can all simply learn to show forethought, compassion, awareness, and show The Sign of Faith in humanity. 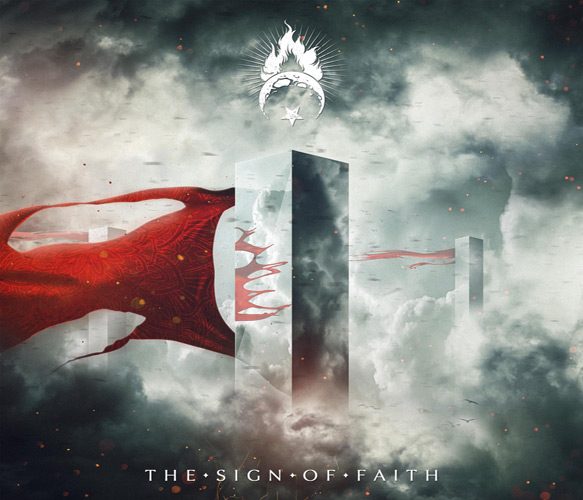