Developing Artist Showcase – Into the Fire 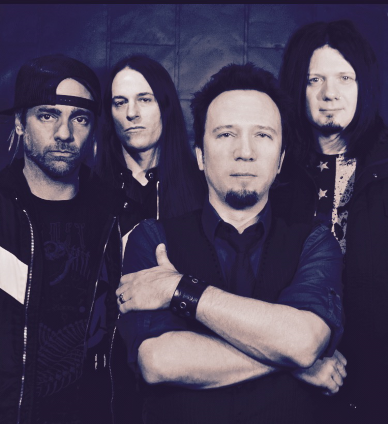 Some music projects take time to take shape. That said, the band known as Into the Fire is sort of a super group in the Hard Rock genre. Not necessarily a brand-spanking-new band, their journey began back in 2013 when long-time bandmates and friends, Bassist Tim King and Guitarist Adam Zadel, of Chicago-based band SOiL decided to test new waters. Already having six studio albums under their belts and attained international acclaim with SOiL, Zadel and King reached out to former The Union Underground and Cult to Follow Vocalist Bryan Scott via text messaging, and Scott was instantly on board. According to Scott, “As soon as Tim sent me the material, I immediately had ideas and started putting vocals down.” Then they brought ex-Black Label Society Drummer Craig Nunenmacher to work on material, but he dismissed himself from further proceedings during mid-recording, due to personal obligations. Thus ushering the recruitment of professional Drummer Will Hunt, who has toured with countless acts and is a regular member of Evanescence.

Fast forward to 2016, the four men released their self-titled EP via Pavement Records on September 30th. Consisting of three tracks, the third track being an alternate version of the first single “Spit You Out.” Overall well-written tunes, Into the Fire have to release a full-length album; two or three songs are just not enough to hold their growing fanbase. This appetizer of sorts, the EP is one that any Metal lover could move their heads to and throw their horns high as they blast through what King, Hunt, Scott, and Zadel have to offer.

Coming out on fire, if you will, the single “Spit You Out” includes a Horror movie themed music video that premiered on September 29th. A fast-paced start, it features rocking Metal guitar sounds, pounding rhythm section, and Scott’s raw vocals spewing out lyrics. Showing diversity, “From the Medicine” is a slower, ballad-like song, but not like an average super ballad like one may remember from the ’80s. The verses are clean and softly, melodically sung before each ripping chorus comes in with the full impact of the band.

When asked about his involvement in Into the Fire, Scott stated, “Into the Fire for me is exactly what a Rock-n-Roll band should be. Honest, gritty, and unapologetic. The first few songs we’ve written are stellar, and I look forward to what the future brings with this band!” Those who check the band out will have to develop their own opinion, but so far, Into the Fire seem like the real deal. There are presently no plans for Into the Fire shows, but hopes are that will change. At the currently time, King and Zadel already have scheduled SOiL tour dates, sharing the stage with Saliva and Sons of Texas, through the month of November in Europe and United Kingdom. As for Hunt, he is touring with Evanescence, stopping in selected U.S. cities starting October 28th in Dallas, and ending in November in New York.

Talking about the story behind Into the Fire, King adds, “With Into the Fire, we didn’t want to take a group of seasoned musicians from successful backgrounds and throw sub-par songs together for the sake of forming just another wanna-be ‘super group.’ We wanted each song to reach its full potential in every way possible. We feel that these songs bring their “A” game in every sense of the word. Enjoy!” That said, if Into the Fire compose a full-length album, it would be a great addition to the Hard Rock world. 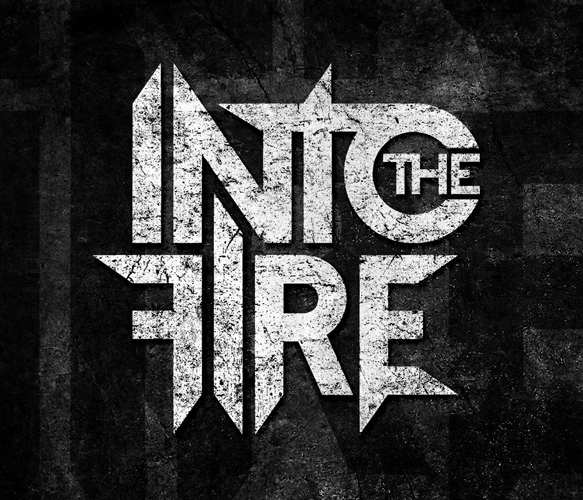 Purchase Into The Fire: Google | iTunes