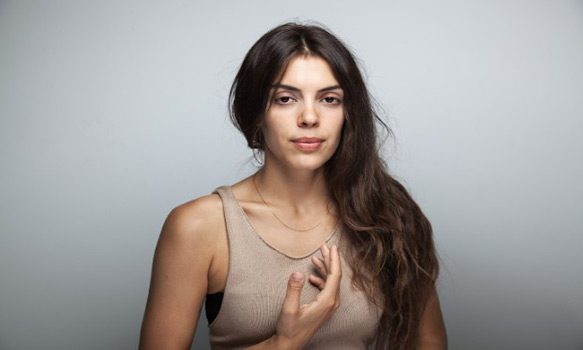 Sometimes it takes years for artists to master their craft, although, Singer-Songwriter Julie Marie Byrne seems to have done so relatively quickly. Starting to record at a very young and working with other aspiring musicians, as a solo artist, Byrne has already carved out her own nook in the Indie Folk world. Dating back to 2011, she recorded a five track EP, entitled You Would Love It Here, with her friend Jake Acosta. Released independently a year later, since, Byrne has been paving her own path with a husky murmur so chilling and delicate that her style has the power to transport listeners to a magical place where time seizes.

Having resided in cities coast to coast across America, there is no doubt her travels/experiences add to her songwriting perspective. Born in Buffalo, she has bounced around from Pittsburgh, to Chicago, to Seattle, to New Orleans, and Northampton, Massachusetts in recent years. Currently, she is an inhabitant of New York City, where she works as seasonal urban park ranger in Central Park. Some may say that perhaps Byrne’s transient lifestyle is not for them, but through it all, she met a lot of great people, ones which would help influence her along her musical journey.

Earning a vast amount of life experience at such a young age, Byrne’s sonic quality seems so organic, so beautifully unplanned, and so humble that it is truly a diamond in the rough. Gorgeous melodies seem to radiate off of Byrne, whose deeply affecting acoustic performances elicit the vulnerability of Bon Iver with the matter-of-factness and lower-register tonality of Nico. Coupled with diffident yet self-assured lyrical themes, the music of Byrne truly occurs on another plane altogether. It is no wonder why her latest single, “Natural Blue,” was named Best New Track by Pitchfork and deemed “a standout performance” by NPR.

A delightful song, Bryne offers it as a taste of her forthcoming sophomore album, Not Even Happiness. A follow-up to her 2014 debut, Rooms With Walls and Windows, the new album evolved much like the rest of Byrne’s music by taking its time to develop and form its own sense. The LP spans recollections of fuddled memories with vivid imagery of roadside diners, California wildflowers, astral visions in desert landscapes, the winds of change, and the complexities of love. Her tender odes seem to create a sensation both lightweight and melancholic, as if the listener is floating on water. Byrne’s latest effort gracefully archives distant memories otherwise been lost to the road, transporting listeners to a shared plane of introspection and nostalgia. 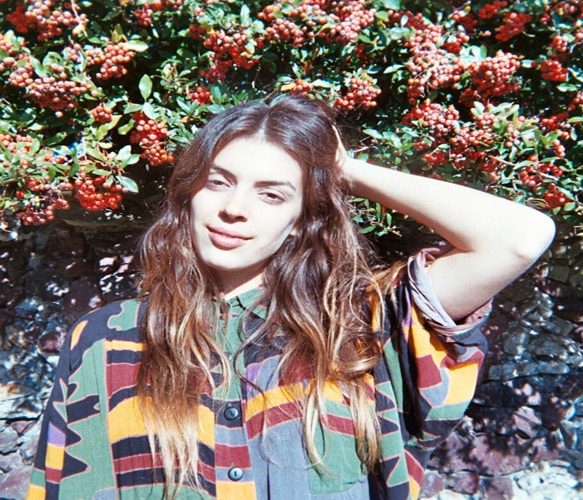 “The title of the album comes from a letter I wrote to a friend after a trip to Riis Park’s ‘The People’s Beach,” Byrne explained. She goes on to say, “It was the first warm afternoon of the year. I walked alongside the Atlantic as the Earth came alive for the sun. There was a palpable sense of emergence to everything. I felt it in myself too, and remember thinking I would trade that feeling for nothing…not even happiness.” An interesting concept, the release of Not Even Happiness could attract an entirely new audience for the songwriter. That said, for her already dedicated followers, it has been three long years since Rooms With Walls and Windows, and they wait with bated breath to see what Byrne has in store.

Creating art takes time though, and should not be rushed, hence the four year gap between album releases. In fact, some of the tracks on Not Even Happiness took years of acuity to fully materialize. This is certainly no exception for Byrne since Rooms With Walls and Windows had taken a similar effect. Byrne states, “Writing comes from a natural process of change and growth. It took me up to this point to have the capacity to express my experience of the time in my life that these songs came from.”

Byrne’s combined vulnerability and candidness reveals the atmospheric beauty of life. Set for release on January 27th via Ba Da Bing Records in the US and Basin Rock in Europe, Not Even Happiness feels quite natural. It is the growth of an artist as a singer as well as a lyricist, and as Bryne articulates, a very strong sense of self. To honor Not Even Happiness, Byrne will be hosting a record release show at Rough Trade in Brooklyn, New York on January 27th. In addition, she is scheduled to perform at PhilaMOCA in Philadelphia, Pennsylvania on February 25th, but there surely will be more shows to come for Byrne throughout 2017. 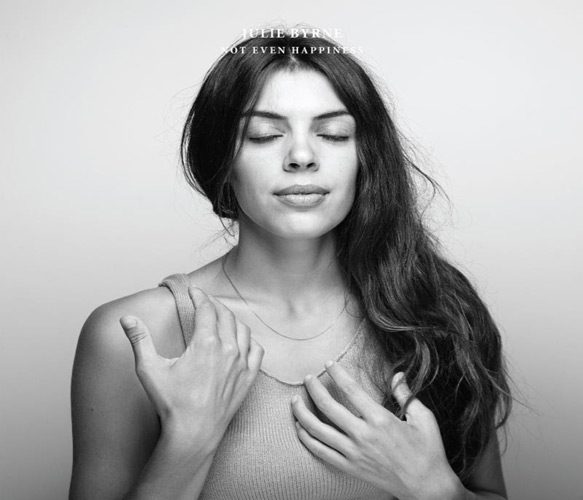 Pre-order Not Even Happiness here

Developing Artist Showcase – Crystal Joilena Billy Idol – The Roadside (EP Review)
Like the in-depth, diverse coverage of Cryptic Rock? Help us in support to keep the magazine going strong for years to come with a small donation.