Developing Artist Showcase – My Enemies & I

Just like most aspects of life, getting started with any new activity can be difficult, especially if it is going to define and shape you in the long run. But grasping an idea and going at it with full force, is exactly what Richmond, Virginia’s My Enemies & I did not too long ago. For Jeff Hills (vocals), Zack Jones (guitar), Guitar Brandon Sellitti (guitar), Ryan Ganster (drums), and Griffin Kentner (bass), it seems as though music and creativity come hand in hand, as well as naturally. With their angsty guitar riffs, rowdy vocals, and overall in-your-face attitude, My Enemies & I are sure to grab hold of any and all attention. With their Metal characteristics and solid skills, the band’s sound is both introspective and complex; it is not hard to believe the amount of success and positive feedback that has gathered already.

It is plain to see the amount of hard work, dedication, and passion that went into their debut EP, Sick World, released September 25, 2015 via Fearless Records. Keeping up with their catchy and unworldly songs, My Enemies & I have a knack for keeping their tunes haunting and dark. My Enemies & I says, “We’ve always been attracted to the darker side of things, however I wouldn’t say our music is inspired by it. Lyrically, I would say our music is influenced by how rotten of a place the world is rather than horror. The world is a horrific place, so maybe the two connect in that way.” Throughout the entirety of their six song EP, listeners will find and learn that monsters exist, and live among us all. 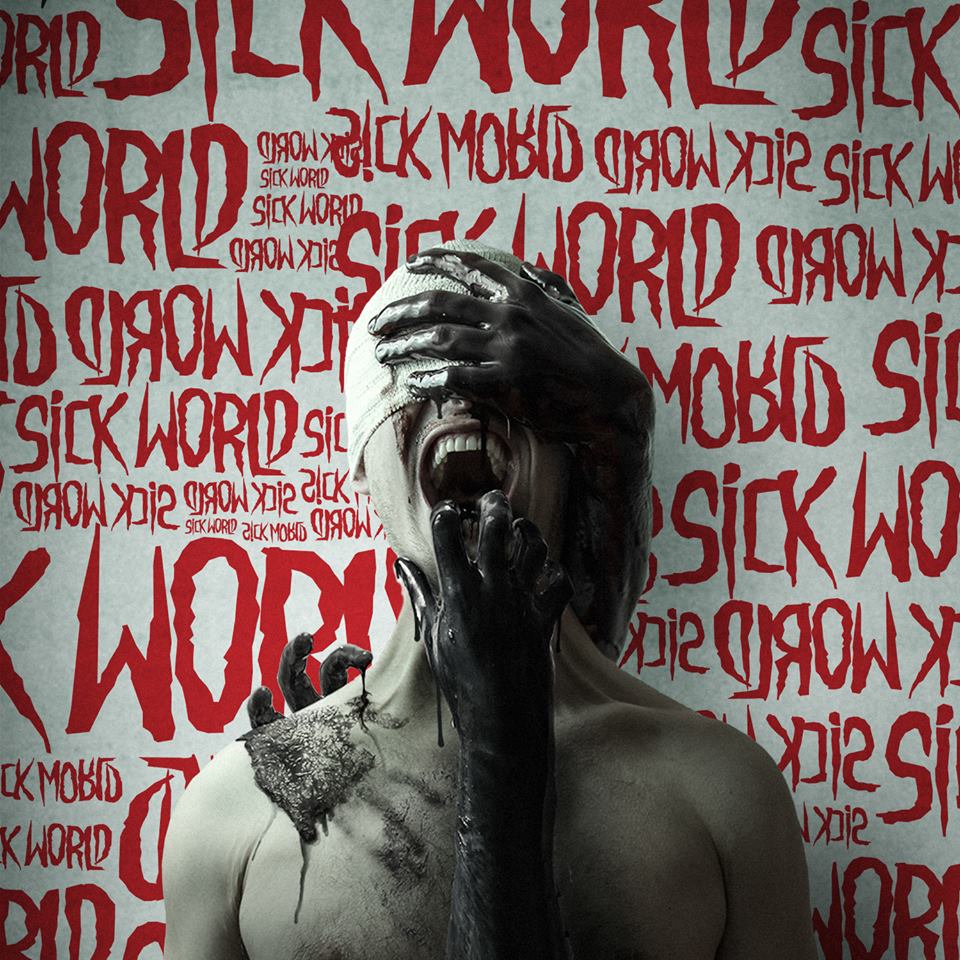 To prolong this message, the release of their music video for “Toxic,” a song that showcases My Enemies & I at their finest, keeps listeners on the edge of their seat; already anxious for more music. The video features the five piece progressively being saturated by black tar, which the band says, “The black tar symbolizes inner negativity, but what you do with it is up to you.” With that said, the music video take listeners deep into their minds, telling the story of negatively and perceives the message of choosing how to channel it. My Enemies & I says, “Our inspiration came from a type of snake called a Boomslang. Its venom causes tissue breakdown, prevents blood clotting, and you begin to bleed from every orifice. We wanted to make a video where the black tar did the same thing, and by the end we would be totally consumed by it.” My Enemies & I are already throwing themselves completely in the deep end, intending to show who they really are and to get their message across clearly. They went on to add, “People like pleasant things. Everyone wants to live in a world that sugar coats the tragic and horrifying parts of everyday life. Everyone wants to see a smiling face. It’s time everyone takes the masks off and sees this place for what it is.” 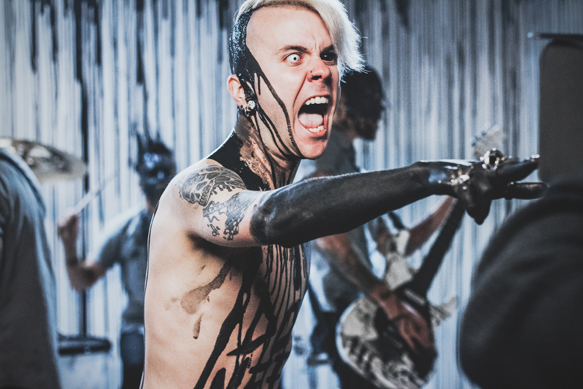 Behind the scenes of the making of the music video for “Toxic.”

Aside from being dedicated to working on music in the studio, My Enemies & I are already making a name for themselves, while just finishing up a head spinning tour, sure enough to get them higher off the ground. Starting in West Palm Beach, Florida and ending in Worcester, Massachusetts, supporting Blameshift, Sylar, and New Year’s Day, this five piece is gaining recognition, support, and fans up and down the East Coast. As if their songs and music videos did not show it enough, My Enemies & I are just as haunting onstage than they are off as they state, “If you watch something that makes you feel uncomfortable, or scares you, you’re oddly always drawn back to it. Our attraction to horror is shown in our visuals. We want what is seen to be a reflection of the world around us as we see it. It’s not pretty, but still has a strange kind of beauty to it.”

Now back from the road, My Enemies & I only plan to improve their already talented skills and obtain even higher goals. With hopes of writing their debut full-length album sometime this year, My Enemies & I are sure not to disappoint; without a doubt, this is a group that intends to grow and continue to make bone-chilling music for years to come. 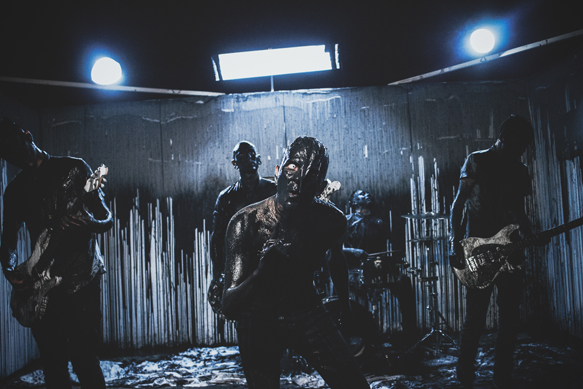 Behind the scenes of the making of the music video for “Toxic.”