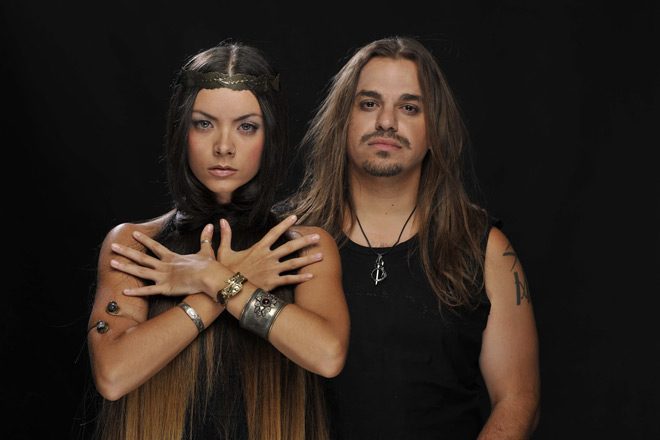 Sede Vacante. The Latin term is part of the Catholic church’s canon of law, and pertains to the vacancy of a bishop’s throne especially that of the Pope. Of course, we all know how Metal the Pope is! (Insert metal horns and some audience laughter here.)

So goes the behind-the-scenes tale of Greek, female-fronted Gothic Rockers, Sede Vacante. The Metal duo of Vocalist Constantine Alex and Vocalist/Guitarist/Keyboardist Michael Tiko formed in 2013. A pair of highly-educated musicians, Tiko possesses a Master’s in Guitar Performance from Boston’s Berklee College of Music, while Alex studied in The National Academy of Music in Sofia, Bulgaria. In addition, Tiko was Guitarist for the Gothic/Power Metal band Rage of Romance, as well as working in the studio as a session performer. For her part, Alex has been singing for well over a decade, also making herself available for in-studio session work. In 2013, the pair released a 2-song demo entitled In Nomine Peste Dominus, and the rest is, well, musical history.

A talented duo with a clear and obvious musical background, the pair have joined their sonic forces to create Sede Vacante – which also features Bassist Jim Siou and Drummer Jannis Konst – who released their debut full-length album, Skies Infernal, in November 2016 via Pride & Joy Music. Mixed by Fotis Benardo (ex-Septic Flesh, Six4Nine) in Greece and Mastered by Jens Bogren (Dimmu Borgir, Arch Enemy) in Sweden, the album is a ten-song collection that runs the gamut from haunting Goth Rock to beautifully-orchestrated Metal all with symphonic touches that dance across the macabre. Their Facebook lists some artists that they enjoy – from Within Temptation and Lacuna Coil to Nightwish and Delain – who might also be fair comparisons for these Gothic-themed Rockers, who have shared stages with the aforementioned Delain, Sirenia, and very soon they will add Evanescence to that list. 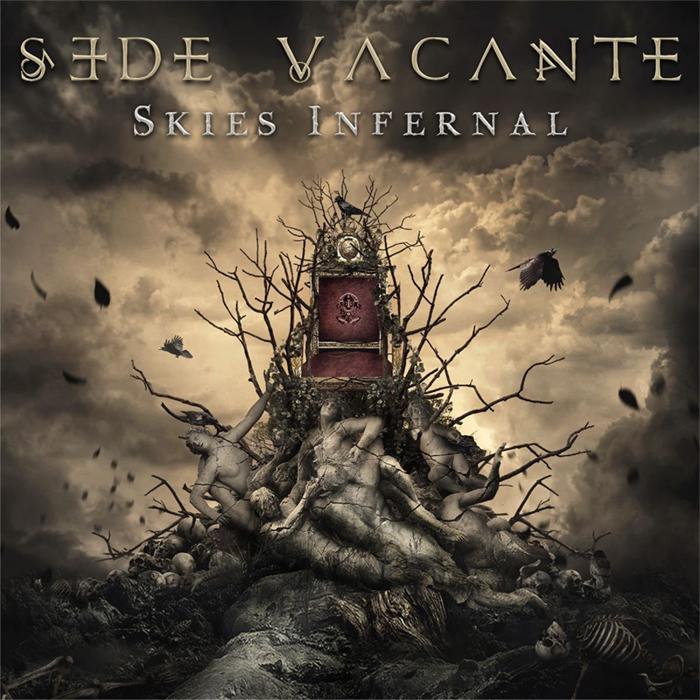 Skies Infernal is a ten-song collection that kicks off with the choral introduction and album namesake, “Skies Infernal.” This moves the band into their first single/video, “Hate Eternal,” fraught with synthesizers, gang vocals on the choruses, Alex’s superior vocals, and some serious 1980s influences. In fact, when they are at their very finest, Sede Vacante sound something like Sisters of Mercy meets Within Temptation.

Tiko takes over lead vocals for “Against My Tear,” a meandering, atmospheric rocker. Superbly emotive keyboard work kicks off “Dark Refrain,” an emotional rocker with a killer guitar breakdown. One of the best representations of Sede Vacante and one of their catchiest moments, second single/video “Shepherd and Lamb,” is a seductive, dark Metal approach that sees Tiko on lead vocals and some seriously sinister bass work by Siou.

“Cruelty In Disguise” presents a somewhat evil dance and highlights the band’s stellar musicianship for all to witness, all with a classic Metal feel. Kicking off with some gorgeous piano work, “Faithless Art” is an ode to melancholia with darkly romantic, grinding guitars and Tiko on lead vocals. Alex and Tiko duet on the soaring “Lips Yet Denied,” moving the band toward “The Other Side.” One of the album’s catchiest offerings is this Gothic Rocker, marked by anthemic choruses and some seriously pounding bass work. It is a must download! The album wraps up with “A Thousand Shades of Moon,” complete with more stellar piano work and beautifully-arranged electronic atmospherics.

In summary, Sede Vacante are a beautifully macabre blend of darkly Gothic sensibilities set in a Hard Rock packaging with Symphonic Metal tendencies and all things black lace: romantic, dark, artistic, beautifully haunting. With dueling vocals, stellar musicianship, and super compositions, Sede Vacante are placing Greece firmly onto the Hard Rock/Heavy Metal map. Certain to seduce any fan of Gothic Rock, Sede Vacante are a name that should be remembered! 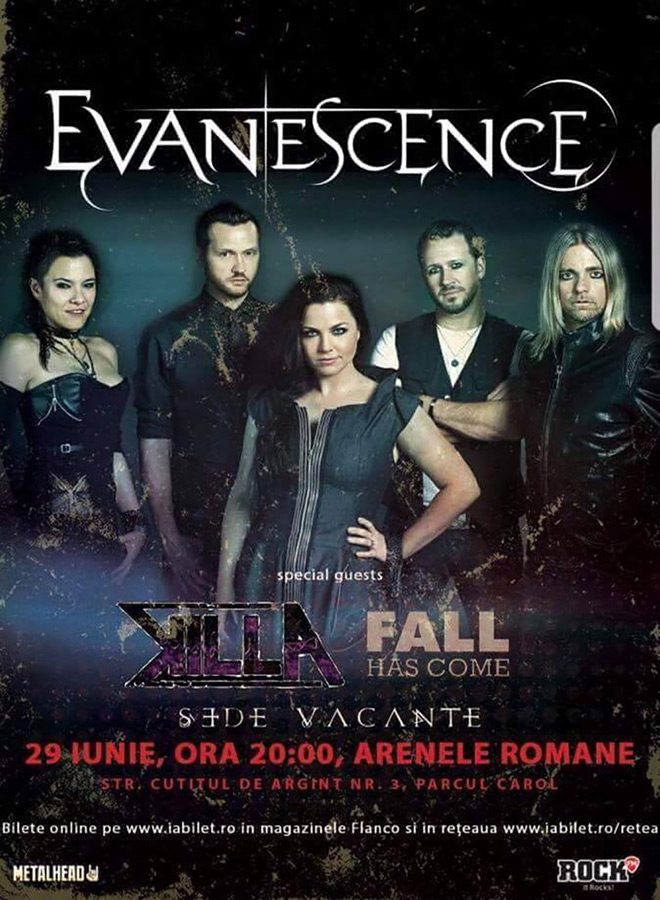 Sede Vacante will be opening for Evanescence on June 29th at the Arenele Romane in Bucharest, Romania, along with Killa and Fall Has Come.