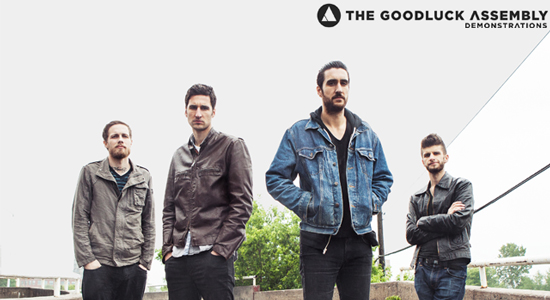 It is time for Canadian Indie Rock group, The Goodluck Assembly, to shine. Formerly known as Sojourn, the band began in 2005, dropping a full-length album, Glowscape, in 2011 and followed up their talent with their 2013 EP Demonstrations, represented by Trendy Takers Records. This sneak peak into The Goodluck Assembly’s future looks bright, as their subtle, melodic, and atmospheric intentions are met. The Ottawa Indie outfit consists of Bruce (guitar/keys/vocals) and Mike Libbos (guitar/vocals), Jamie Kronick (drums), and Matthew Mowbray (bass). Their skills and styles combine to create a dreamy escapade that the world needs to hear.

While travelling on Scotland’s west coast, the Libbos brothers began their journey of The Goodluck Assembly with inspiration from the rainy and creative atmosphere. This sound they have developed reflects the dark and gloomy nature of their surroundings, which shifted as they recorded the their EP in Brooklyn, NY in 2012 with the help of Gus Van Go (The Stills, Hollerado, Priestess) and Werner F.

The magical way they combine the reality of their surroundings, blissful serenity, and excitable passion with their lyrics, riffs, and melodies proves the hardworking and talented force that The Goodluck Assembly have. The opener on their EP, “Volcanoes,” intertwines scenic and adventurous within the distinct guitar riffs, providing escapism for any indulgent listener. This power continues on with the dreamy “Wait For Me” that is paired with a rougher touch to the instrumentals that show off The Goodluck Assembly’s edge. They reveal all their dynamic traits on this short EP, showing their loving, romantic potential on “Save This Love” and their low and melancholy vibes with one of the highlights “For Rent,” reminiscing Green Day.

What The Goodluck Assembly have accomplished in Glowscape and just a five-track EP is quite incredible, deserving much more recognition that already given. With more push from their unique characteristics and ambient features, The Goodluck Assembly’s next full-length is hopeful to be a knockout record. The natural sources of their inspiration have deemed to be quite useful for this band, leaving listeners wondering what they will hear about next time The Goodluck Assembly look out their windows. 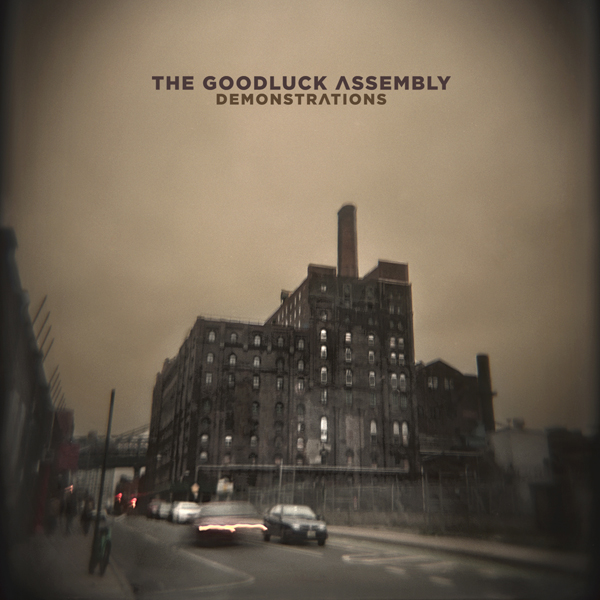