Take the infectious melodies of Thrice and blend in the biting Metal crunch of Killswitch Engage and you will have something that sounds and looks a bit like Lightworker, a brand-new band out of San Francisco. With their independent, debut EP, Resilience, Lightworker are proving that with heart and sincerity all things are possible!

Lightworker – Vocalist Joe Calderon, Guitarists Grayson Hurd and Dhruva Noel, and Drummer Kenny Christenson – began in late 2014 under the guise of Red Skies. They underwent multiple line-up changes, several name changes, and by January 2017 they were newly baptized in the flames as Lightworker. Despite being veritable babies to the music scene, Lightworker have already released 2 stand-alone singles (“Prelude/Confession” – which features Jack Daniels of War of Ages – and “Origins”), as well as their most recent offering the Resilience EP.

Produced by Josh Barber (War of Ages, Norma Jean, Sevendust), the EP was recorded in part in Nashville, Tennessee at Ocean Way Studios. The bulk of the EP was mixed and mastered by Nicholas Page of For All Eternity, though former bandmate Nick Loiacono handled the mixing and mastering for “Filthy Believer.”

Why “Resilience?” A former founding member of Letters from the Fire, Hurd answers this question with a smile: “I came up with the name and everyone agreed it fit perfectly – mainly because it really encompassed in one word what it truly took from everyone involved in the record to get this thing created, recorded and released. That is also what Joe wanted conveyed in the artwork: we wanted it to look visually beautiful but also wanted it to contain elements of struggle and hardship.”

Officially releasing Resilience to the interwebs on Tuesday, June 20th, Lightworker were perfectly content to embrace the old-school Tuesday music release date. To stay modern, however, they premiered a music video for the lead single “Requiem” on Metal Injection the week before the official release.

What can one expect from Lightworker and their aforementioned Resilience EP? Notes Calderon: “Lightworker is a Metal band that write heavy, guitar-driven songs with melodic vocals that are about facing the trials of life with a quiet sense of hope.” A perfect description of a band with collective influences that range from the chomping bite of Killswitch Engage and Underoath to the eclectic and artistic endeavors of Thrice. They could tour with anyone from, say, up-and-comers Miss May I or Crown The Empire to tried and true favorites like Stone Sour, Skillet, or, hell, even heavyweights like Korn. For further sonic reference, they have shared the stage with the likes of Wage War, The Ghost Inside, Mest, Eyes Set To Kill, Bad Seed Rising, Gideon, The Nearly Deads, and Varials.

The Resilience EP kicks off with first single/video “Requiem,” an infectious biter that proves from the outset that Lightworker are not a commodity to be ignored. Vocalist Calderon has a set of pipes that can easily compete with some of Metal’s finest, all while his bandmates weave gorgeous sonic poetry around his words. The animalistic, growling perfection of “Convalescence” questions faith and endurance, while sounding like one truly vicious, hopeful beast.

With more soaring vocals and one truly killer bass-line, “Dysphoria” cements that none of this is a mere fluke. Lightworker follow this with “Myopic” – a track that features Shane Carroll of For All Eternity – a combination of killer heaviness alongside intricate guitar work and delicious melodies. They conclude – far too soon! – with the addictive crunch of “Filthy Believer,” which sounds like Heavy Metal gold. Five songs is just not enough from this deliciously heavy California quartet! 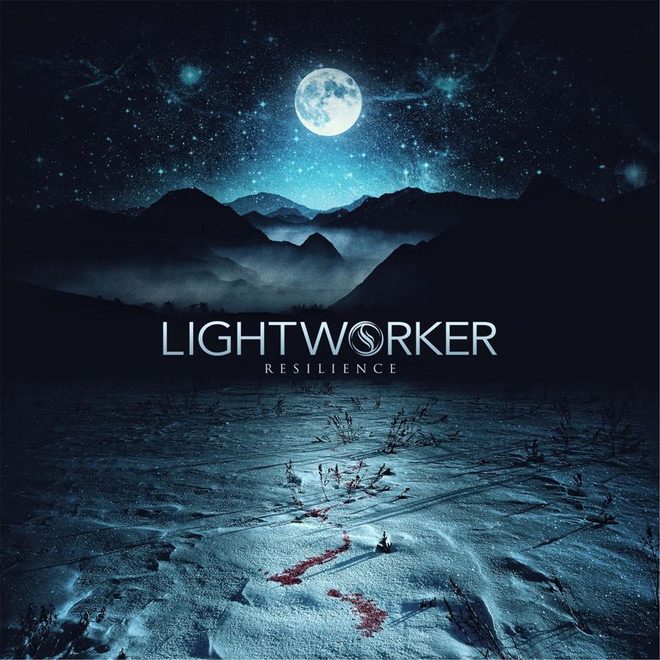