When people think of bees, honey and hives usually comes to their mind. On the other hand, Horror fans will more than likely think of The Candyman series. In a similar vein, and using bees within the plot, comes Brazilian film, The Devil Lives Here. Also known as O Diabo Mora Aqui and The Fostering, it was released in the US on December 13th via Artsploitation Films DVD as well as VOD. A collaborative writing effort from Guilherme Aranha (debut film), Rafael Bailu (M is for Mailbox 2014, A Play for Passion 2015), and M.M. Izidoro (Ikaros 2013, Amare 2016), Rodrigo Gasparini (M is for Mailbox 2014) directs the intriguing story of three teens thrust into the ultimate battle of good and evil told through two timelines. 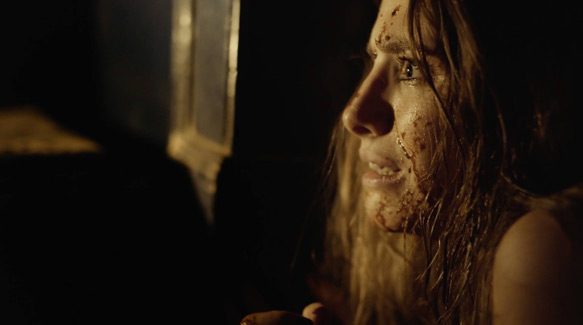 Jorge (Diego Goullart: debut film), his girlfriend Alexandra – aka Ale (Mariana Cortines: Malhacao 2013), and his cousin Maria Augusta – aka Manu (Clara Verdier: debut film), arrive at their friend Apolo’s (Pedro Carvalho: The Way he Looks 2014, Snuff Said: More em Video 2015) large and old residence for a weekend of fun and catching up. Jorge used to spend a lot of time with Apolo when young in the house and remembers it used to be owned by Luciano’s family (Felipe Frazao: Santo Forte 2015, Terminadores 2016). With Luciano believed to be dead, Apolo has lived in and taken care of the property since.

The first evening, when the four are drinking and having fun, Apolo tells them about the house’s dark history. Long ago, a man known as the Honey Baron (Ivo Muller: Unidade Basica 2016, La muerte Marga Maier 2017), owned the property and a lot of slaves who he treated with cruelty and violence.

After committing atrocious acts against her son Bento (Sidney Santiago: Um Salve Douter 2016, The Ballerina 2016), he forced himself upon a queen of the slaves who held a great deal of supernatural power the baron wished to possess. She bore a child to him but realised the only way to stop the baron’s evil ways was to take drastic measures by killing their newborn and trapping the three of them on the property until the curse is broken. 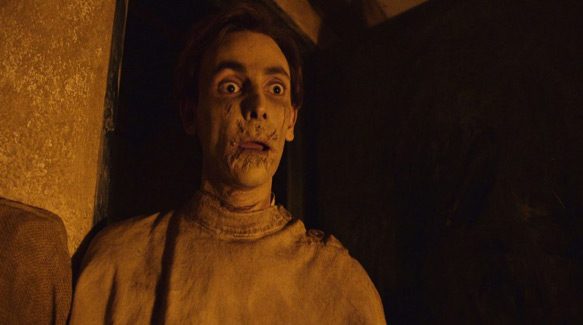 Flashbacks to the property’s past while Apolo is telling the tale hint at the depravity of the Honey Baron. Once a year on a night called “Bento’s Night,” which also happens to be tonight – the people who look after the place must go down to the basement and free the baby’s soul so the Baron cannot return. Initially, Manu and Ale believe the story only to find Jorge and Apolo played a joke on them but a large part of it is true. At this time of year no other people should be in the house, but with Luciano dead, Apolo no longer thinks this rule applies.

Ale begins to experience violent and dark visions during the course of the evening but is overdue for her medication. At Jorge’s urge, Ale takes the pills, however, the visions do not stop, instead they increase. Somewhere else Luciano is in fact alive and with his brother Sebastião (Pedro Caetano: Leo e Bia 2010, Disparos 2012) are bringing back a dead man to help stop the Honey Baron from returning.

At some point during the evening, it is revealed that Apolo has always desired to free the baby’s soul, believing it to be good, and strange things start happening in the house. Not long after, the evil Baron returns and seeks revenge on everyone in the house.

At this time, Sebastiano and Luciano arrive at the house and are stunned to see four people there. This places both Sebastiano and Luciano in a difficult position, as that particular rule being broken changes everything. In the flip of a switch, Manu, Ale, and Jorge are knee deep in a centuries old curse and the subsequent battle between good and evil. 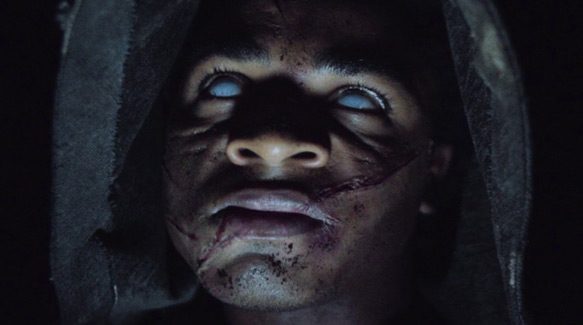 The Devil Lives Here is fast-paced, has a tight storyline, and unbelievable acting from less experienced actors. The dialogue is realistic, and each character is fully developed. By the time the action really kicks off, the viewer feels for each character and excellent dialogue. With plenty of twists and turns to keep the viewer on the edge of their seats, its uniqueness makes it a must watch for all Horror fans. In addition, the cinematography and special effects are likewise excellent and cement this story into the tight movie it is.

The open ending hints at the possibility of a sequel and the Horror world could use a fresh terrifying supernatural killer. While the dialogue is in Portuguese, English subtitles are provided and do not deter from the viewing experience. CrypticRock gives The Devil Lives Here 5 out of 5 stars. 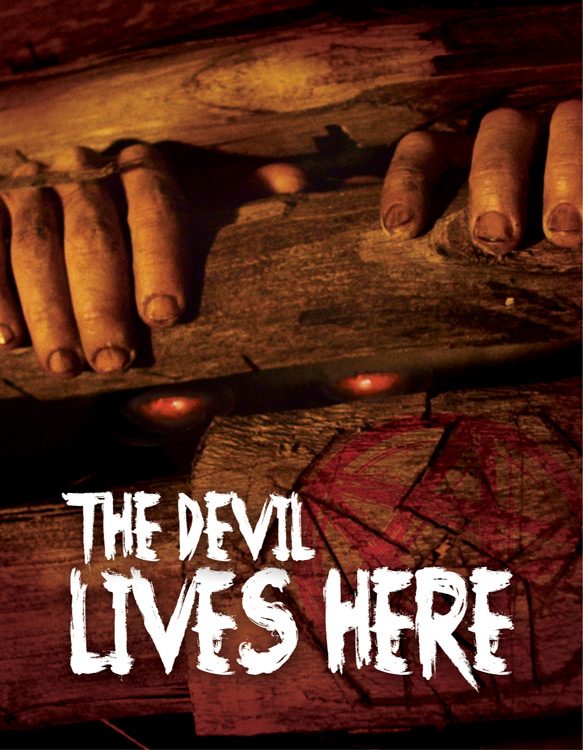